Bitter rivals Josh Taylor and Jack Catterall had to be separated after almost coming to blows at ringside ahead of Chris Eubank Jr’s middleweight clash with Liam Smith in Manchester.

Taylor and Catterall faced each other in the ring last February, with the former being awarded a controversial split-decision win, despite many observers feeling that Catterall should have been given the nod.

The pair have argued about the verdict ever since, and tensions were running high when they were sat just a few feet apart at ringside on Saturday night. 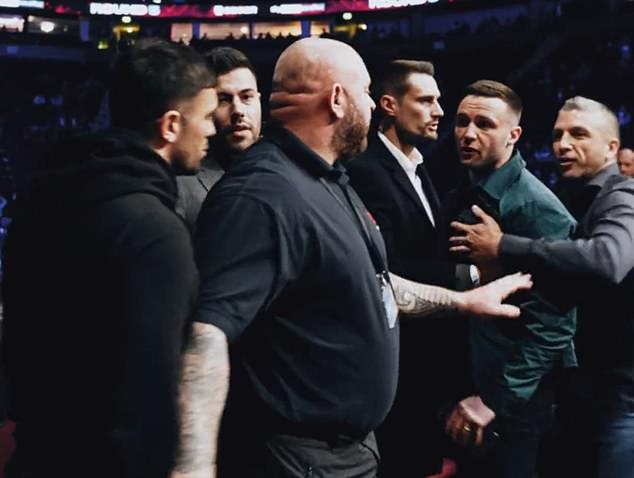 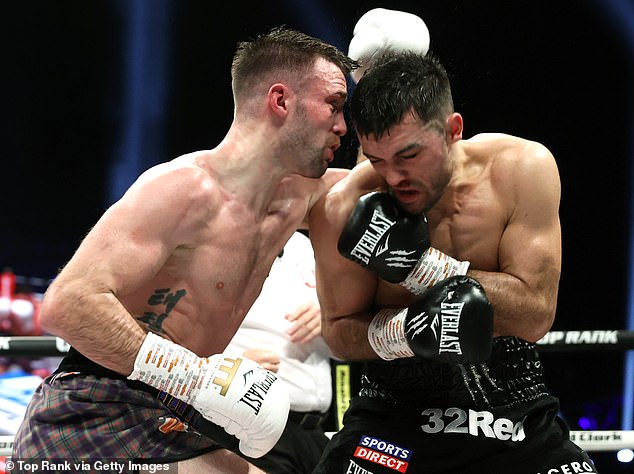 After exchanging words, it was Taylor who rose to his feet first and started to move towards Catterall to confront him.

The Englishman followed suit, but security quickly stepped in to assure that they stayed apart.

Both men then sat back down either side of promoter Ben Shalom to continue watching the evening’s action.

Taylor and Catterall are due to settle their differences in a long-awaited rematch on March 4, but fans may now have to wait a little longer for them to meet once more. 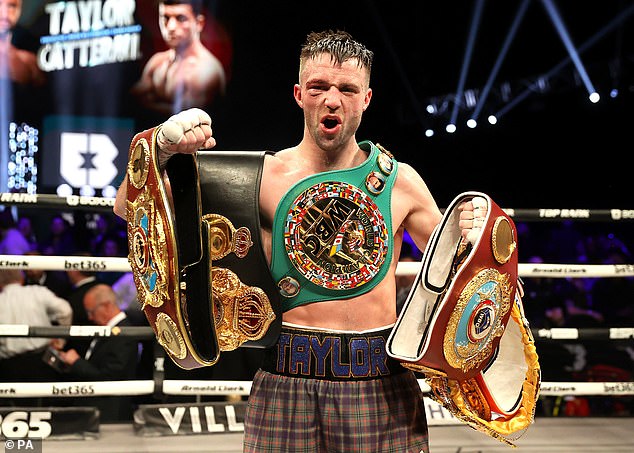 This follows a report from ESPN that Taylor has suffered a tear in his foot, causing the domestic showdown to be postponed.

The Scot is expected to be sidelined for 6-12 weeks, suggesting the bout may need to be rescheduled for late spring.

Many expected Taylor to move up to welterweight after struggling in the first fight, but he has insisted that he has remained in the 140lb division to take on Catterall again.

However, it has been a frustrating period for fans, who have had to wait almost 12 months for the rematch to be announced, and there now looks set to be a further delay.