Terence Crawford and Shawn Porter went face-to-face for the final time before their blockbuster welterweight title fight as the American rivals both weighed under the 147-pound limit on Friday.

Crawford, 34, makes his fifth defence of his WBO welterweight title in Las Vegas against two-time former 147-pound king Porter, 34, who makes his first appearance in the ring for 15 months having endured a frustrating spell on the sidelines.

And the pair engaged in an intense final staredown just hours out from their headliner in Sin City. While Crawford admitted he respects ‘Showtime’, he believes he poses too many problems for the challenger. 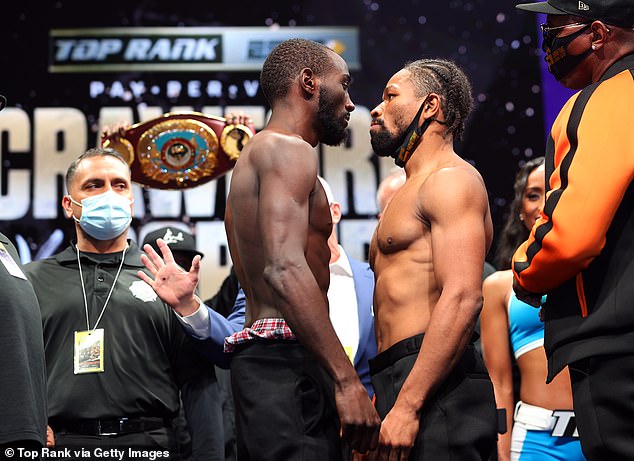 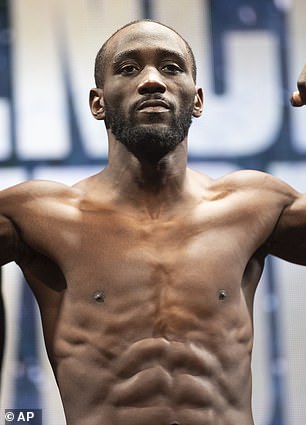 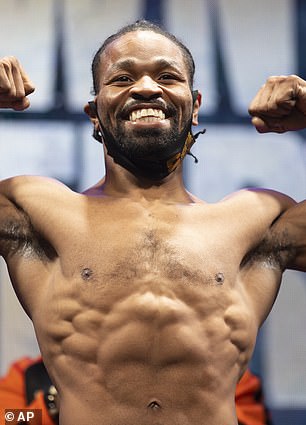 ‘I respect everything that Shawn does,’ Crawford, who weighed in at 146.4 pounds, said on Wednesday.

‘Shawn is athletic, he can box, he can bang, he can move around in the ring, he can cut corners and take angles. 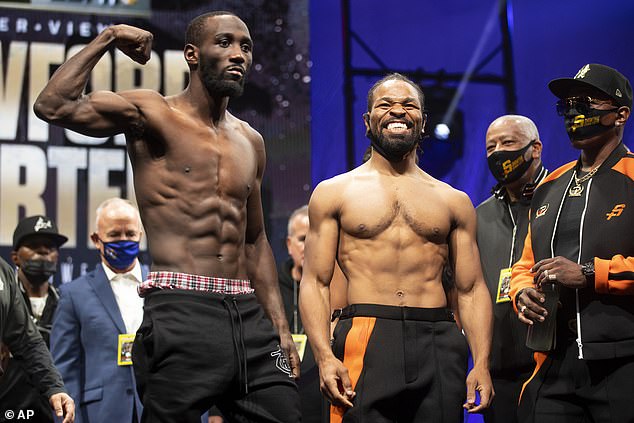 Crawford is widely regarded as, pound-for-pound, one of boxing’s most talented stars at present.

The champion has won all eight of his last fights inside 12 rounds, but will face a stern test in Porter, who has never been stopped across his 35-fight career.

‘When you consider the experience in this fight and me having more experience than Terence Crawford, that is a fact,’ Porter said.

‘When I say the fight between me and Terence Crawford is going to be great, it’s gonna be great. When I say I have what it takes to beat him, don’t sleep on that, believe that.’