Tony Bellew has proposed that Deontay Wilder should face Oleksandr Usyk for a potentially newly-created WBC super-cruiserweight world title, after he was put in charge by the organisation to investigate an idea to introduce a new weight class.

Currently, the maximum limit for cruiserweight fighters is 200lbs, with anyone above that considered a heavyweight.

But Bellew wants to change that by putting the cruiserweight limit down to 190lbs, 15lbs above light-heavyweight.

He would then bring in a new super-cruiserweight division with a maximum weight of 220lbs. 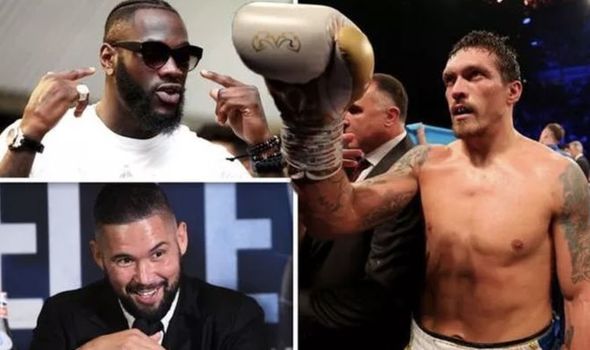 Bellew told talkSPORT: “As great as some of them are – the likes of Oleksandr Usyk – it’s looked at now that he’s not gonna be able to compete with the monsters.

“Here’s where my thinking goes with the WBC, and I’ve said this to Mauricio Sulaiman the WBC president.

And Wilder, who actually weighed above 220lbs for his fight with Tyson Fury earlier this year, usually weighs between 210-215lbs.

Bellew would like to see Wilder face off with Usyk, who’s had just one fight at heavyweight but was the undisputed cruiserweight world champion.

“You can’t mess around; you can’t have a ‘super-heavyweight’ in boxing. 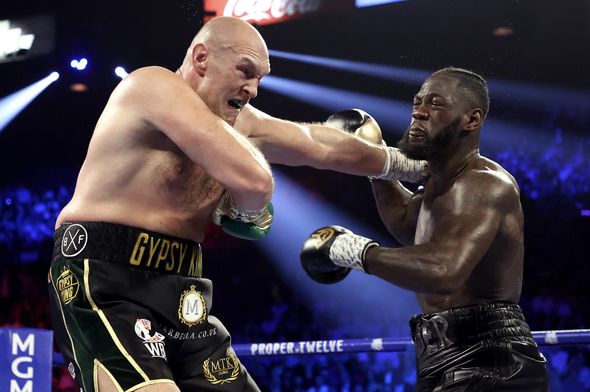 “There’s one heavyweight division, that’s all there should ever be, you can’t go messing around with the names of them.

“People say, ‘Well, what would you call it?’

“Something of that ilk. You can’t ever have a ‘super-heavyweight’ division, it’s not reasonable, it’s ridiculous.

“This weight class we’re looking to bring in is the perfect thing.

“If I had complete control of something like this, the first match-up I would look to do would be Deontay Wilder vs Oleksandr Usyk for the belt.

“It’s an amazing fight, the division would be relevant immediately with a fight of that magnitude.”