Tyson Fury has rejected Anthony Joshua’s December 17 fight date request and has countered it with two alternative offers. The Gypsy King affirmed that he will only stage the contest on November 26 at Wembley Stadium or on December 3 in Cardiff.

Fury offered Joshua a shot at his WBC title at the back end of this year after Oleksandr Usyk confirmed he would be out of action until 2023. The challenge was verbally accepted by AJ and an official proposal was sent out by Frank Warren the next day.

All of the terms were accepted with the exception of the date which was originally given as November 12. AJ’s team countered with the request to push it back one month to December 17 but that has since been denied by Fury.

Speaking to talkSPORT, The Gypsy King said: “I have seen that they are trying to wriggle a little bit with the date because we officially have Manchester United’s football ground booked for the 12th of November, however, they are saying that is too short. 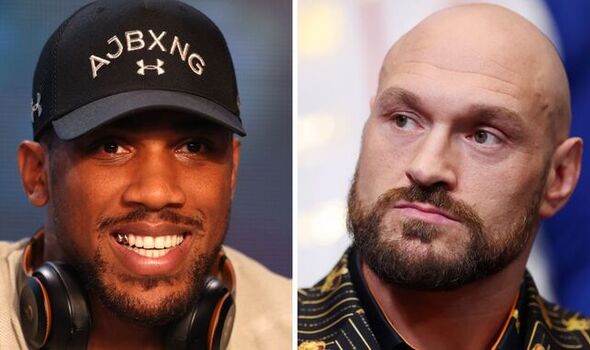 “So, what I have got that’s even better than that is Wembley Stadium booked for the 26th of November of this year. And if he doesn’t want to go to Wembley at the end of November, I even have a December date for him – the 3rd of December at Cardiff!

“So, take your little pick, dosser. There’s no wriggling!”

Usyk offers to join forces with Joshua for Fury showdown

He continued: “They have come back and said the split is more than generous, everything is good, they are just saying they want December. So I have November 26 at Wembley, the only time it is available, or I have the 3rd of December.

“One of them is 11 weeks, one is 12, so if a professional athlete who is shredded all year round can’t get himself in shape in three months, there is a problem. He’s coming off a 12th round fight, he’s fit. He’s got three months preparation for this fight, he is getting 40 per cent of a massive amount, he’s got loads of picks of different dates so there is no real reason it doesn’t happen, unless he doesn’t feel he is up to the task, or thinks he needs a couple of fights coming back from a loss, whatever.

“However, the opportunity is there and it won’t be after this because I will be busy fighting Usyk for the undisputed championship next year.”