Tyson Fury has been handed a 45-day medical suspension from boxing following his epic victory over Deontay Wilder in Las Vegas.

The Gypsy King, 33, climbed off the canvas twice to defeat the Bronze Bomber, 35, with an 11th round knockout to conclusively settle the pair’s rivalry and cement his status as the best heavyweight on the planet.

Fury was unwilling to talk about the future in the aftermath of his seismic victory over Wilder, but is expected to defend his WBC title against mandatory challenger Dillian Whyte next year, if the Londoner defeats Otto Wallin this month. 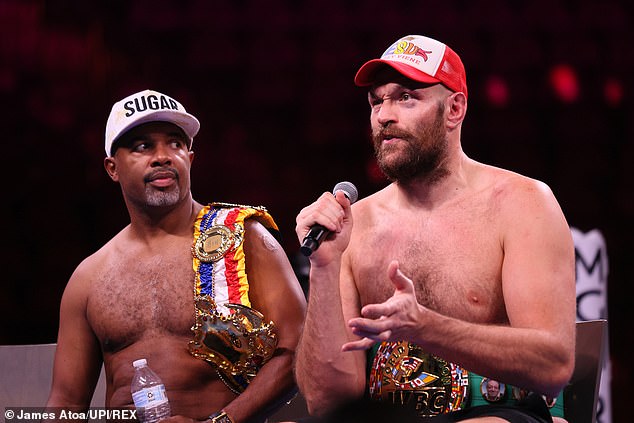 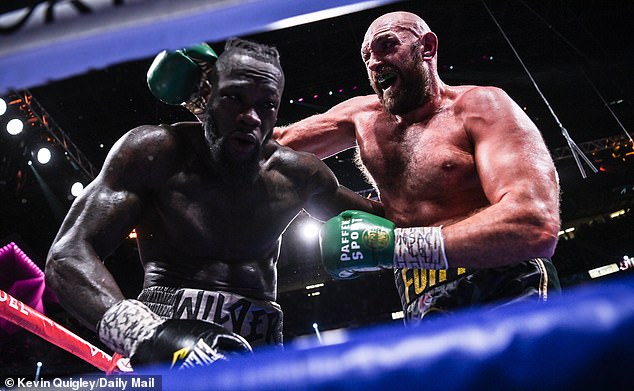 And the Nevada State Athletic Commission – who regulate all contests in Las Vegas – have determined that Fury must follow a 45-day suspension from competition for medical reasons so as to recover from Saturday’s contest.

Meanwhile, Wilder has been given a six-month medical suspension, such was the severity of punishment taken over eleven rounds of action.

Wilder was immediately taken to a Nevada hospital to be checked over after the bruising encounter and he will now undergo surgery on a broken hand next week.

The 35-year-old was sent to the canvas on three occasions, with the final, devastating blow leaving referee Russell Mora with no choice but to wave off the contest. 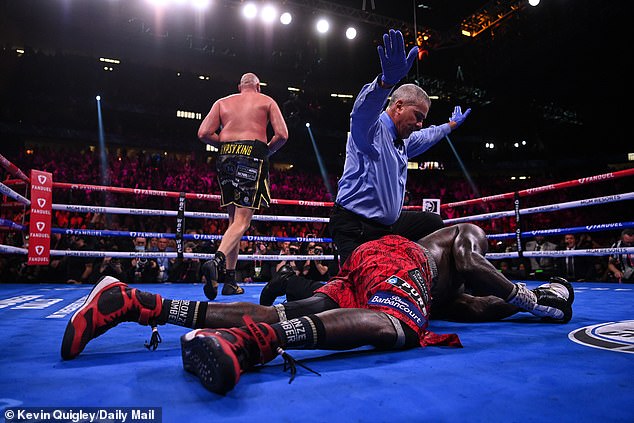 As a result of his injuries, the Nevada State Athletic Commission have suspended him until April 8, meaning he cannot return to the ring until that date unless he is medically cleared by a doctor beforehand.

It is unclear exactly when Wilder, known for his devastating right hand power, did the damage but he also has broken both a finger and knuckle.

His co-manager Shelly Finkel told The Sun: ‘Deontay broke his right hand behind the third knuckle and he has to have that fixed next week.

‘He has to have surgery, the knuckle is OK, it’s the bone behind the knuckle that broke. He’s sore but he was OK, he was home yesterday. 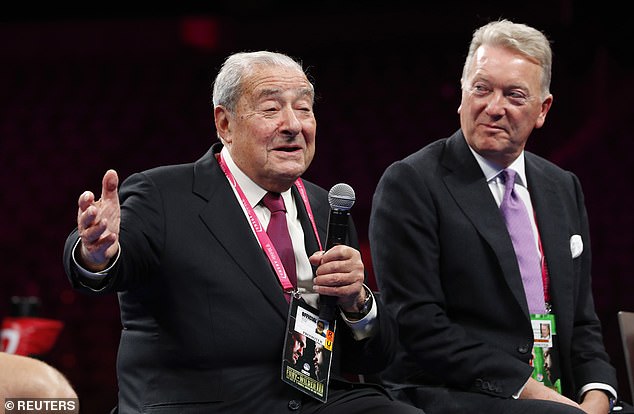 Fury’s US promoter, Bob Arum, has said he is in no rush to discuss Fury’s future plans

‘He’s healing and at this point, if everything is OK, after the hand surgery he’ll probably look to enter the ring mid next year, like April or May.’

Fury touched down in Manchester on Tuesday and his US promoter, Bob Arum, said he will discuss future plans with the Gypsy King in the next couple of weeks.

‘I haven’t talked to him about that, I called him and he had just been back in Manchester for a few hours and we had a nice conversation,’ Arum told iFL TV.

‘I have learned after an event like that you don’t talk to the fighter about what’s next for at least a couple of weeks. Let him relax, let him enjoy, then we will figure out what is best for him.’ 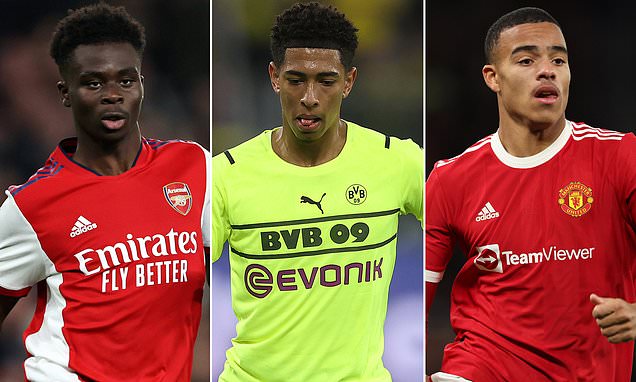