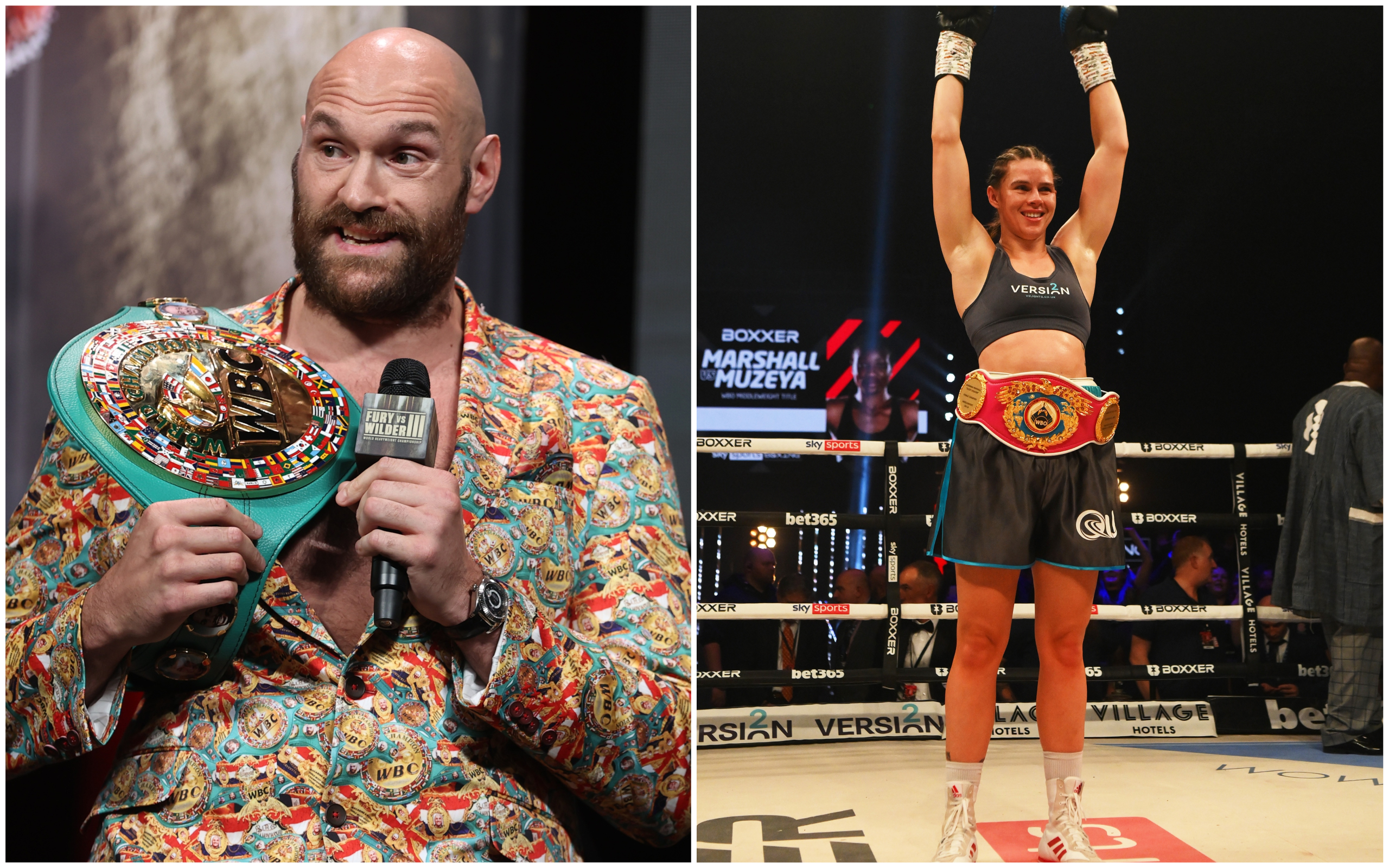 Tyson Fury says he would rather fight middleweight champion Savannah Marshall in a ‘cross-gender’ boxing match than consider some of the heavyweight names currently on the table for his next fight.

WBC champion Fury was expected to defend his title against Dillian Whyte early next year but an ongoing legal arbitration between the governing body and the Londoner has put those plans on hold.

Joe Joyce is ready to up and fight ‘The Gypsy King’, having moved into the no2 spot in the WBC’s rankings.

But Fury has shown little interest in that showdown, insisting the only fights that interest him are a unification bout with WBO, IBF and WBA champion Oleksandr Usyk, or a Battle of Britain with Anthony Joshua.

And with tongue-firmly-in-cheek, Fury insisted a meeting with the ‘unbelievable’ undefeated WBO champion Marshall is also a more appealing option.

‘I’m probably looking at someone like Savannah Marshall to fight in a cross-gender heavyweight championship match-up.

‘That is more interesting to me. I really do rate Savannah as a fighter, I think she’s an unbelievable fighter and I’d be really interested in making the fight to be honest.

‘She’s a big girl and a super-middleweight I think, so I’d come down to like 17st from 20 and she could come up from like 12st or something and do a cross-gender fight… I’m being serious.’

Asked if the red-tape around a proposed meeting with Whyte had frustrated him, Fury added: ‘I’m not bothered, I’m enjoying myself on a daily basis.

‘But I’ll be looking forward to that fight with Savannah if Usyk and Joshua don’t happen.

‘But I would be open to fighting Savannah Marshall – the challenge is out there, Savannah. Take it up.’

Marshall, who is trained by Fury’s uncle Peter, is in action again later this month with a huge bout against American star Claressa Shields expected to follow next.