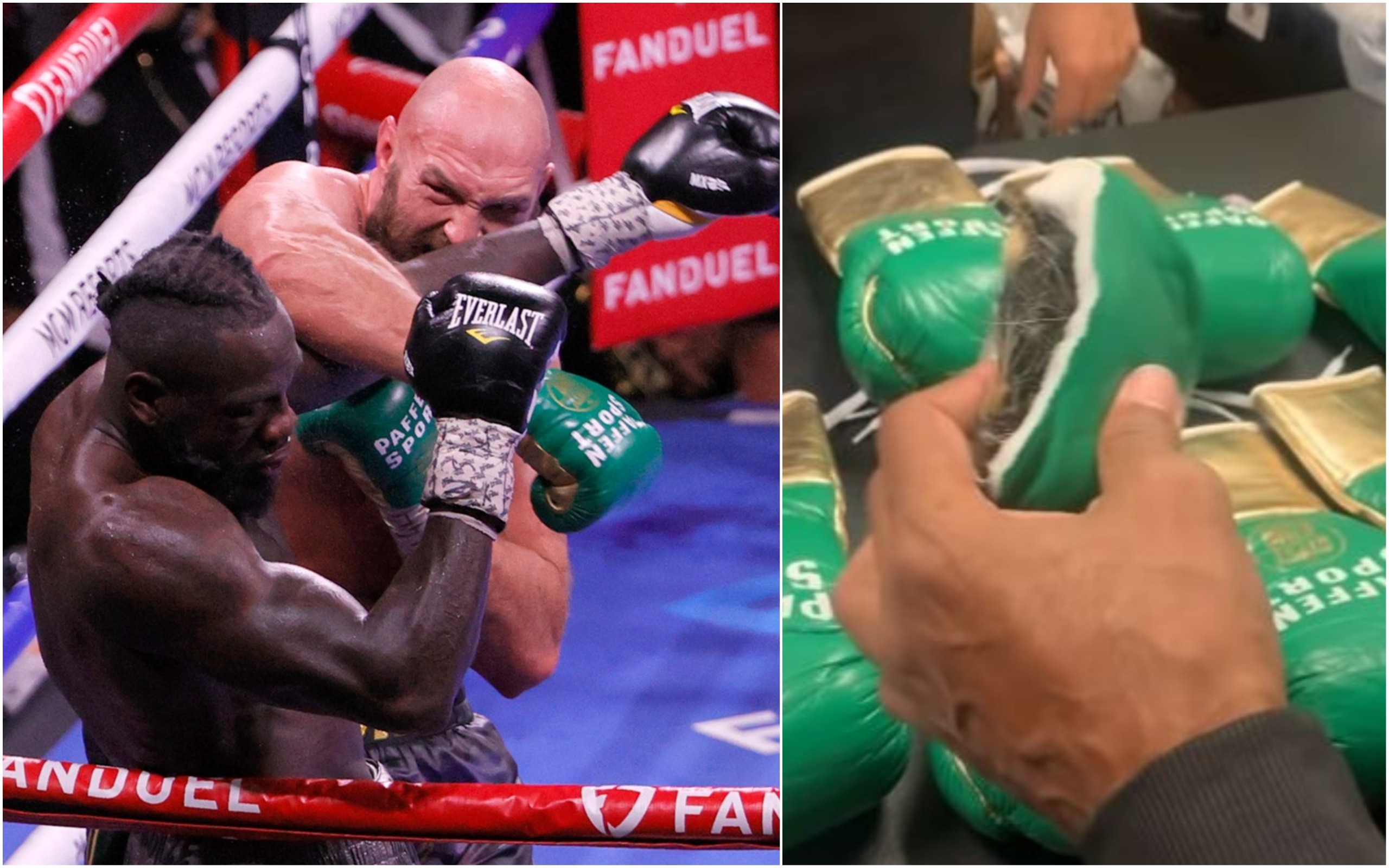 Tyson Fury has dismissed Deontay Wilder’s complaints about his glove selection after his KO victory in Las Vegas on Saturday evening.

In a thrilling trilogy fight at the T-Mobile Arena, Fury put Wilder on the canvas in the third round but was then knocked down twice by the Bronze Bomber in the fourth.

Fury was able to quickly shake off that setback to exert his dominance and another sharp right hand in the 10th put Wilder down again.

Fury then went on to secure the win in the 11th round with another devastating right hand which sent Wilder crashing to the canvas. Referee Russell Mora immediately waved off the fight instead of starting his count.

On the eve of the contest, Wilder and his team raised concerns over Fury’s choice of glove as they were unhappy that the padding consisted of horse hair.

Wilder, who switched his own choice of glove for their third fight, questioned the legality of the use of horse hair inside Fury’s glove and suggested that the Gypsy King was able to manipulate the padding to gain an unfair advantage.

But when asked about Wilder’s complaints about his glove selection after his victory, Fury told Behind The Gloves: ‘I’m sure he’ll have a lot of excuses to make, he always does, he’s a sore loser.

‘He had Everlast MX on, I had Paffen Sport on, the gloves were the same.

‘His trainers were in the changing room yet again [for the pre-fight hand wrapping], they checked everything, there were no queries.

‘He got beat fair and square and that’s all she wrote for Deontay Wilder. I’ll be surprised if he boxes ever again.’

Fury was also upset with Wilder after the fight as his efforts to make peace with the Bronze Bomber in his own corner were rebuffed.

‘I was just saying well done in the fight,’ Fury told Seconds Out when asked what he told Wilder in the corner after the fight.

‘But Wilder is a sore loser, he always has been and he probably always will be.

‘He’ll probably make a million excuses again why he’s lost the fight, but you know what, I’m sick of hearing it.

‘He got beat, he’s got beat by me three times now. It’s just clear to say I am the better man, there’s no shame in losing to the better man.

‘He tried his heart out but it just wasn’t good enough.’