Tyson Fury has been warned by Deontay Wilder's trainer Malik Scott that he must change his fighting style to beat Oleksandr Usyk.

Fury viciously stopped wilder in round 11 of their contest back in October, with fans and experts praising the American's improvements with Scott in his corner.

And the former fighter has told Fury, with whom he sparred during his days as an athlete, that he will need to go back to how he fought Wladimir Klitshcko if he wants to become undisputed champion.

Fury and Usyk hold the heavyweight world titles, and could fight to become undisputed in a mega-fight next year.

And Scott believes that the Brit will having the beating of his Ukrainian rival, should he revert to his old defensive style that saw him beat Klitschko in 2015 for the unified belts.

"I believe that the Tyson Fury that fought Wladimir Klitschko, Deontay the first time, Christiam Hammer, Steve Cunningham gives Usyk all kinds of fits," Scott said during an interview with ESNews.

"Especially the Tyson that fought Deontay the first time, the movement, reflexes – but this Fury right now, Usyk would beat.

"I believe the heavier Tyson Fury that wants to come forward, take chances, and put his weight on people is a perfect system for Usyk to operate off.

"His feet are fast, he turns on angles, he's a good counter-puncher, and his punches are so accurate that they come with a bit more sting than they appear."

Scott coached Wilder for his trilogy bout with Fury, which was marred by a bitter rivalry between the pair that stemmed from years of feuding.

But he insisted that he is only talking logically when he predicts that Usyk will give Fury problems if and when they face off next year.

"If I tell you my opinion about a fighter and a fight, it's because I'm going off my logic," Scott insisted.

"So if I had to bet on that, I would bet that Usyk would beat Tyson Fury, especially this Tyson Fury.

"This Tyson Fury is much more vulnerable and easy to hit than any Tyson Fury before – the Tyson that fought Deontay the first time for me is the pain in the a**.

Do you agree that Fury needs to make major changes to beat Oleksandr Usyk? Let us know your thoughts in the comments section below!

"That guy is extremely hard to beat, and it's good that he's taking chances and he's more entertaining, I'm not taking that away from him.

"But if we're talking about style match-ups, that style against Usyk's style I think Usyk wins."

Fury would enter the ring against former cruiserweight champion Usyk with a half-foot height advantage and a seven-inch reach disparity.

And despite not being known as a knockout artist with one-punch power until his trilogy with Wilder, Fury managed to stop the last former cruiserweight champion he fought in Steve Cunningham.

He was dropped by the much-smaller American during his Stateside debut in 2013, but managed to land a vicious seventh-round hook of his own to win the fight.

Usyk recently made the move up to heavyweight, where he looked unimpressive against Chazz Witherspoon and Derek Chisora before obliterating Anthony Joshua in a stunning performance to win the belts.

He is one of only three men to make the move and win belts in both weight classes after David Haye and Evander Holyfield. 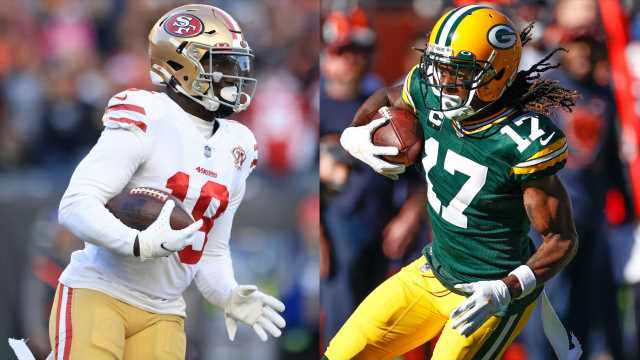