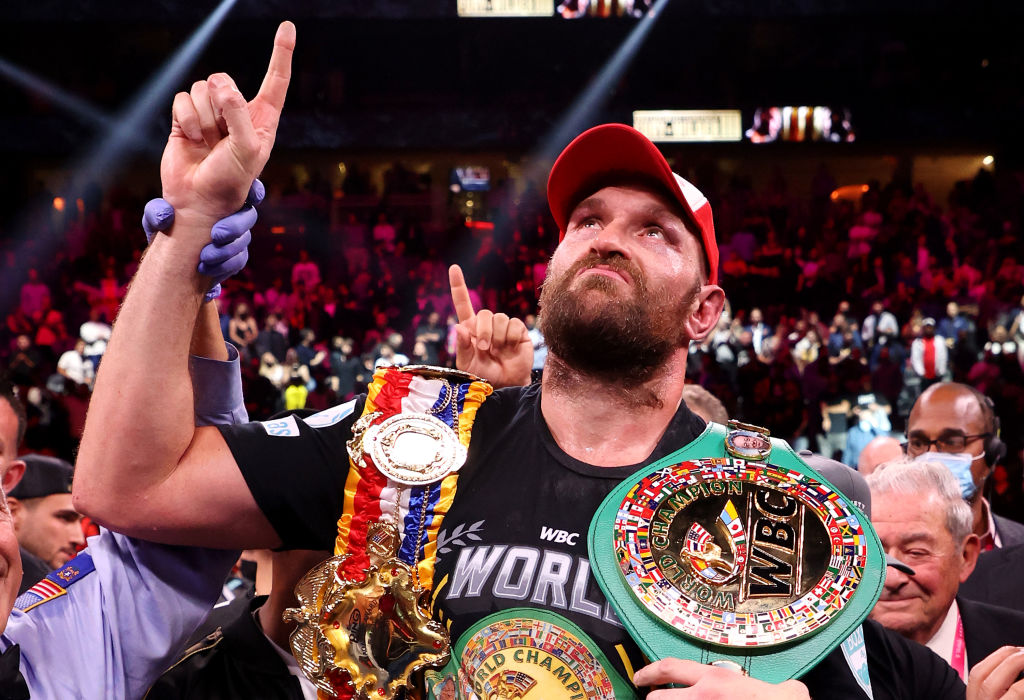 Tyson Fury is expected to fight Dillian Whyte or Otto Wallin next after his spectacular victory over Deontay Wilder.

In an exhilarating trilogy fight in Las Vegas, ‘The Gypsy King’ recovered from being knocked down twice in the fourth round to finish off Wilder in the 11th and retain his WBC heavyweight title.

Fury’s next opponent appears to have already been decided following a ruling from the WBC during fight week.

A statement from the governing body on Wednesday confirmed that the winner of Fury vs Wilder will have 30 days to agree a unification bout with new IBF, WBO and WBA champion Oleksandr Usyk.

Anthony Joshua’s rematch clause is likely to scupper those plans, however, with Eddie Hearn confirming that bout is likely to take place in ‘early spring’ next year.

Instead, Whyte will be next in line, providing he beats Otto Wallin and retains his status as WBC ‘interim’ champion on 30 October.

Whyte has been among the WBC’s top ranked contenders for a number of years and will be hopeful of getting his chance of winning the belt in the near future.

In September, Fury revealed his four-fight plan to follow Saturday’s showdown with Wilder.

It began with a December showdown with Whyte back in the UK, although the Brixton heavyweight’s meeting with Wallin this month would surely delay those plans.