When you consider his resume and physique, it’s hard to imagine that Sonny Bill Williams is afraid of anything.

And yet Williams, all 110kg and 191cm of him, concedes fear is a major factor when embarking on pursuits such as fighting knockout specialist Mark Hunt. Which is why, in a sport that is all bravado and bluster, the cross-code star won’t be talking himself up or his opponent down ahead of their clash at Ken Rosewall Arena on November 5.

“I get nervous and scared before sparring. But I know I’m ready. I’m a simple guy and I feel my way each day. I walk through those challenges.

“That’s how I’ve also tried to live my life. 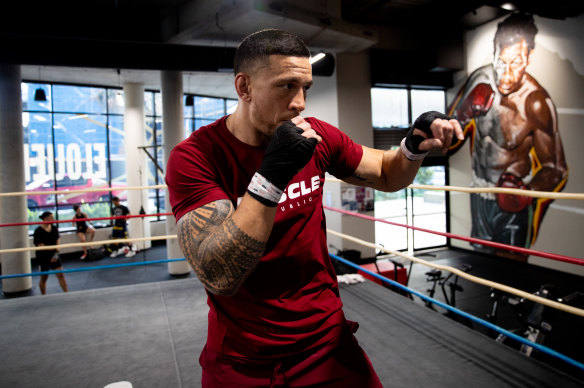 “Being a man of faith, I hang my hat on that and God willing it will work out. God willing I get to go home to my four beautiful kids and my beautiful wife.”

The promotion for the Williams-Hunt heavyweight clash will begin in earnest in the coming days. However, don’t expect either man to engage in the usual theatrics in a bid to attract viewers.

“I don’t want to be that guy in the boxing game where I’m trashing people and talking bad about people,” Williams said.

“I’ve done that a little bit, but it’s not my go, bro. I feel like it’s not me, I feel yuck afterwards. 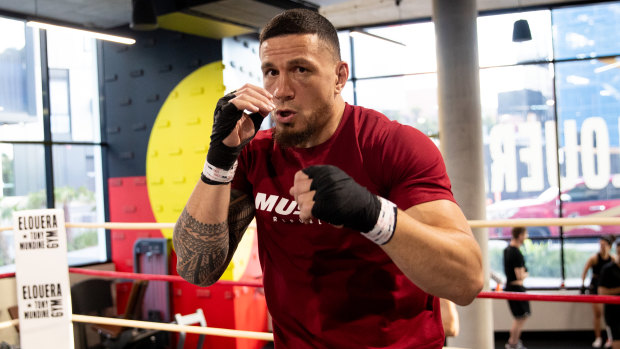 “There’s more to life than sport. I love it and give it my all, but that’s the way I try to look at it.”

That “yuck” feeling? Perhaps he’s referring to some of the banter between himself and Barry Hall, the previous opponent he knocked out within two minutes in March?

“Maybe,” Williams replied. “It’s just the fight game. There’s always street talk, ‘You’re gonna do that to this guy and that guy’.

“At the end of the day we’re all out there doing our best, walking that same path. It’s daunting and it’s scary sometimes. I need to be a realist and show mad respect to every fighter out there.

“I didn’t grow up doing this, that makes it a greater challenge, a greater reward and satisfaction. You’re a long time retired. Hopefully next weekend is a successful night on this little boxing journey.”

“I feel like it’s not me, I feel yuck afterwards.”

In their only joint press conference to date, Williams and Hunt refused to trade the standard pre-bout barbs, speaking respectfully about each other’s achievements. “SBW” revealed he was reticent to fight a fellow Polynesian athlete – Hunt also has a Samoan background – but was talked into the challenge by good friend Quade Cooper.

“Yeah, it’s going to be a dangerous fight but at the end of the day he said we’ve done the hard yards, that we would put on a good spectacle, people will pay to watch that.

“I thought ‘Why not?’ It’s a bit of a taboo for me going up against one of my island brothers, but I show that respect by trying to give him a hiding in the ring and he will do the same.

“It should be a cracking fight.”

Watch SBW v Hunt live & exclusive on Stan Event event on Saturday 5 November. New customers can sign up to a Stan free trial and can purchase the Pay-Per-View at stan.com.au/event.