Deontay Wilder has been warming up for his eagerly-anticipated fight with Tyson Fury in emphatic fashion and has left three pad men requiring surgery.

Wilder, who boasts 39 knockouts in 40 fights, is set to take on Fury in Los Angeles on December 1.

The Bronze Bomber’s head coach Jay Deas has revealed that he is one of three members of Fury’s team that have suffered as a consequence of his hard-hitting approach. 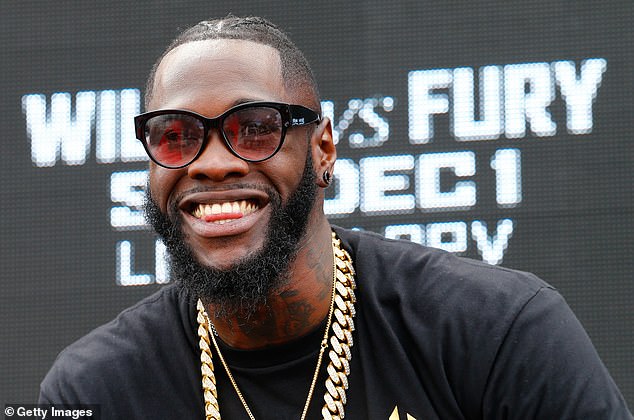 As reported by The Sun, Deas said: ‘I’ve had hernia surgery where he hit me just under the body protector, on my side.

‘So finally I went to the doctor and he said ‘you need hernia surgery!’ I was like ‘what!?’

‘He also separated Mark Breland’s shoulder when Mark was doing the mitts and he dislocated coach Cuz’s thumb. 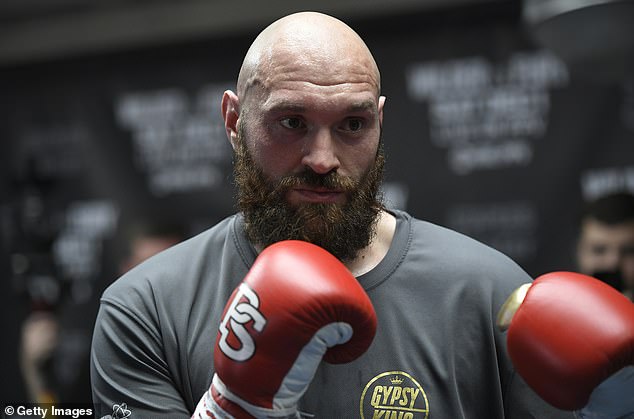 Belts on the line: WBC and lineal championships

Both fighters putting their undefeated records on the line

‘We are the only team who have three mitt men.’

Wilder has been working strenuously as he gets ready to take on Fury, with both fighters set to put their undefeated records on the line.

The WBC and lineal championships will be up for grabs at the Staples Center, with a fight against Anthony Joshua set to lie in wait for the winner.

Wilder called out Fury on social media, stating: ‘You’ll never compete nor will you beat ThaBronzeBomber’.

The last fight for Wilder was in March, when he overcame the threat posed by Luis Ortiz.