Bradley Wiggins says his ‘inspiration’ Lance Armstrong has nothing to apologise to him for, despite the disgraced American beating him to the podium at the 2009 Tour de France before later being stripped of the achievement for systematic doping throughout his career.

Wiggins finished fourth at the 2009 Tour, but was later upgraded to third after Armstrong’s professional accomplishments from 1998 onwards were wiped from the record books. Wiggins went on to win the Tour himself in 2012 and, speaking on radio on Thursday, said he credited Armstrong as an inspiration in his own career.

“When I was 13 and I was living on a council estate in London, Lance won the world title in Oslo and he was 21 year of age,” Wiggins told TalkSport. “I was enthralled by it. I went out on my bike the next day and thought I was Lance Armstrong, and I was riding in Kilburn, up through Hampstead, Cricklewood, as far as I could go before I turned round before it got dark. No one can take that way from me, that feeling of freedom, of going out on the bike and being inspired by him.” 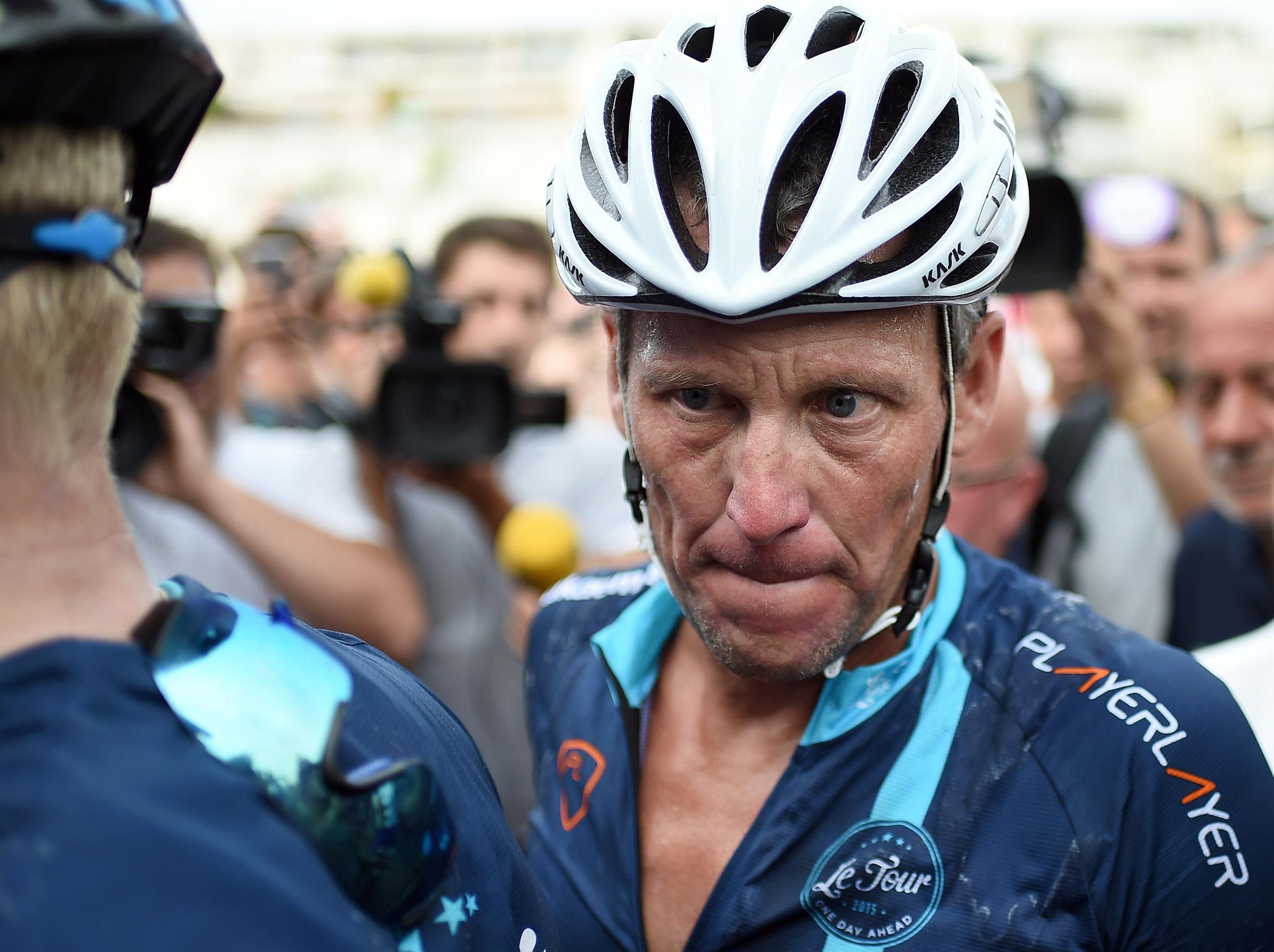 Wiggins, who was embroiled in the Jiffy-bag scandal which was the subject of a parliamentary enquiry which closed last year due to a lack of evidence, said he has got to know Armstrong “as a person” and they speak regularly.

“I’m not saying he’s an icon. He’s iconic for good and bad reasons for me, but whether people like it or not, he’s iconic in some way, good or bad. I can’t change the way I felt about it when I was 13. I never realised then that 16 or 17 years later I would go toe to toe on Mont Ventoux with him for a podium place in the Tour de France.

“Hero’s a bit strong. From the human side – because I still speak to him. [I spoke to him] a couple of weeks ago. I know him as a person post-cycling, post what he’s been through. He doesn’t need to apologise to me, I don’t expect an apology. So many other people [tarnished the sport], so much goes on in the world anyway, bad things. Lance has paid the price heavily.

“OK, the sport has suffered, but he wasn’t alone in that.”