Home » Cycling » Fishing for the stars: How Wollongong hooked the biggest names in world cycling

Creating a road race course for a UCI World Championships is a bit like baiting a hook, with the world’s highest profile cyclists in the role of flighty fish.

The goal is to ensure the course is attractive enough to big-name riders of all strengths and styles to fancy their chances of victory in the one-day race. So, a Goldilocks course: mountainous enough for climbers to believe their endurance can prevail, but with the potential, too, for the high-octane sprinters to spy a long, flat and fast finish.

But when it came to making a course shiny enough to lure the world’s major cycling stars to Wollongong, some European impressions of far-flung Australia had to be wrestled with first.

“It is quite funny, there is this perception in some places in Europe, in the cycling world, that Australia is just flat,” Wollongong 2022 chief executive Stu Taggart said.

“And that we would therefore only be able to design a sprinters’ course.”

Wollongong obviously can’t compare with the soaring ranges of France and Switzerland, but nor can Alpe d’Huez boast a surf beach nearby. 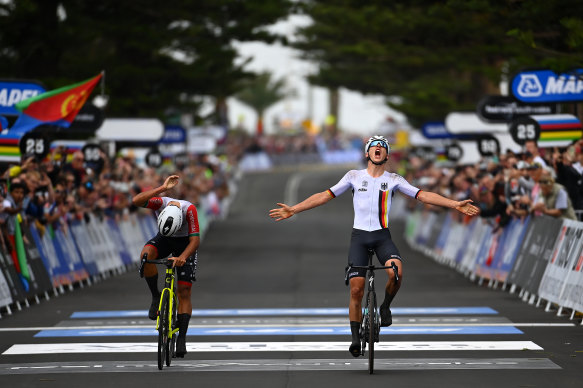 Emil Herzog of Germany celebrates at finish line near Wollongong’s City Beach, as winner of the junior road race.Credit:Getty

This weekend, after several years of design, trial and testing, the fishing haul of the Wollongong 2022 organising team will be on display when the women’s and men’s elite world championship road races are held.

“When you are designing the Grand Tours or something like that, you want something for everyone in the 21 days, in distinct stages,” former Australian cyclist Kate Bates said. “But a one-day race … it needs to be challenging for sprinters and challenging for climbers but open to both, essentially. And that’s not an easy job to do. It will be such thrilling, exciting racing because the best of the best are here.” 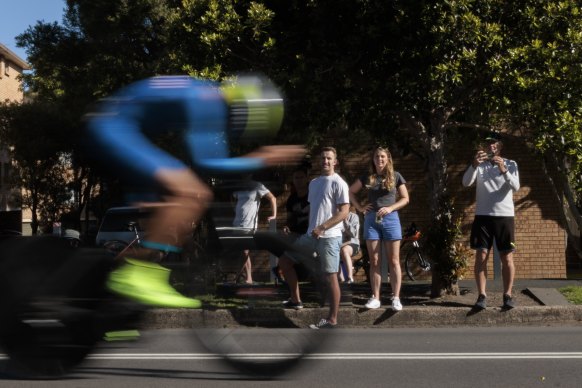 Action in the men’s elite individual time trial at the UCI World Championships in Wollongong.Credit:Brook Mitchell

Bates was one of several ex-Australian stars who advised on the creation of the road-race courses (266.9km for the men’s race and 165km for the women’s), which began to be moulded in 2018 when Wollongong and the NSW Government launched a bid to host the event.

Early plans had the starting line in Sydney, with the pelotons riding across the Harbour Bridge and then 90km south to Wollongong. But complex logistics, cost and a preference for the Wollongong region to wholly own the event soon saw the plans localised.

Putting together a world championship road-race course is a jigsaw, says Taggart, and luring the riders is only one piece. Selling Wollongong to the world as a tourist destination was also a big factor, so the races will start at Helensburgh and take in Sea Cliff Bridge, before winding 30km down the coast to the city. 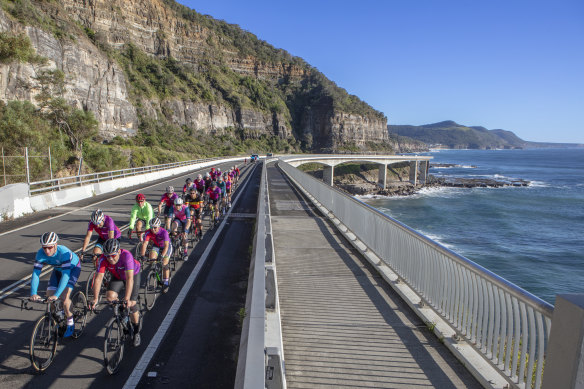 Racers will traverse the Sea Cliff Bridge north of Wollongong.

The riders climb Mount Keira on a 34km loop and, to ensure fans get multiple viewings of the stars, then do 12 laps of a 17.1km city circuit. The women’s race will do six laps.

With a helicopter shot in mind, the final stretch hugs the coast before finishing on the beachfront, next to WIN Stadium.

“The DNA of the Wollongong course has been built around that,” Wollongong 2022 head of sport Steve Peterson said. 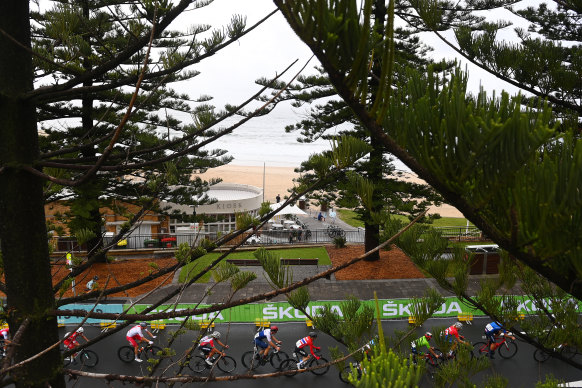 Riders in the under-19 road race travel along the coast in Wollongong on Friday.Credit:Getty

“Nailing that finishing position, we are literally 80 metres from the beach and … we have never had a world championship finish on a beach like that. The pictures out of Wollongong because of that are going to be so recognisable.”

But as much as the unique beach finish was a selling point, so too was steep climbing only a short distance away.

“The proximity between the ocean and the escarpment is what is really unique about this environment, and what will look spectacular on TV,” Taggart said. 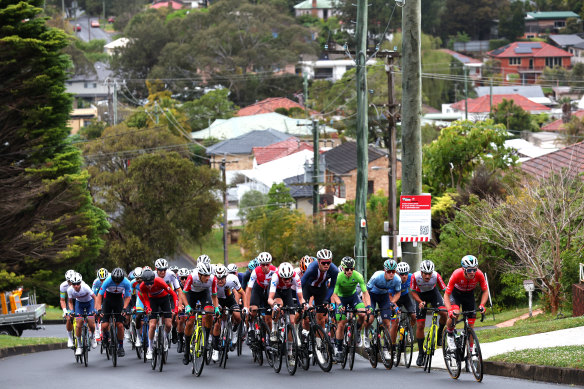 Riders in the junior road race struggle up the Mount Pleasant climb on Wollongong’s city circuit.Credit:Getty

“So figuring out a way with the UCI to get from the beach to Mount Keira was a priority, and then having the city circuit technical enough to invite and encourage the world’s best riders was also a priority.”

With the gruelling climbs up Mount Keira and “Mount Unpleasant” factored in, the course will have a combined elevation of 2433 metres for the women’s race and almost 4000 metres for the men. 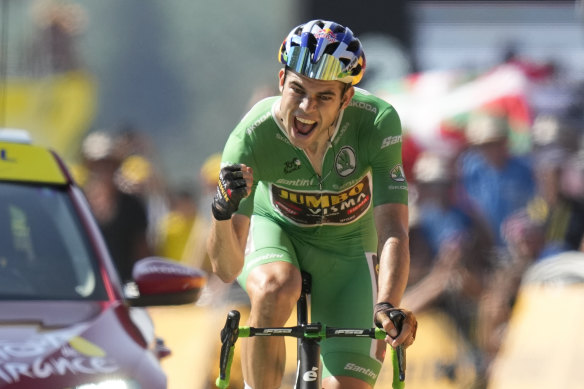 “That’s the equivalent of any Tour de France mountain stage (in the men’s), so straight off the top you know it is going to be pretty exclusive,” Peterson said.

The advisory panel of Aussie riders with local connections, including Grace Elvin, Mark Renshaw and Ben Kersten, rode the course, suggested adjustments and took phone calls – “what is it like? will it suit me?” – from riders and team bosses from across the world.

“I was happy to give everyone as much information as they wanted. It’ll be very difficult but there are three or four scenarios that riders will be able to change to who wins the race,” Renshaw said.

Some nations even sent out reconnaissance teams to ride the route.

“They said it even feels a bit harder than what we thought it would be,” Peterson said.

“Most people who ride it come back and say it’s tough. And we set out to make the course challenging. You want to reduce the luck element, and ensure the cream is absolutely going to rise to the top.”

Stan Sport is the only place to watch every race from the 2022 UCI Road World Championships in Wollongong from September 18 – 25.