Tom Lynch turned into superman in Richmond’s thriller against the Bulldogs after a bizarre act left coach Damien Hardwick furious.

It was a case of pure Jekyll and Hyde as Lynch sparked Richmond’s incredible second half comeback after appearing to be out of form in the first half, when his goalkicking deserted him.

Questions surrounding Lynch dominated the headlines in the build-up to the Tigers’ clash with the ladder-leading Dogs — and there were more questions being asked when the former Gold Coast star shanked his first five kicks at goal.

It reached a desperate level when he chose the timid, selfless option of handballing to a teammate after taking a strong mark 15m out from goal.

Rather than go back and kick the goal, Lynch passed to Jake Aarts, who was forced to quickly throw the ball onto his boot under pressure, nearly botching a certain goal.

The TV cameras then flashed to the Tigers’ coaches box at the MCG with Richmond mentor Damien Hardwick flashing anger at the moment Lynch almost stuffed it up.

Hardwick looked like he’d had a heart attack after the near-miss and whipped the headphones off his head before barking orders to his assistants.

Footy legend Wayne Carey said Lynch showed a lack of confidence after failing to take the kick himself.

“We saw the vision of Dimma, when you take a mark at the top of the goal square square and you are the big forward you don’t want to give the ball off,” Carey told Channel 7.

“The only thing you can do is muck it up. Nearly did muck it up, but they ended up with goal. That is a forward that is lacking confidence with his goal kicking.”

Hawks champion Luke Hodge also said Lynch had to be brave for his own mindset.

“When you are lacking confidence you have to go back and put it through for your own mind set,” he said.

Lynch missed another two shots on goal in the second quarter to take his haul for the night to 0.5.

He was a different man in the second half, kicking three goals as the Tigers came back from 19-points down to lead at three-quarter time.

It took until the 15mins mark of the third term before he kicked his first goal from directly in front. Then the flood gates opened and he had a second goal in the blink of an eye on the back of 11 marks, many of them contested.

His third goal from 45m out on a difficult angle had the MCG erupting in the nail-biting second half.

Lynch had a staggering nine marks for the first half.

Hardwick during the week defended Lynch after he failed to score at all during the Tigers’ loss to Melbourne.

“He comes to our club, he fulfils a role. What we determine that role is, allows us to win games of footy,” he said.

“There’s no doubt he could play in a different format, a different system, and get All-Australian honours, but the reality is he comes in and he’s happy to fulfil this role and he gets two premiership medals as a result of that.

“The fact of the matter is Tom is a very valued player in our system and what we choose to pay that player is what we think he’s worth – end of story.” 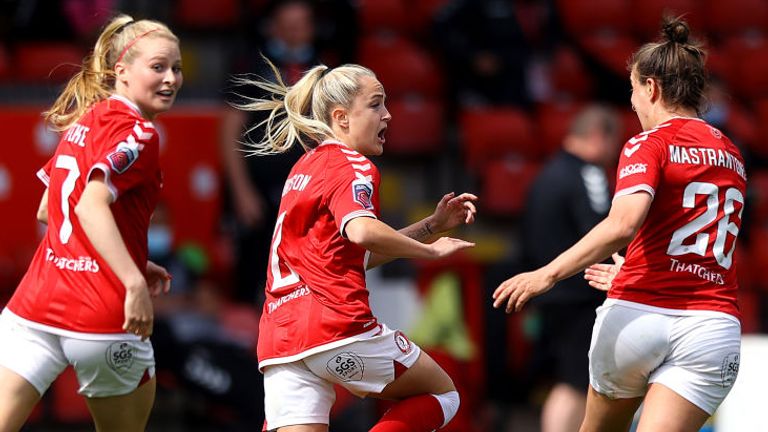