DEREK LAWRENSON: Inspirational Sophia Popov plans to relish impossible dream after fighting back from a debilitating illness to compete in Tokyo… while the Korda sisters are set to realise Olympic goals together

It’s some act to follow after all the drama in the men’s golf competition on Sunday, but there’s every hope the women’s will prove equally compelling when it gets underway on Tuesday.

For a start, the entry list is far stronger in world-ranking terms, with a cast featuring any number of engaging and poignant stories. Nine years after losing her mum in a head-on car collision, you just know this is going to be one of those occasions for Team GB’s Mel Reid, where fierce pride at becoming an Olympian will be mixed with a nagging sense of loss.

Then there’s the women’s Open champion, Sophia Popov. These Games have thrown up any number of inspiring stories of defeating formidable odds, and the 28-year-old ranks among the best of them. 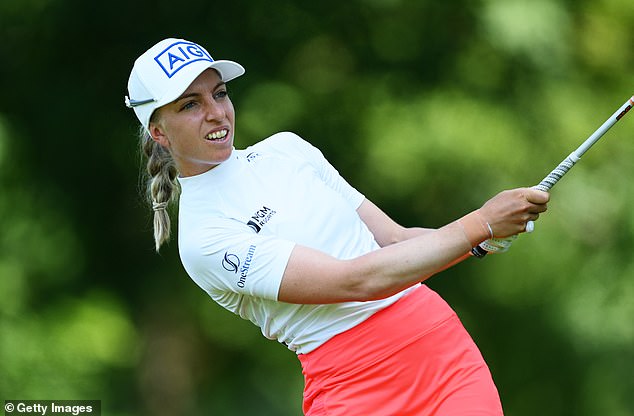 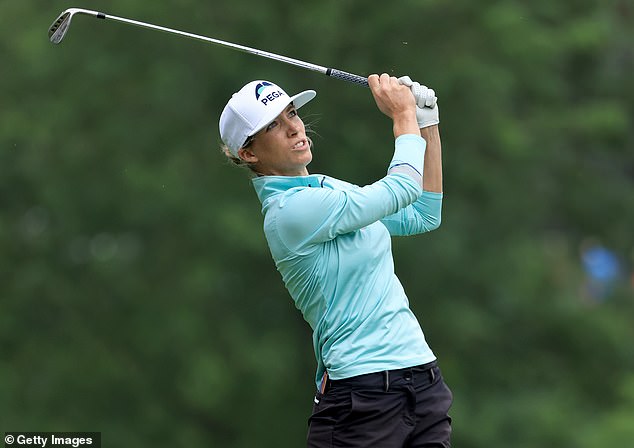 Popov was in hospital with a debilitating illness with seemingly no cure when golf made its Olympic comeback in Rio. She would have three operations before it was finally diagnosed a year later as Lyme Disease.

She was ranked outside the world’s top 350 when qualifying was finalised for Tokyo last year, with not a prayer of making the German team if the Games had been held as scheduled.

For a woman from an Olympic family – her mother would have been part of the USA swimming team in Moscow in 1980 but for the American boycott – it appeared an impossible dream.

Then the miracle of Royal Troon happened last August, and the most astonishing major victory since Ben Curtis at Sandwich. Now, in the space of five weeks, she’s got the Olympics, the defence of her Open title and the Solheim Cup. ‘I just want to relish every moment,’ she says, and no wonder. 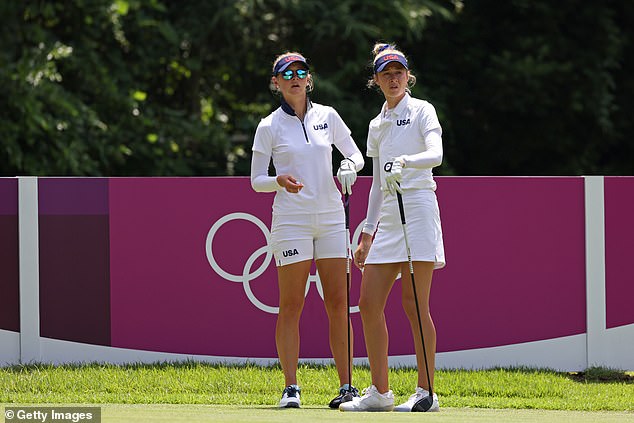 Elsewhere, it’s another landmark for the Korda sisters and American dream team, Nelly and Jessica, who will get to feel the rush of becoming an Olympian in tandem.

For all these players, mind, it’s going to be tough to feel the bigger rush of becoming a medallist. Indeed, it will be a shock to rank with an Italian ex-long jumper winning the 100metres if the gold medal doesn’t go to one of the mighty Asian contingent.

This is as near as they’ll get to contesting a major on their home continent, and they could well complete a clean sweep of the podium places.

Both are present again this week, alongside a veritable corps stretching from the host nation to the Philippines, Korea to Thailand, all aiming for a glory that would lead to a rapture unconfined.