It will evidently take more than a scratchy throat and a painful cough to alter Matt Fitzpatrick’s relationship with the Earth Course in Dubai.

On a track he ‘loves’ and where he has twice been crowned the winner of European golf’s Tour Championship, the Englishman moved into a strong position to challenge for a third after Thursday’s seven-under-par opening round of 65.

That placed the US Open champion jointly in the lead with Tyrrell Hatton, and simultaneously it has increased the possibility that Fitzpatrick might hijack Rory McIlroy’s spot at the top of the DP World Tour’s order of merit in the very last tournament of their season. 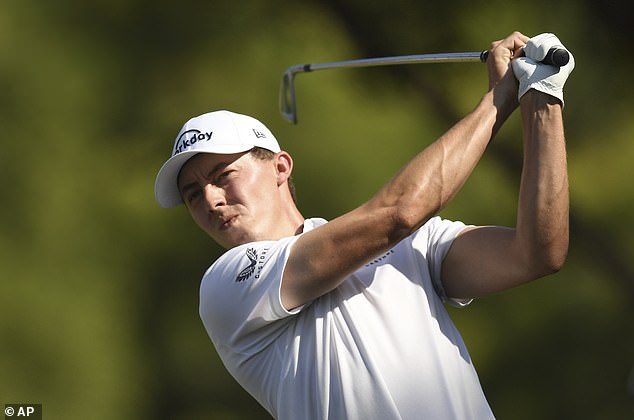 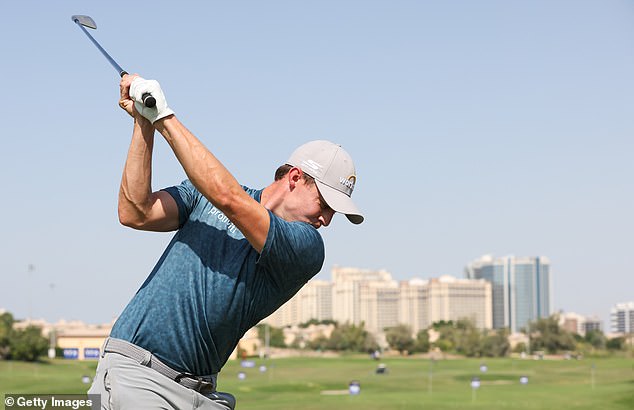 The latter held a sizeable lead coming to this event, but his wobbly 71 means he is at severe risk of surrendering a position he has held since July.

If Fitzpatrick is to go on to win the tournament, McIlroy would need to climb from 22nd to third across the next three rounds to stop the 28-year-old taking the Harry Vardon Trophy.

On the basis of a first round in which Fitzpatrick hit 17 greens in regulation, fired seven birdies and dropped no shots, McIlroy will need to get moving.

Fitzpatrick’s excellent loop, which featured five straight birdies out of the gate, came in spite of the discomfort caused by a mild illness. He said: ‘Billy (Foster, his caddie) told me I sound like Barry White. But I feel okay. I’ve just had a really sharp throat and a really dry cough as well for a few days – people are probably thinking it’s covid but I’m fine.

‘I said to Billy yesterday that when we won here in 2020 we had four (birdies) in a row. When we did five in a row today I was laughing.

‘I just want to win this tournament the third time so that’s my main goal coming in. I know things have to go my way to win the race to Dubai as well – I can’t do anything about that so I am focusing on what I can do.’

On a course where the dense rough has proven extremely penal, McIlroy suffered for some erratic driving on the back nine. He had reached three under by the eighth, but gave back each of the strokes before a birdie four at the difficult 18th.

‘I’ve had three weeks off so I’ll trying to knock the rust off a little bit there,’ he said. ‘There was enough good stuff in there. It’s not far off.’ 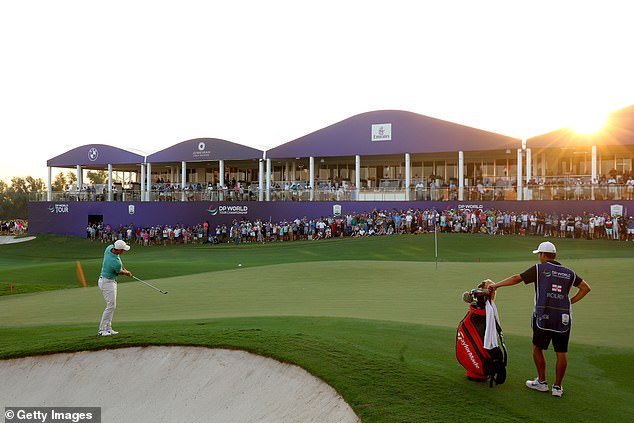