Home » Golf » McIlroy and Rose take on rivals Koepka and Johnson at badminton!

European heroes Rory McIlroy, Justin Rose and Francesco Molinari have resumed their rivalry with Americans Dustin Johson and Brooks Koepka… but with a twist.

The cream of European and American golf did battle at Paris’ Le Golf National last month, with the home side triumphing over three action-packed days.

Now members of the two teams have done battle once more, after swapping their golf clubs for badminton rackets and shuttlecocks. 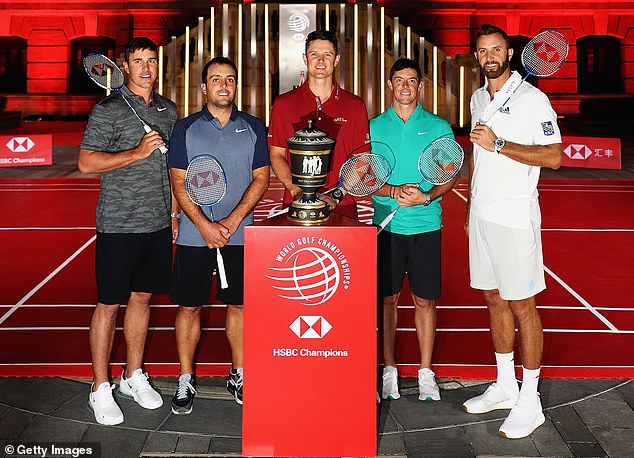 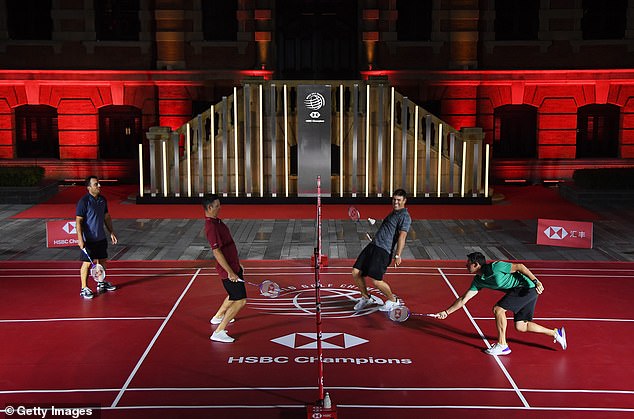 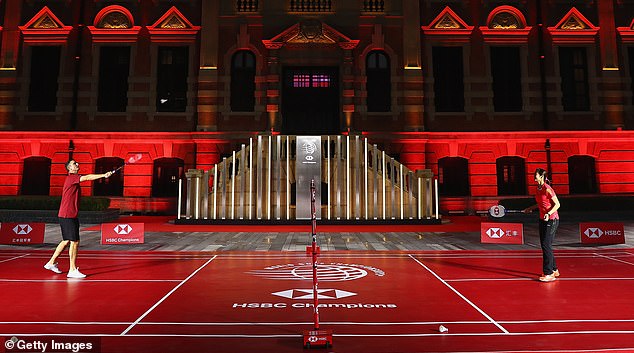 With the aim of growing golf in China, the five players came together ahead of this week’s WGC-HSBC Champions at Sheshan International Golf Club in Shanghai.

The golfers were seen enjoying a game of doubles and Rose even had a hit with China’s former world No 1 badminton star Wang Lin.

Koepka said: ‘It started off as a bit of fun, but when we got going there was definitely some friendly competition between the two sides!’

The Open champion and current World No 6 Molinari added: ‘It was great to once again line-up alongside some of my European team-mates, this time on a badminton court rather than a golf course.

‘What took place at Le Golf National was undoubtedly one of the highlights of my professional life.’ 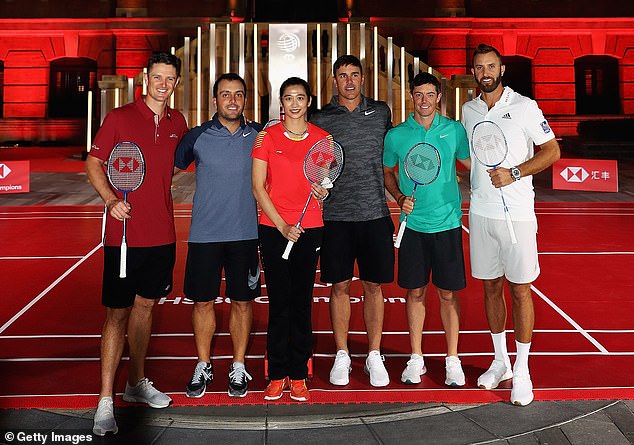 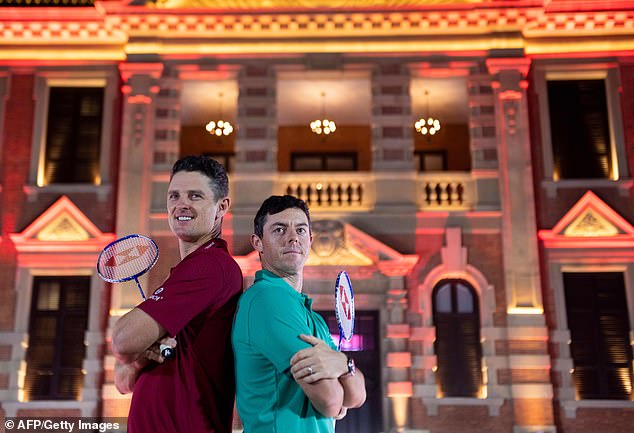 Rose and McIlroy, two of Europe’s heroes at the recent Ryder Cup, strike a pose