Home » Golf » Senior Open: Smart strategy pays off for Darren Clarke as he shares lead ahead of Bernhard Langer 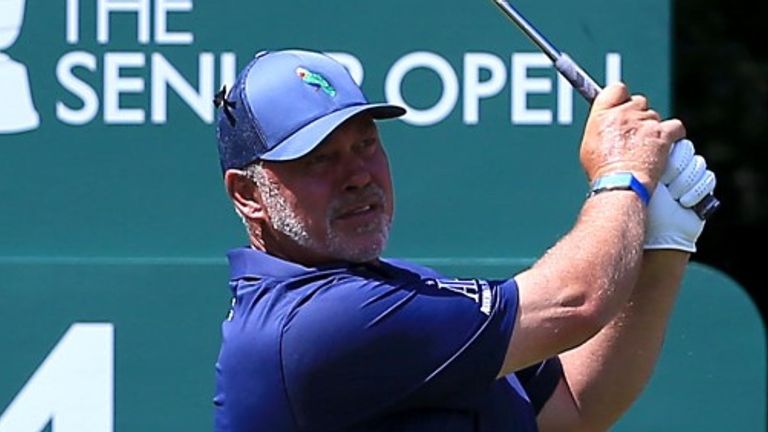 Darren Clarke used his respect for Sunningdale to his advantage as he earned a share of the first-round lead with James Kingston at The Senior Open.

Clarke enjoyed a profitable sun-drenched afternoon on the historic Old Course and carded a six-birdie 65 to hit the front along with Kingston, who leads a senior major just a few weeks after being hospitalised with Covid-19.

Defending champion Bernhard Langer made his customary strong start to the major he has won four times, while there were also encouraging openers for a number of former European Ryder Cup captains. Clarke will sleep on the overnight joint-lead after he cruised to the turn in 31 and, after his lone mistake of the round at the 12th, he hit back to birdie the next two holes and par safely home to stay at five under par.

“And I played smart around here. I hit away from the flags to the middle of the greens and gave myself some chances, and kept giving myself chances there in the last few holes. Didn’t make anything at the end but I just played smart. I think the winner is going to have to play smart this week.” Kingston arrived at Sunningdale on the back of his victory at the WINSTONgolf Senior Open Invitational in Germany last week, although the South African still felt he was short of the required preparation for a major due to his spell in hospital.

He said: “I feel like I’ve been a little unprepared. I was down with Covid and in hospital, so I don’t think my preparation coming into this week is exactly what I would have liked. But when you get to a place like this and you like the golf course, it seems to just sneak into your game, and I love what I see out there.

“You keep looking at the scenery, those purple flowers with the green, and all the stripes in the fairways, it’s just a beautiful golf course. It’s one of the most prettiest golf courses I think I’ve ever played.” 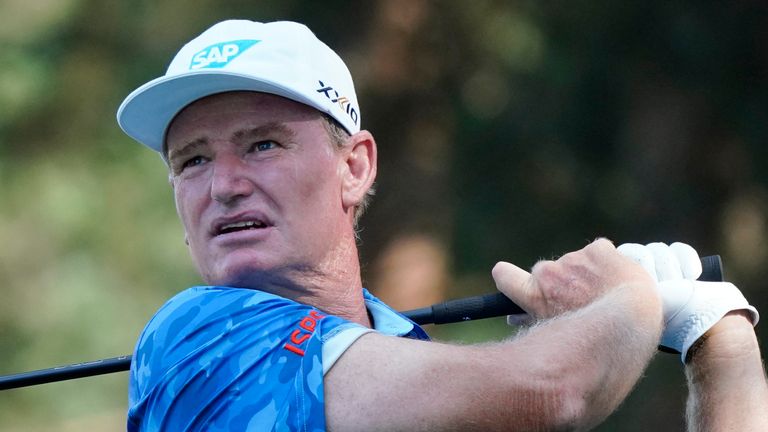 Langer, meanwhile, shows no sign of slowing down as he approaches his 64th birthday, the evergreen German making birdies at three of the last five holes in a tidy finish to a 66 before he credited his fitness and longevity to “sauerkraut and sausages”.

“I think my strength was my driving,” said Langer. “I hit it pretty good off the tee and I hit some pretty good iron shots, but my weakness was the putter. I had two three-putts early on and made my first putt on 16 and another one on 17 and I had a par save on 18. I wish I could have played a few more holes but I was just getting warmed up with the putter!”

As Langer bids for his 12th senior major, and his fifth at The Senior Open, Ernie Els marked his debut with a typically fluent 68, and while three more European Ryder Cup captains in Thomas Bjorn, Colin Montgomerie and Ian Woosnam are all well placed at two under par.

Paul McGinley, the 2014 winning captain, birdied the last for a 69, one of 34 sub-70 rounds on the opening day, while pre-tournament favourite Jim Furyk was going nicely at two under, with birdies at both par-fives, only to finish with a double-bogey six at the last.