Home » The Masters: Billy Horschel slips over at the 13th, but atones with incredible water splash-out 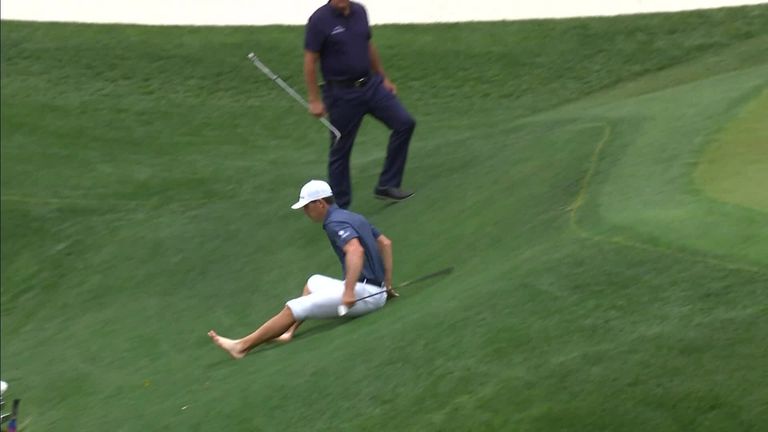 Billy Horschel recovered from an embarrassing slip during the third round of the Masters to play one of the best shots Phil Mickelson had ever seen … out of the water!

Horschel looked certain to take a penalty drop after his second to the 13th took a bad bounce and ended up in Rae’s Creek, short of the green, but he opted to play his third from the water despite his ball being “completely submerged”.

The WGC-Dell Technologies Match Play champion removed his shoes and socks and made his way down the grassy bank towards his ball, but he had not accounted for the slippery surface and took a nasty-looking tumble, landing heavily on his backside. 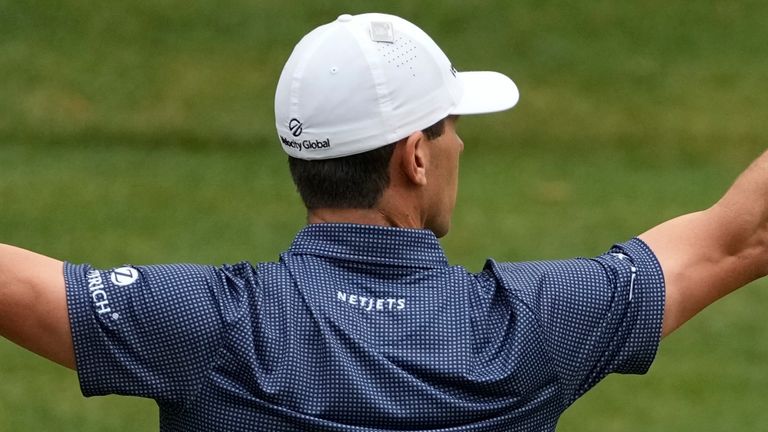 Horschel escaped physical injury, but he did suffer damaged pride and grass stains on the back of his white trousers before going through with his bold escape plan, and his approach paid off as he managed to splash his ball to 30 feet to set up an unlikely birdie chance.

He had to settle for a two-putt par and went on to sign for a one-over 73 – four over for the tournament – before detailing his adventures at the 13th with the media.

“It was completely submerged, it was probably a couple of inches under the water,” Horschel said. “Fortunately enough, I’ve hit a few shots from the water just for fun in my lifetime, and I understand that the ball will come out if it wasn’t too deep.

“I knew there was a whole bunch of green behind me, so as long as I hit it hard enough, it would come out. So Phil was impressed by that. I guess that’s my highlight of the day!”

When Mickelson was asked about the shot, he made it clear just how impressed he was.

“But he went after that ball fully submerged and got that thing out. It was an incredible golf shot. That’s not easy. Sometimes that thing comes out kind of ‘blah’, I’m curious how he hit that.”