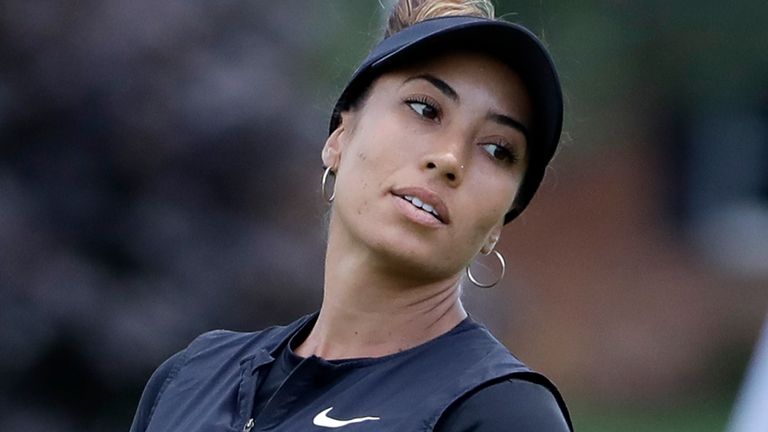 Cheyenne Woods has booked her place in the field for next month’s US Women’s Open after winning a Sectional Qualifying event in New Jersey.

The 30-year-old, the niece of 15-time major champion Tiger Woods, carded rounds of 73 and 69 in the 36-hole qualifier at Spring Lake Golf Club to claim a five-shot victory and secure her spot in the second women’s major of the year.

Woods bogeyed the first hole of her opening round and double-bogeyed the par-four seventh after receiving a two-shot penalty for mistakenly hitting her playing partner’s ball, before birdieing her next two holes and making pars throughout the back nine to stay at one over.

The world No 470 then mixed five birdies with two bogeys during her second round to move to two under and five ahead of a three-way tie for second, ensuring she will be able to tee it up at The Olympic Club from June 3-6.

“It was a good day,” Woods said. “You never know what to expect with 36 holes but I started the day pretty solid, plus one, not to bad on what’s honestly a difficult course with the greens. “Second round I felt like I was really warmed, was able to play more aggressively and sunk a few more birdies.”

Woods’ appearance will be her fifth at the US Women’s Open and her first since 2018, with all four previous starts resulting in a missed cut. The American will be part of a strong field in San Francisco, where a limited number of fans will be allowed to attend.

A L Kim will return as defending champion after securing a maiden major title at the event last December, while former winners Paula Creamer and Cristie Kerr have both received special exemptions by the USGA to be in the field.

Watch the US Women’s Open live from June 3-6 on Sky Sports Golf!