The Canterbury equine quarantine centre could be turned into a self-isolation centre for Japanese staff if Doncaster favourite Mozu Ascot and Queen Elizabeth Stakes favourite Damon Premium come to Australia this week.

There are living quarters at Canterbury, which would allow stable staff to serve the mandatory 14 days in isolation because of coronavirus, while looking after their horses. The Japanese horses have to serve the same period outside the Australian horse population under quarantine law. 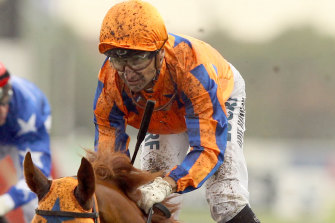 Opie Bosson made it to Australia before the travel isolation was enforced.

Mozu Ascot, Damon Premium and My Style, which is also targeting the Doncaster, have been in quarantine for the past fortnight in Japan preparing for The Championships.

The Japanese horses were due to leave on Tuesday and their connections are deciding if they will still make the trip on Monday after being made the offer to accommodate their staff.

Meanwhile, New Zealand trainers had to rush staff to Australia on Sunday night, so they avoided the isolation ban put in place by the Australian government.

Te Akau Shark’s jockey Opie Bosson flew in on Sunday, so he can ride the star miler in the George Ryder Stakes on Saturday. He will be Sydney-based for the next month as he links Te Akau trainer Jamie Richards’ other stars Probabeel and Melody Belle.

Tony Pike, who has already prepared a group 1 winner this autumn, The Bostonian in the Canterbury Stakes, sent his assistant Chris McNab on Sunday. He is quickly becoming the point of contact for fellow Kiwi trainers who want to try and plunder the riches of the Sydney carnival.

His New Zealand Derby winner Sherwood Forest, along with third placegetter Scorpz, will arrive in Sydney on Tuesday with both likely starters in Saturday's Rosehill Guineas.

“I’m lucky because I was already set up over there with boxes at Rosehill and had a track rider there,” Pike said. “I got Chris on a plane last night and he will run the team over there.

“I have already talked to a few trainers, like Roger James, over here [in New Zealand] and we might end up being a bit of a Team Kiwi.

"They won’t be able to get staff over there given the restrictions but we will try to help them out as much as we can.

“There would be a limit to how many horses we could look after, but we are happy to help out as many people as possible.”