William Haggas will not be using ground conditions as an excuse for Al Aasy should he come up short on his first start at Group One level in the Coral Coronation Cup at Epsom.

The Newmarket handler has made no secret of the regard in which he holds the son of Sea The Stars – and he has justified that confidence this spring with two dominant displays in Group Three company at Newbury.

Al Aasy faces a step up in class and is likely to encounter a much faster surface on Friday, but Haggas is unconcerned.

He said: “The ground is what it is. I think the ground will be fine, not an excuse – he goes on the firm. It won’t be that bad, either.

“He’s as good as we can have him – we’re very happy with his condition.”

Aidan O’Brien has saddled a record eight previous winners for the Coronation Cup and this year is represented by full-brothers Japan and Mogul. 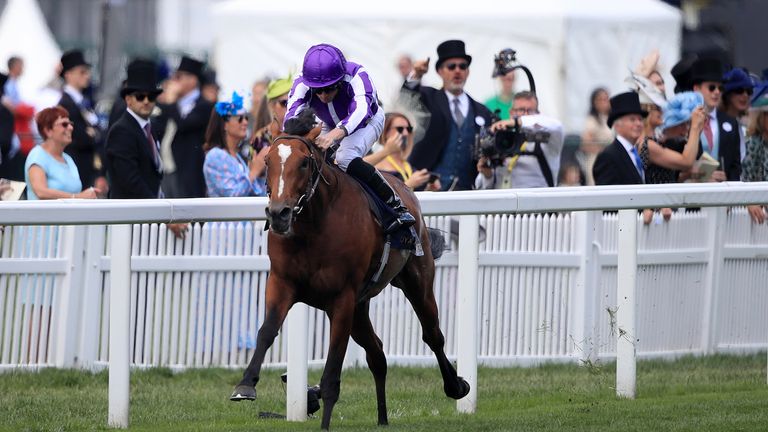 Dual Group One winner Japan endured a largely underwhelming season in 2020 – but got the current campaign off to a winning start in the Ormonde Stakes at Chester.

“I remember Ryan (Moore) riding him in the Arc two years ago and he was over the moon with him and was really looking forward to him.

“He had a very good run in the Derby as a three-year-old (finished close third). Hopefully he’ll be happy going back there again.”

Mogul, who has also won twice at the highest level, was last seen finishing third in the Prix Ganay at ParisLongchamp.

“Mogul improved an awful lot from Dubai to France. In France they went very slow which wouldn’t have suited him and the ground went against him as well,” O’Brien added.

“He’s been working very nicely as well. Seamus (Heffernan) rides him. I don’t think he’s ridden him in a race before, but he knows him well and rides him in most of his work.”

Pyledriver did not fare so well on his previous visit to Epsom, having endured a troubled passage in last year’s Derby.

However, the Harbour Watch colt did win the King Edward VII Stakes at Royal Ascot and the Great Voltigeur at York as a three-year-old and made a promising return when runner-up to Sir Ron Priestley in the Jockey Club Stakes a month ago.

William Muir, who now trains in partnership with Chris Grassick, said: “I’m looking forward to it. He’s in good form, everything has gone how we would want it to go since Newmarket and he’s ready for this race.

“What happened in the Derby happened four furlongs after leaving the stalls. I haven’t got any concerns about the track.

“There’s some very, very good horses in the race, but it is a Group One – they’re not shoo-ins.

“There’s talk they might get a few thunder showers. Either way, the ground is not going to worry me.”