Cross Counter capped an ‘amazing’ year for trainer Charlie Appleby and owner Godolphin as he became the first British-trained winner of Lexus Melbourne Cup at Flemington.

The three-year-old was delivered with a perfectly-timed run by Kerrin McEvoy to claim the Group One prize and lead home a famous one-two-three for the raiding party, with Hughie Morrison’s Marmelo a length back in second and the Charlie Fellowes-trained Prince Of Arran a further three lengths behind in third.

But the death of Irish stayer Cliffsofmoher cast a cloud over the meeting, the four-year-old pulling up lame and having to be put down with a broken shoulder. 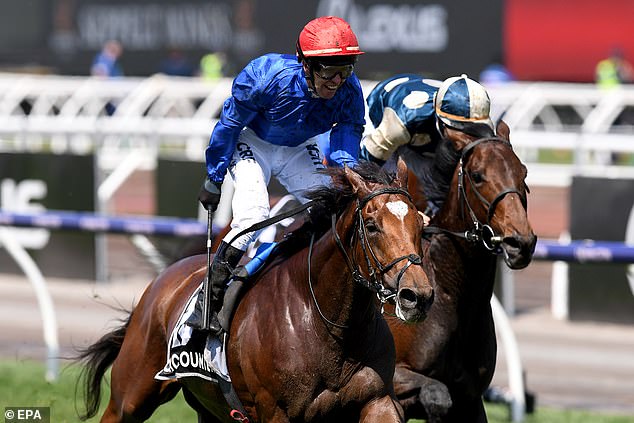 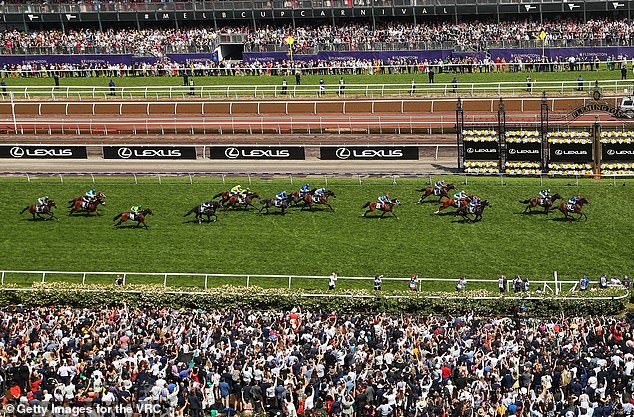 Cross Counter’s victory added another feather to Appleby’s cap with the trainer having sent out Masar to win the Derby at Epsom back in June in the blue silks of Godolphin.

The trainer said: ‘This is all down to Sheik Mohammed, he’s the one that’s given us all the encouragement to take the chances in what we do internationally.

‘When I saw him down the back, I thought he had to do a lot.

‘And when he was making his run, I thought turning in that if he finds the gap then this horse has got the gears to pick up.’

Godolphin has hit the bar in the past with the likes of Give The Slip, Crime Scene and Central Park all having placed in the main event and Appleby himself is a previous visitor to Melbourne.

He told www.godolphin.com: ‘We’ve been competitive, but we’ve learnt more on each trip about what will make us more competitive. That’s what it’s all about, the learning curve.

‘I’m just in a fortunate position to have the horses to make the call on which are the right ones to bring down here.

‘This is huge for everybody. For me, of course this is the biggest thing along with the Derby. This year has just been one of those amazing years.’

Marmelo’s trainer Hughie Morrison was thrilled with his charge’s run, but felt conceding 9lb to the winner had proved crucial.

He said: ‘He gave him a lovely ride. We saw Hugh (Bowman) beforehand and he said we would ride on patience and I said that will do me.

‘We all mature at different times and I suspect we’re less mature than the winner.

‘He’s a great horse and we will have to go away and think about it. I don’t know whether we go Cup racing next year, he’ll probably have a bit more weight this time next year. The great thing is there’s lots to discuss over the winter.

‘He’s a star, he makes me cry. He’s just such a brick of a horse, he gives you his all and he’s an absolute gentleman, anybody can ride him.’ 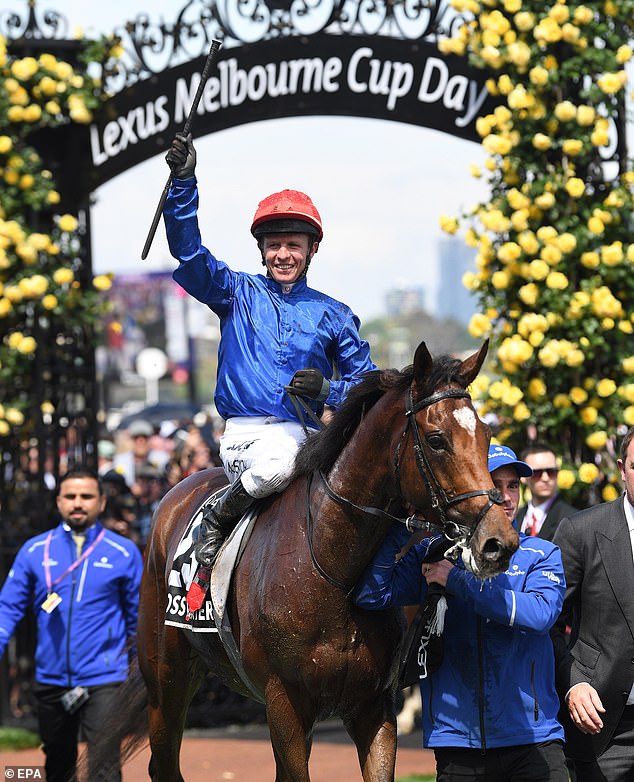 Prince Of Arran only secured his place in the race with victory in the Lexus Stakes at the track on Saturday and Fellowes was delighted with his effort.

He said: ‘It was an unbelievable run – I’m completely speechless. He (Michael Walker) gave him the most lovely ride.

‘I think, on that ground, he possibly just got tired the last furlong or half a furlong, but he’s run huge. I can’t believe it – I’m over the moon. There was a point there I thought we might have won the Melbourne Cup.

‘Charlie Appleby has done the most unbelievable job this year, huge credit to him and his team. It’s great that an English trainer has finally won this race.’

A total of seven British-trained runners went to post with Best Solution (eighth), Muntahaa (ninth), Nakeeta (12th) and Magic Circle (16th) all finishing out of the frame. 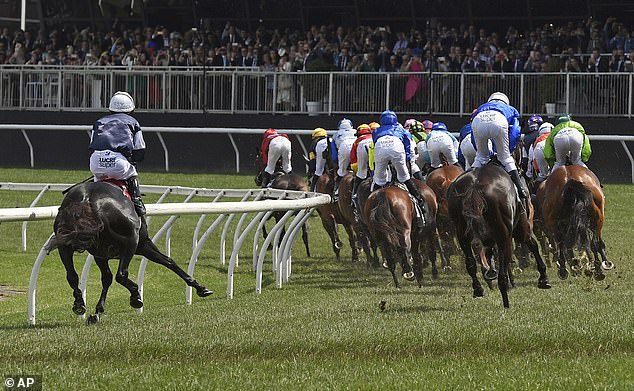 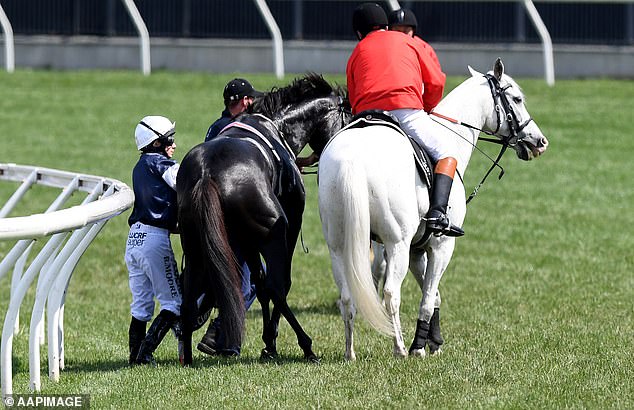 Magic Circle was well fancied for the race and trainer Ian Williams later reported he had broken a blood vessel during the race.

Aidan O’Brien fielded three contenders with Rostropovich faring best in fifth, but the race was overshadowed by the fatal injury sustained by Cliffsofmoher passing the post for the first time.

Joseph O’Brien was representing his father and told www.racing.com: ‘Unfortunately these things can happen to a horse galloping around a field at home.

‘It’s very sad but it could have been worse. Ryan (Moore) could have had a fall or someone else could have got injured.’

Yucatan was among the favourites for the Ballydoyle team but he finished 11th, with pre-race rain resulting in a less than ideal surface for him.

O’Brien added: ‘James McDonald said he travelled good, but the ground was a bit loose for him. He travelled good in the race but never really threatened in the straight.

‘In Europe, whenever there is some juice in the ground he struggled so it was something we were quite worried about pre-race.’

Racing Victoria vets found Yucatan was lame in the near foreleg after the race.