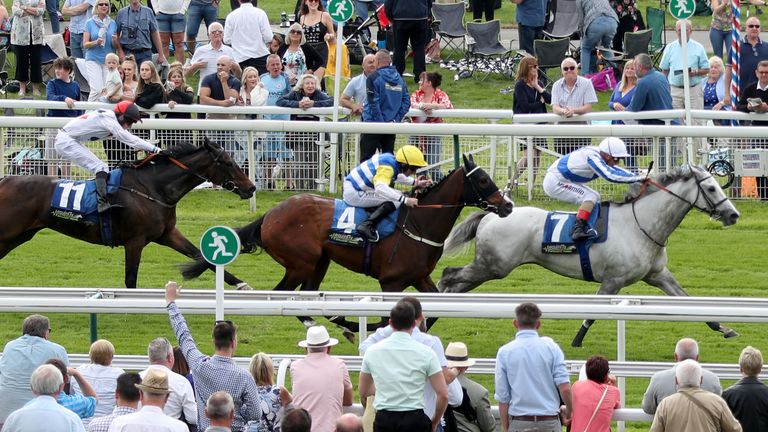 David Menuisier has issued an upbeat report on Thundering Blue as his stable star prepares for the Japan Cup.

After finishing second in the Canadian International on his last start, the five-year-old son of Exchange Rate will bid to claim the first top-level victory of his career in the mile-and-a-half contest in Tokyo on November 25.

Pulborough trainer Menuisier said: “Thundering Blue is in very good form, and is set to leave on November 14.

“We are very pleased with him, and he has come out of his race in Canada kicking and bucking. He has had a long season, but it doesn’t look like it.

“He is quite an amazing horse, really, because he has just got stronger as the year has gone along.

“We didn’t plan to work him last weekend, but we had to because he was so fresh.”

Menuisier admits Thundering Blue’s next global assignment is a step into the unknown.

“We are going into the dark a bit, because it is really hard to compare form with the Japanese horses,” he said.

“The main thing is that we are sending a horse out that feels really well. I hope he will run another good race.”