Golden Pal will be trained for either the Nunthorpe at York or the Flying Five Stakes at the Curragh following his spectacular return to action in America.

Narrowly denied by The Lir Jet in the Norfolk Stakes at Royal Ascot last summer, Wesley Ward’s speedball went on to win the Breeders’ Cup Juvenile Turf Sprint at Keeneland in November – putting a return to the Royal meeting on his prospective agenda this summer.

An early-season setback prevented Golden Pal from lining up in the King’s Stand last month – but having looked better than ever in making a successful comeback in the Grade Three Quick Call Stakes at Saratoga on Thursday, another trip to Europe is back on.

Asked whether he felt Golden Pal could be the best horse he has trained, Ward said: “He’s a couple more things to do, but I think he’s on course – I’m really excited.

“Yesterday’s race was five and a half, and the competition wasn’t at the same level as what he would face in the Nunthorpe, but if you shorten that up a 16th of a mile (half a furlong), I think he could run with anything I’ve ever trained.

“Over five furlongs, he’s a killer. He’s just so quick and agile, and mentally he’s really coming around, more so this year than last year.

“He’s always been able to run, but now the rider can contain him – and when he asks for that little burst, very few horses I’ve had have been able to do that.” 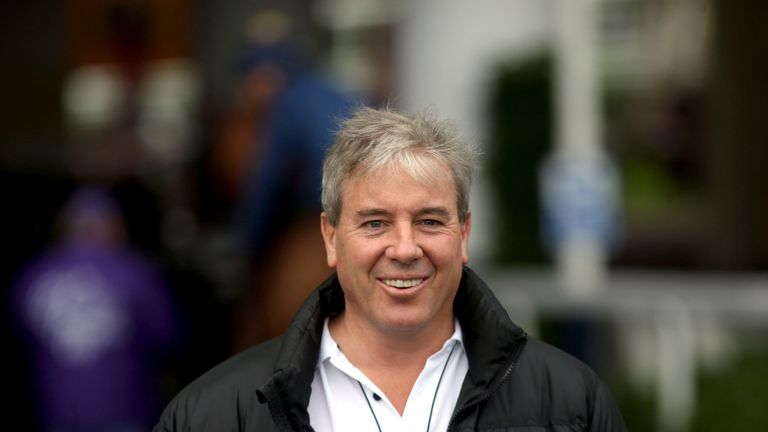 Ward would love to settle a score in the Nunthorpe on August 20, having trained both Acapulco and Lady Aurelia to finish second in the Group One feature on the Knavesmire.

But the Washington-born trainer may yet wait for the Flying Five if he feels Golden Pal needs an extra couple of weeks to recover from his exertions.

He said: “The Nunthorpe has eluded me, but hopefully we’ll get it done this year!

“We’ve been having massive rainstorms over here, so there was quite a bit of give in the ground yesterday. He handled the ground well at Ascot last year as well, so he’s got no issues with the ground being a little soft.

“The only issue would be, while he pulled up really good and sound (after Thursday’s race), we’ll see how his energy levels are in his works here in the next couple of weeks – and whether it warrants giving him an extra bit of time for the Flying Five. One of those two races is what he’ll be in.” 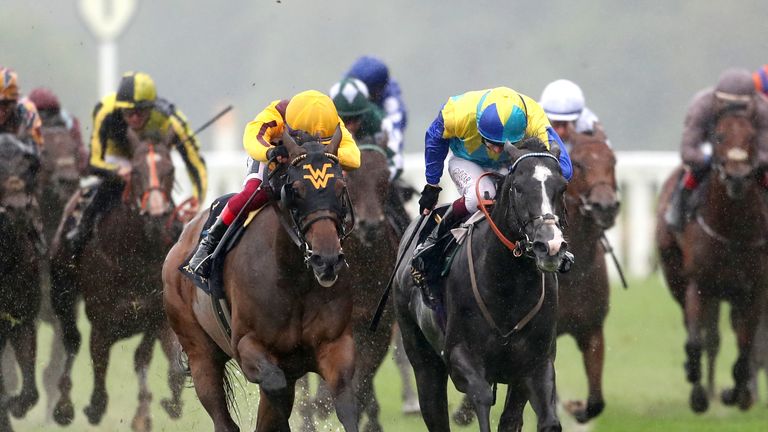 Another Ward-trained star being prepared for a repeat trans-Atlantic mission is dual Royal Ascot heroine Campanelle.

Winner of the Commonwealth Cup in the stewards’ room last month, the Kodiac filly’s next appearance is likely to be in France.

“We’re doing really well with her,” he said.

“She’s on target for the Maurice de Gheest at Deauville (August 8) and leaves here on July 31.

“Like Golden Pal, she has no issues with softer ground. In fact, it might be better if it rains a little.”