Grand National LIVE: Rachael Blackmore looks to write herself into the history books on board Minella Times while Tom Scudamore aims to steer favourite Cloth Cap to victory… follow all the action on the final day at Aintree

Rachael Blackmore will be hoping to make history at Grand National as she bids to haul Minella Times over the finish line.

Blackmore is one of three women aiming to become the first female jockey to win the Grand National, alongside Bryony Frost, who rides Yala Enki, and Tabitha Worsley – who is on board Sub Lieutenant.

They’ll be chasing Tom Scudamore and his favourite Cloth Cap on the final day at Aintree, while amateur jockey Patrick Mullins will attempt to win his first race in Liverpool with Burrows Saint.

And they’re off in the Randox Grand National

Particularly poignant given the news of Prince Philip’s passing on Friday, the national anthem is sung ahead of the Grand National.

The jockeys are wearing black armbands as a mark of respect.

Out come some of the Irish jockeys, including Patrick Mullins, the most successful amateur jockey in history. 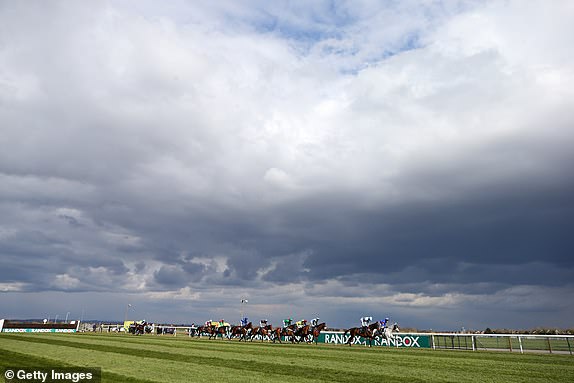 Get yourself strapped in at home, and make sure not to miss this one, it looks set to be one of the most hotly contested races.

Last year’s race of course did not take place due to the coronavirus pandemic, but there was still something for fans to enjoy.

Potters Corner (18-1), under 17-year-old rider Jack Tudor, raced to glory at the Aintree track to come out on top.

The 12-year-old is the stand-out talent at Howell’s Worcestershire stable with six moderate stablemates in training.

To complete the story, Sub Lieutenant will be ridden by Howell’s 26-year-old jockey daughter Tabitha Worsley.

Blackmore’s win on Honeysuckle in the Champion Hurdle last month was a first for a female jockey and she also became the first woman to be crowned Cheltenham Festival’s leading rider.

In Minella Times, Blackmore has a partner who has shown sound form in competitive Irish handicap chases and who at eight-years-old is a steeplechaser who is still potentially improving.

Blackmore has ridden in two Grand Nationals – falling at the 15th fence on Alpha Des Obeaux in 2018 and finishing 10th on Valseur Lido in 2019. 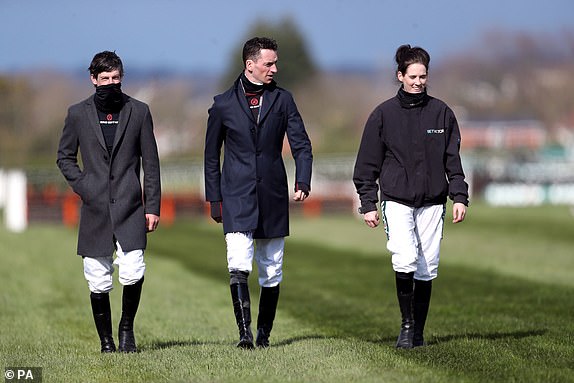 ‘I love the Grand National… but I hate it too’ is perhaps not what you would expect the trainer of the favourite to say.

But here is Jonjo O’Neill, looking for his second winner but wary of what can happen in the race.

Here are Betfair’s latest odds ahead of the big race:

Still in doubt in as to who to back?

Rachael Blackmore has been the talk of the town ever since she landed six wins at last month’s Cheltenham Festival.

But now the challenge comes to back it up at Aintree. And Katie Walsh, speaking to Betway, believes it is only a matter of time before a female jockey is victorious there…

‘By the time I retired in 2018, there was a new generation coming through, a generation who have already started writing their own history. One day, a woman will cross the line in front, it’s only a matter of time. You need more than just talent to win the National, it’s a lottery alright, but when you’ve got a ticket you’ve got a chance.

‘The first girl I actually remember having a crack was Carrie Ford in 2005. Ginger McCain said the race was no place for a woman, but she showed him by finishing fifth. Nina Carberry completed the course three times in a row between 2006 and 2011, then in 2012 it was my turn.

‘Imagine this, it’s your first ride in the National and you go off as the favourite on a horse trained by your dad. I thought Seabass was in with a squeak when we turned the last for home, but to finish third was just brilliant. I hadn’t a clue that it was the highest finish for a female until someone told me afterwards, I was just delighted that it all worked out.

‘I lead up Papillon in the National when I was 15 and, that day, I remember thinking that I’d have loved to have been riding in it – so to end up on the favourite in 2012 was the stuff of dreams, really.

‘Nina and I became sisters-in-law in 2012 and together we carried the female flag in the National for more than a decade, though we never saw it like that. We were just doing something that we absolutely loved and happened to be good enough to keep getting the opportunities, nine finishes out of 12 isn’t bad.’ 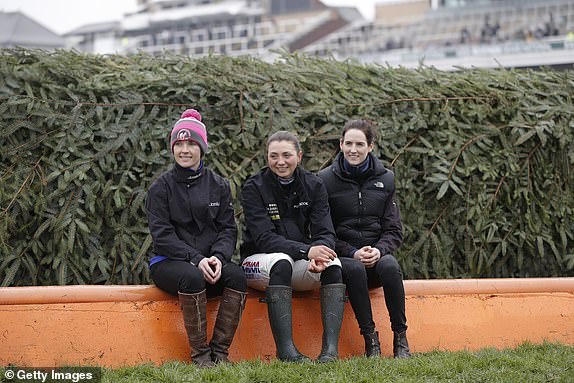 Whether Blackmore manages to become the first female jockey to win the Grand National remains to be seen, but what is for sure is there will be a new winner this year.

The last two in 2018 and 2019 have been won by Tiger Roll, but the 11-year-old Thoroughbread was withdrawn from this year’s race in March. 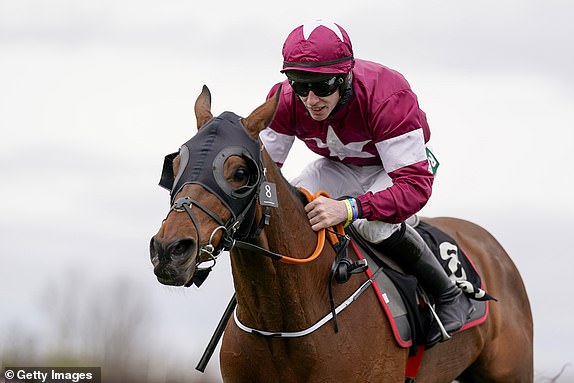 As has been the case for most sport around the country today and meets at Aintree already today, a two-minute silence will be observed to mark the passing of Prince Philip yesterday before the Grand National.

The husband of Queen Elizabeth passed away at the age of 99, Buckingham Palace announced yesterday.

Welcome to Sportsmail’s live coverage of the Grand National, which could be another historic day in the career of Rachael Blackmore.

The Minella Times rider will be looking to become the first female jockey to win at Aintree, just three weeks after her Cheltenham brilliance.

Stay right here to follow all the action and see if it happens. You don’t want to miss it!