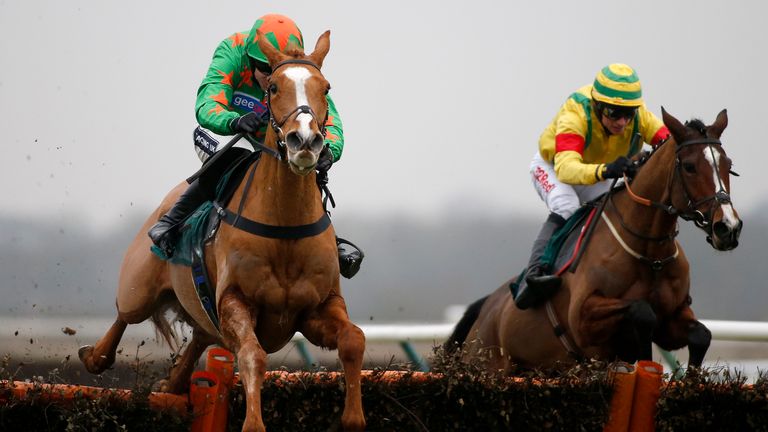 Anthony Honeyball is mulling both the Betfair Chase and Ladbrokes Trophy as possible starting points for Ms Parfois.

The seven-year-old enjoyed a fantastic first season over fences, winning three of her seven starts as well as claiming second in both the National Hunt Chase at Cheltenham and the Mildmay Novices’ Chase at Aintree – which marked her first start at the highest level.

Honeyball is planning to take a close look at the Betfair Chase at Haydock with Ms Parfois, but admits the ground would have to be testing for her to take on the likes of Might Bite on Merseyside.

The Ladbrokes Trophy at Newbury is another option, with the December 1 handicap holding Grade Three status.

The trainer said: “There are quite a few races I would like to take in, but for obvious reasons we won’t be able to do them all.

“If the ground was very heavy then I would be tempted to give her a chance in the Betfair, even though she might be a bit short off 146.

“If she was to finish second or third and blow her handicap mark, then we could look at running her in similar races on heavy ground through the winter.

“If she didn’t go shooting up the weights and stayed the same, then it would be a lovely prep run for the Welsh National.”

That Christmas target could still come to pass, even if Ms Parfois runs at Newbury first.

Honeyball added: “The sensible thing, though, could be to run her in the Ladbrokes Trophy.

“She has won round Newbury and stays the trip well. It would be tough, and she would go there without a run – but I don’t think that would be an issue.

“If she was to run well in the Ladbrokes Trophy, then we could get her back for the Welsh National – and if that was tight, we have the Classic Chase at Warwick.

“She is in great order and is up to the mark she was last season.”