The maidens get us underway at set weights on an improving track, and the big drop in class should be enough for hard and tough four-year-old 2. Avvertimento to finally break through deep into the current prep. Beat all but the winner in three straight runs across better company than this before outclassed in Highway grade at Rosehill. Back to this company and rolling forward from a middle gate, he’s the clear one to beat. 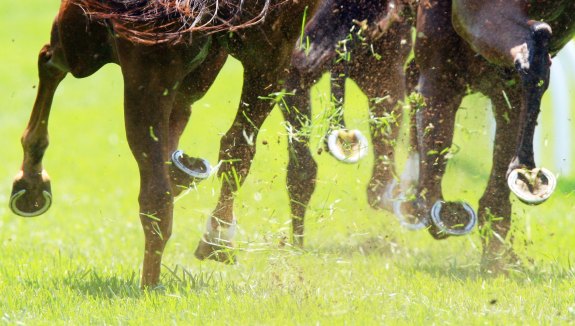 NSW’s feature meeting on Monday will be held at Queanbeyan.Credit:Jenny Evans

Dangers: Another one that’s been up for a long time, 5. Great Week looms as the quinella runner coming back in distance from a better draw; while watching the betting on Astern three-year-old 8. Spy Ninja making his debut in blinkers after a string of quiet trials.

How to play it: Avvertimento to win and quinella 2 and 5. Odds and Evens: Split

Back to the short course where a smart release from the barrier is vital. Keen at the value around four-year-old 2. Game Cove dropping back 100m in trip. Has been swamped in heavy ground the last two, but the improving surface is a big plus for one who has good early speed.

Dangers: Honest mare 1. Symo’s Girl is chasing only a second win at her 31st start but has been placed a further 11 times. Has enough tactical speed to offset the sharp drop in distance, although up 4kg to 59kg. Lightly raced mare 3. Miss Lamar is also suited over this distance second-up and will take some catching if she gets across from the wide gate okay. Another mare 4. Tiff’s Finale can give some cheek first-up at good odds from a low draw. Include In exotics 6. Benyatta first-up with gear changes.

How to play it: Game Cove each way. Odds and Evens: Split

All aboard home track Better Than Ready three-year-old 8. Raider Eightyeight on debut from the inside gate. Hasn’t been seen publicly since being good through the line in an open class trial in late May, but the form from that is rock solid for a race like this, and reportedly has been working well.

Dangers: Capable mare 9. Shoo Shoo Shoo brings handy form for this, including a last-start second at Kembla, but has a task over this journey drawn off the track. Was scratched from Canberra on Friday to be saved for this. Keep safe 1. A Long Walk who is over the odds from a good draw and behind a recent open class trial; while 6. Morezmo fourth-up on firmer ground; and 13. Prophet Time second-up; can both run into a place.

How to play it: Raider Eightyeight to win. Odds and Evens: Split

Very much like improving metro mare 7. Hot Dancing who peaks to win fourth-up at set weights with blinkers back on. Finished well four weeks back in smarter provincial company before again getting home late at Scone first try over the mile behind a very classy winner, and she drew to find the right trail around midfield.

Dangers: Metro filly 12. Mandalong Missile is down in weight and looking for this distance third-up; 6. Crazy Ladies is hard fit and in well at the weights after the claim; while 5. Tour Of Duty drawn wide fifth-up; and 9. Makanui down in weight; are the best of the rest.

How to play it: Hot Dancing to win. Odds and Evens: Split

Like underrated mare 2. Prophet’s Pride who is trained on the track and resumes off a quiet heavy-track trial. Both dominant career wins from only seven starts came here at home earlier in the year, and she has a rock solid fresh record. Will likely drift back from the gate but watch for her storming home.

Dangers: Local four-year-old 1. King Gutho resumes off a forward open class trial, and has more than enough ability, but wouldn’t be diving into an odds-on price under 60.5kg. Gap to the rest headed by local four-year-old 4. Accrue reloading off a 10-week break; and at much bigger odds 10. Rosie’s Gift second-up.

How to play it: Prophet’s Pride each way and quinella 1 and 2. Odds and Evens: Split

Keen at the value around Canberra mare 6. Put To Shame resuming from a six-month break. Generally comes to hand quickly, and only missed narrowly in a handy CL2 at the Sapphire Coast fresh last time over a mile.

Dangers: Progressive filly 5. Borderlands can go on with the job from the inside draw after a nice maiden win at her third start when coming from just off the speed. Honest provincial mare 1. Unearthed continues to sneak back down in class, although the handicapper hasn’t missed her with 62kg. Home track mare 3. Murkowski will likely be ridden a bit quieter from this draw in better going after being easily run down leading in a CL1 at Canberra.

We close with the boys’ edition, and potentially the widest and toughest race on the card. Progressive metro stallion 5. Mandalong Cash only has to find some cover from the wide barrier to be the one to beat deep into his prep. Came through some handy front-running efforts in CL1 grade before a dominant win on the South Coast after tracking the speed.

Dangers: Keep safe improving home track four-year-old 1. Pink Panther who finds his easiest race in a while, but has to cart a big weight; while 6. Come On Harry second-up; and 11. Belleistic Kids dropping back from a much tougher metro field; head the rest.

How to play it: Mandalong Cash to win. Odds and Evens: Odds

News, results and expert analysis from the weekend of sport sent every Monday. Sign up for our Sport newsletter