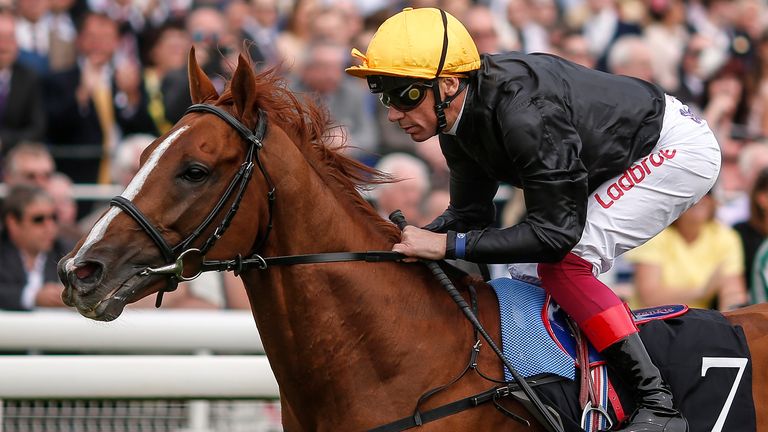 Connections of Stradivarius hope he can establish himself as a staying great and join an elite list of multiple winners of the Ascot Gold Cup.

The John Gosden-trained four-year-old signed of his hugely successful campaign when registering a fifth straight victory this season in the Group Two Long Distance Cup at Ascot’s Champions Day.

Previously, the son of Sea The Stars had claimed the WH Stayers’ million pound bonus with his victories in the Yorkshire Cup, the Ascot Gold Cup, Goodwood Cup and the Lonsdale Cup.

His owner Bjorn Nielsen said: “He is just an incredible horse. To own a horse like that only comes around once in a lifetime.

“It was tough on Saturday for him, because the conditions were not in his favour in terms of the ground and tactics of the race.

“Frankie Dettori gave him a great ride and forced him through the gap – and the rest is history.”

Nielsen has time to reflect on Stradivarius’ brilliant, unbeaten season – and plan next year too.

“It has been an incredible season, winning five out of five races,” he said.

“He will start off next season in either the Sagaro at Ascot or the Yorkshire Cup – and see how we go – but the Ascot Gold Cup will be the main aim again.”