A NSW racehorse trainer has had a mammoth three-year ban for animal welfare charges overturned on appeal.

Wagga Wagga’s Trevor Sutherland, one of regional NSW’s leading conditioners, had been hit with one of the biggest welfare penalties handed down by a racing regulator but will now be free to return to training, pending an appeal from Racing NSW. 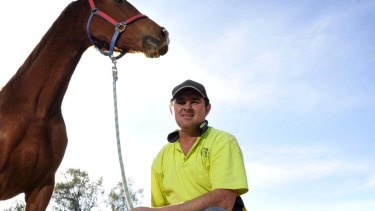 Wagga Wagga trainer Trevor Sutherland has had his appeal over a three-year ban on animal welfare charges upheld.Credit:Les Smith

Sutherland was notified on Wednesday he had been successful in his appeal, which heard the trainer had “unknowingly and unintentionally” sent horses he used to care for to a third party before they were euthanised.

Sutherland told an initial inquiry his former gallopers Rozzi and Redfu were sent to the property of registered owner Donnchadh Brown, who admitted he asked another person to destroy them when they didn’t assimilate with other animals on his property. It meant he couldn’t retrain the horses for hunting purposes.

Sutherland said he had no idea of Brown’s plans for the horses.

Brown pleaded guilty to slaughtering Redfu, Rozzi and two other horses, Hangin With Willy and Witchblade, on or around July last year. Stewards handed Brown a four-year disqualification.

Racing NSW requires trainers to notify the regulator where racehorses are rehomed when their days on the track are finished. There are strict conditions on places where they can be rehomed.

The Australian racing industry has battled a number of animal welfare issues in recent years, most notably media exposes that have alleged former racehorses have been slaughtered at abattoirs.

Meanwhile, group 1-winning jockey Adam Hyeronimus has had an appeal against five of the 30 betting charges he was found guilty of overturned on appeal.

The rider, who is serving a three-year disqualification, will now provide a submission as to whether his ban should be reduced.