‘Who’s to say that I’m finished with the UFC?’: Cain Velasquez reveals he could return to MMA after he ‘gets his hands on’ Brock Lesnar in the WWE

Cain Velasquez has revealed that his UFC days may not be over just yet.

The two-time heavyweight champion announced his retirement from mixed martial arts in October after suffering a devastating defeat to Francis Ngannou following a three-year hiatus due to injury troubles.

He has gone on to join the WWE, making his debut against champion and former UFC rival Brock Lesnar at Crown Jewel in Saudi Arabia. 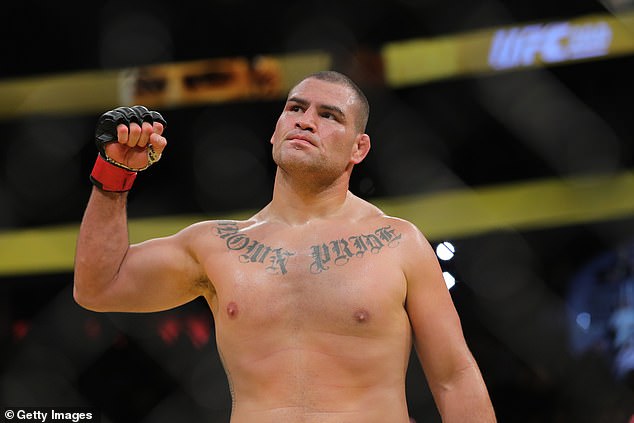 However, the book might not be closed on the 37-year-old’s fighting career despite the fact he has officially hung up his gloves and withdrawn from the USADA testing pool to focus on his professional wrestling career.

‘Who’s to say that I’m finished with the UFC?’, Velasquez replied when asked about his future by Sportsmail during WWE’s promotion for their move to BT Sport in the UK.

‘I’m doing this (WWE) right now but I’m still training. There could be a time when I go back.’

Many questioned the American’s decision to accept a fight against a competitor as dangerous as Ngannou with he fight going on to last just 26 seconds. 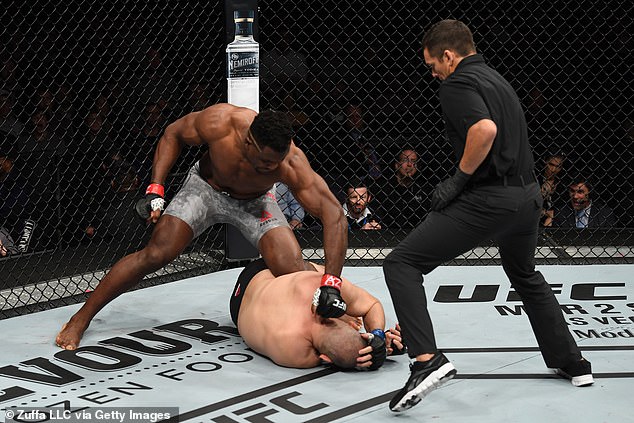 ‘There’s no regrets,’ Velasquez said, reflecting on the fight. ‘Obviously the outcome wasn’t what I wanted it to be but that’s what happens. I’ve been in that sport long enough to know that not everything goes your way. You can train as hard as you can and be as committed as you can but that night was not my night.

‘I’m still very salty, still very upset about what happened in the fight. That’s just me as a competitor… I obviously want to win them all.’

For now Velasquez has his eyes set on this month’s Royal Rumble and a chance to avenge his debut defeat to Lesnar. 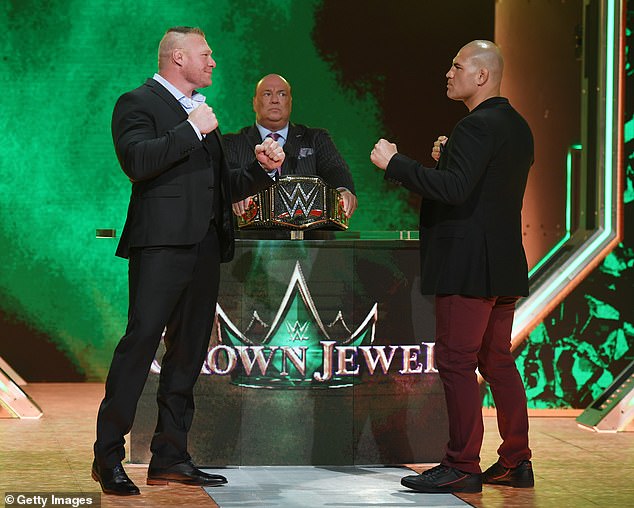 ‘If I get the opportunity to go in to the Royal Rumble and lay some hands on him, I’m gonna take that opportunity,’ he continued.

‘He’s obviously been in the sport for a while and he kind of just does what he wants to do. I will never stop fighting to get another match with him and have that chance to beat him.

‘Brock is the man here, this is his home, this is his hood. There’s obviously a lot that I have got to learn and be comfortable with in order to go out and beat him here. I’m excited for that journey.’

BT Sport is the exclusive live broadcaster of WWE in the UK, showing Raw, Smackdown, NXT and NXT UK plus all the year’s biggest PPV events on BT Sport Box Office. Subscribe and watch on TV or the App or try out the BT Sport Monthly Pass.