‘The loss of a father, a coach, and a dedicated supporter of the sport’: Conor McGregor offers condolences to rival Khabib Nurmagomedov after his father died aged just 57 due to complications from coronavirus

Conor McGregor has paid tribute to Khabib Nurmagomedov’s father after he tragically passed away on Friday.

Abdulmanap Nurmagomedov died in hospital after complications from an infection stemming from coronavirus.

The legendary trainer had been hospitalised in Moscow for weeks after suffering a heart attack following his contraction of Covid-19. 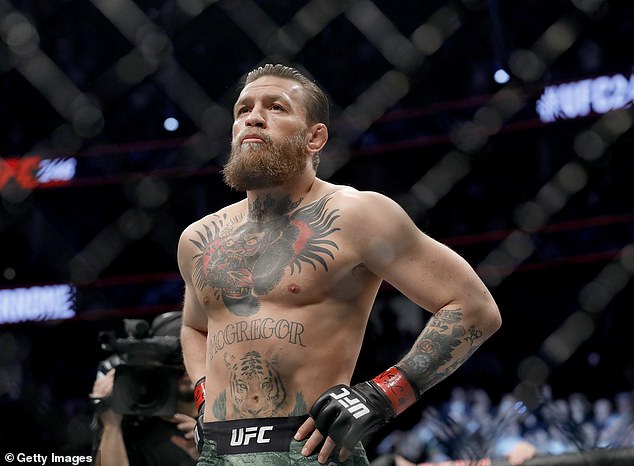 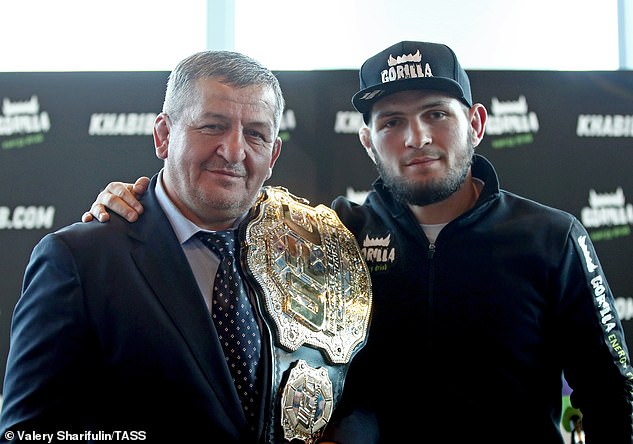 And McGregor took to Twitter to offer his condolences to his great rival.

‘The loss of a father, a coach, and a dedicated supporter of the sport,’ the Irishman wrote. ‘Condolences and rest in peace Abdulmanap Nurmagomedov’.

The death was announced by Cechen leader Ramzan Kadyrov, as reported by RT,  with a message which read: ‘Sad news reached me, friends, that Abdulmanap Nurmagomedov had left this world.

‘From all Chechen people I offer sincere condolences to the family of Abdulmanap! He left us, leaving behind a good name and raising a worthy generation!’

Abdulmanap fell ill back in April with pneumonia-like symptoms and his condition deteriorated.

He was then flown to hospital in Moscow where he tested positive for coronavirus and then suffered a heart attack before undergoing bypass surgery. 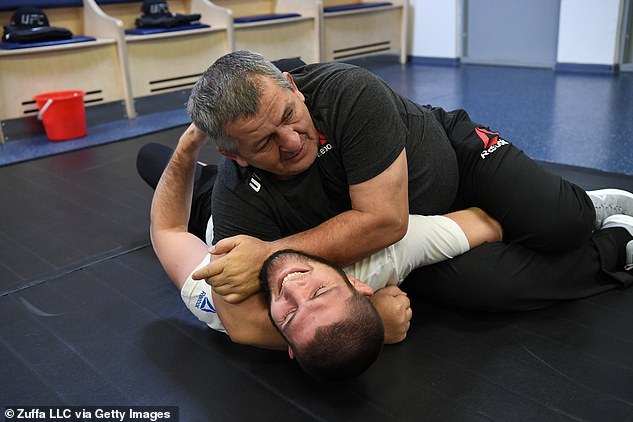 The veteran coach was then put into a medically induced coma and when he regained consciousness was reportedly struggling with his speech and according to Kadyrov, has since died.

‘They managed to treat his heart, but not his brain, so he didn’t emerge from a coma.

‘The situation was too serious, it was already too late.

‘The doctors did everything they could, they even tried to connect him with the president [Putin], but his condition was too serious.’ 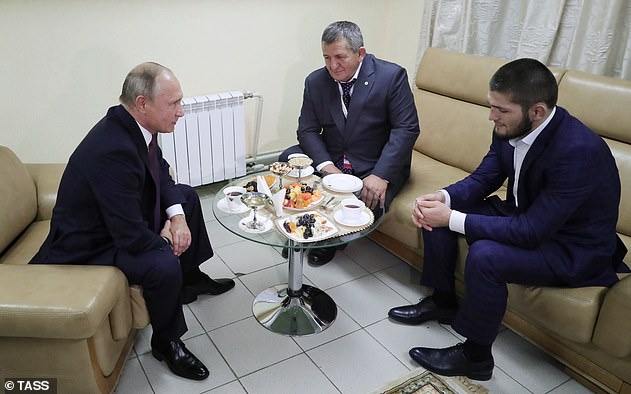 Abdulmanap was incredibly close with Khabib, who he trained up in Sambo and wrestling since the UFC lightweight champion was a little boy, even having his son fight bear cubs.

He was refused a visa to travel for Khabib’s fights in the US but was in attendance last year in Abu Dhabi to see the title defence against Dustin Poirier.

Khabib recently revealed that he had been visiting his father every day in hospital.

He said: ‘I visit him, he recognizes me, but there’s no communication because he’s connected to [medical] devices. 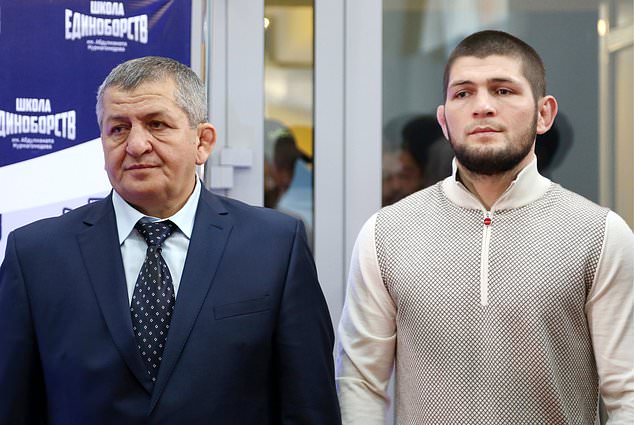 ‘Every day they let me in, I spend half an hour [with him], I hold his hand. When I ask: ‘Father, do you recognize me?’ He gestures and lets me know.’

After the news that Abdulmanap was in a coma, even Khabib’s long-time rival – Conor McGregor – sent his best wishes on Twitter.

He wrote: ‘Praying for the recovery of Abdulmanap Nurmagomedov. A man responsible for more world champions, across multiple fighting disciplines, than we even know.

‘A true martial genius! Very saddened upon hearing this news tonight. Praying for the Nurmagomedov family at this time.’

Abdulmanap was the most influential presence on his son’s career and even turned the bottom floor of their family home into a gym so Khabib could train all day.

Some gave him the moniker ‘Father of Dagestan MMA’ with a disproportionately high number of talented fighters emerging from the region, often from under his tutelage.

Khabib is due to defend his title against Justin Gaethje later this year which will no doubt take on another weight of emotional significance for the champion now with his father’s passing. 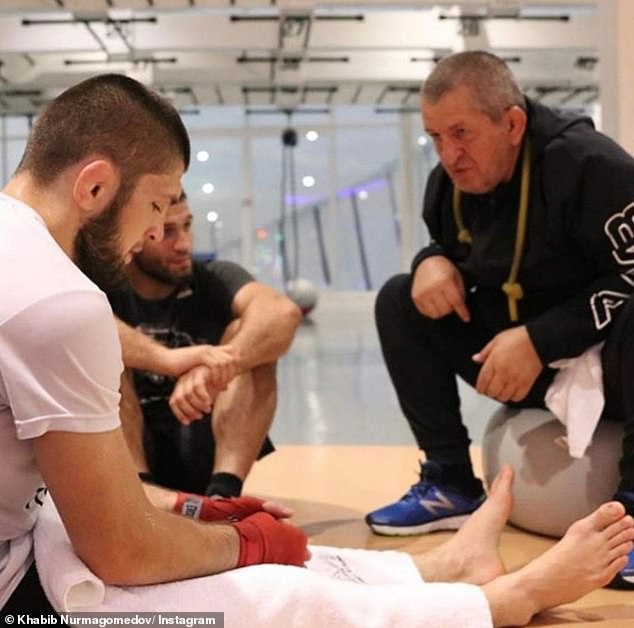