Conor McGregor has branded the UFC ‘borderline criminal’ for failing to provide him with a fight since January.

The Irishman also appealed to Disney CEO Bob Chapek for help to resolve the situation as Disney own ESPN, who in turn are the UFC’s paymasters for their broadcasting deal.

McGregor ‘retired’ for the third time over the summer due to frustration with the lack of action and is now planning to fight Manny Pacquiao in a boxing match later this year. 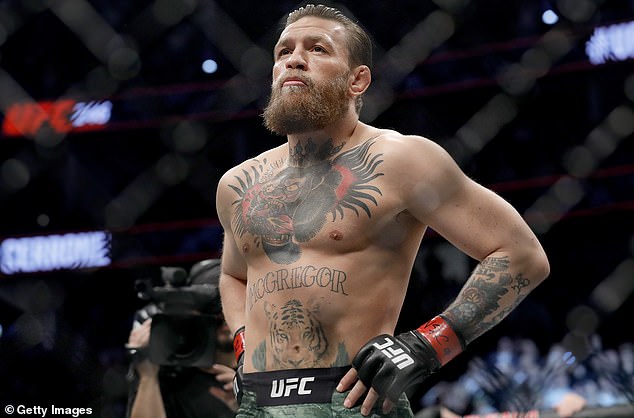 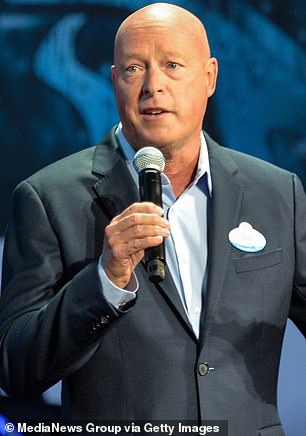 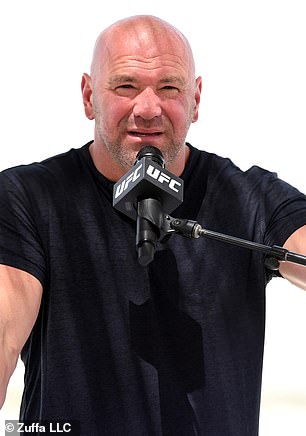 He recently leaked messages between himself and UFC president Dana White showing how much he wanted to step back into the octagon.

But the company have not found him any fights behind closed doors and McGregor posted a lengthy Instagram caption about the situation alongside a picture of him punching Floyd Mayweather in their 2017 bout.

In one section he wrote: ‘I’d rather fight MMA anyway not sure why I’ve been held back like this, it’s borderline criminal at this stage.

‘The biggest number generator in the game asking for four fights since February this year and getting left on seen.

‘It’s pretty f***** up when I keep thinking of it. I’ve been right here this whole time.

‘Bob Chapek, do you copy!

‘Anyways boxing it is for now and I’m up for this! I hope no bottling takes place here. I’m already agreeing to these limited rules and holding back my full array of weapons. Let’s get it going guys.’

Earlier in the year White admitted: ‘We got a call from the highest level you can go at Disney, and the highest level of ESPN,’ when asked why the UFC cancelled a planned event at the start of the coronavirus pandemic, showing how much sway the corporations have.

That said, ESPN does not have an ownership stake in the UFC so cannot force them to make decisions.

In reference to the snap of him landing a punch on Mayweather, he wrote: ‘The very first shot of the fight. Right on the button through the guard. I didn’t even put anything into that shot. Just placed it. It was hard for me not to dwell on the full 12 rounds that were potentially ahead of me and hold back my shots early. 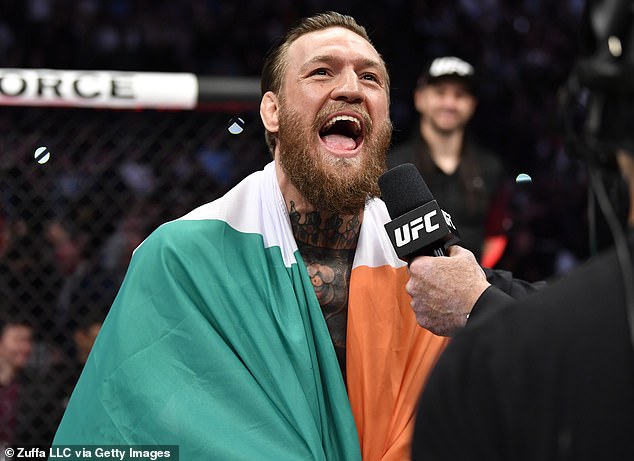 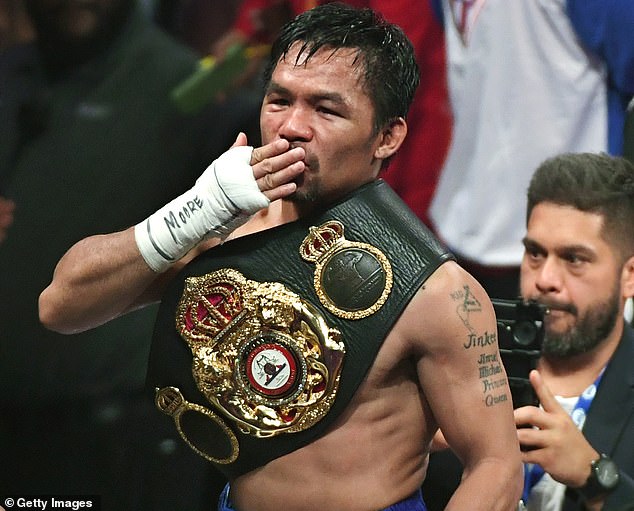 ‘Listen to none of them! Really I should have just sat right thru that shot and took his head off and f*** the distance. If it didn’t work out just give him a good boot into the neck and get DQ’d and fined and who’d give a f***. I’m upset I fully followed the rules for that fight to be honest. Floyd deserved a volley at the least. A shoulder even, break the face.

‘Manny not so much tho I don’t think, but I will see how the build up goes and wait to hear what bitter old Freddie Roach has to say and then make a decision. My Whiskeys at half a b and climbing I could take a fine.’

It remains to be seen whether McGregor can find a resolution with White and the UFC but their relationship appears more strained than ever.

Stepping into the ring to take on Pacquiao could be legally complicated with McGregor’s MMA contract and it seems there are still a number of hurdles to be negotiated.

He has also agreed with Dustin Poirier in principle to have a charity MMA ‘exhibition’ outside the remit of the UFC.