Ain’t that a KNEE in the head! Sickening moment a fighter brutally knocks out his unaware opponent during the WEIGH IN for an event in Belarus as stunned security guards are forced to pile in

This is the brutal moment an MMA fighter in Belarus went rogue and launched a sickening attack on his unaware, would-be opponent.

The unidentified fighters had started to face off during the weigh-in at the Zames Fight Club when the incident happened, as shown in a video posted by RT Sport News.

One fighter shockingly attacked the other with a flying knee to the face and knocked him out. 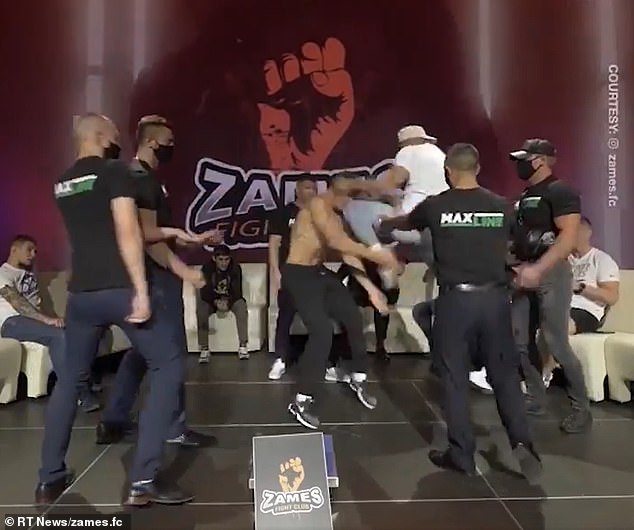 He then seemed ready to cause further damage but security intervened. 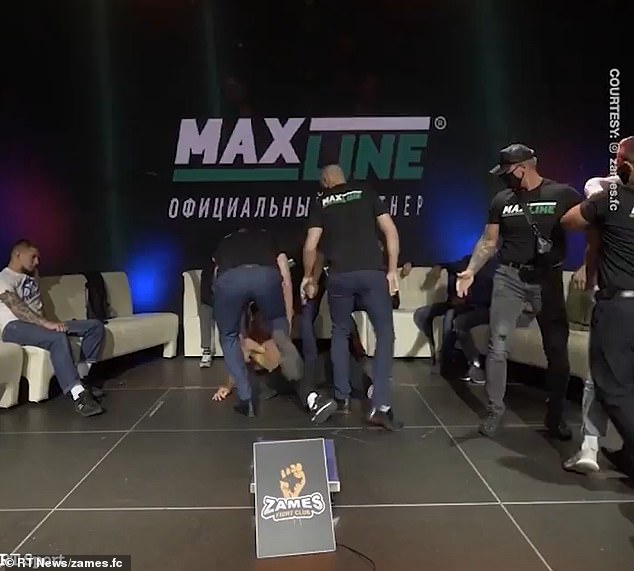 On Instagram one user described the fighter’s actions as ‘cowardly’.

Meanwhile, others suggested that he should be banned for life.

Another user stated: ‘need to cancel his licence straight away’.