Olympics: Tokyo 2020 president says Games will not be cancelled

Every athlete has a special bond with their coaching team, built from years of dedication on the track and in the gym working a four-year cycle in preparation for the biggest sporting event in the world. The coronavirus pandemic though has challenged most athletes to find a way to adapt their training schedule and Britain’s Andrew Pozzi has had it tougher than most.

Pozzi made the decision a few years ago to join up with legendary Cuban coach Santiago Antunez – who worked with two Olympic 110m hurdles champions in Dayron Robles back in 2008 and Anier Garcia in 2000 – at his training base in Italy.

The big change from training in Loughborough to the Italian Olympic Association high-performance base in Formio has helped shape Pozzi into becoming a big medal hopeful at the Tokyo Olympics.

Those hopes and dreams came to a sudden halt last year when news broke that the COVID-19 pandemic would cause the Olympic Games to be postponed for another year.

Athletic meets would slowly get back up and running on a limited schedule and there was a bittersweet moment when Pozzi matched his 13.14-second outdoors personal best over the 110m hurdles in Monaco in August – one week after the hurdles final for the 2020 Olympics would have taken place.

Athletes have faced restrictions on who they’re allowed to bring with them to events and that has affected Pozzi more than most.

At 73 years of age, Antunez is at higher risk of catching the coronavirus but the iconic hurdles coach had his first dose of the vaccine in March with the second coming in May – when the outdoor season gets started. 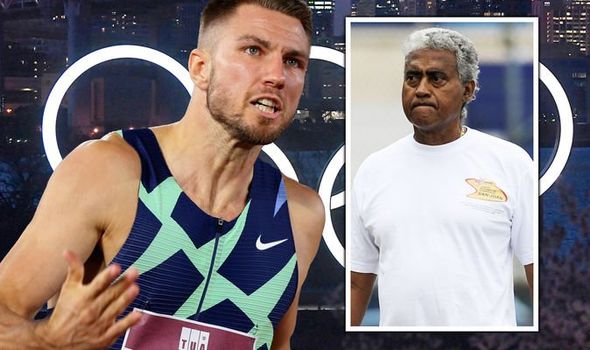 It’s meant that Pozzi has had to get used to a “solitary” lifestyle in recent months without his coach being at his side but Antunez’s vaccination means things could soon return to normal with the Tokyo Olympics less than 100 days away.

“That’s a huge weight off our minds because it means for most of the outdoor season he’ll be able to travel, certainly by the Olympics he’ll be there,” Pozzi told Express Sport.

“We’ve done a good job of working around that and I think there’s been a great spirit among different athletes because even at the competitions there’s been far fewer coaches allowed to try and keep the numbers down.

“From that point of view, everybody’s helped each other and if there has been one coach then they’ve helped several athletes so there’s been a nice camaraderie that’s come out of having to adapt to competitions in the covid world these days.

“Pozzi’s preparations for the start of 2021 were also hampered by a hamstring injury which meant he was only able to begin training a few weeks before the European Indoor Championships.

Despite the setback, and challenges of training without his coach by his side, Pozzi was able to clinch silver over the 60m hurdles in another equal personal best.

Pozzi’s disappointment in not winning gold was quickly overtaken by the belief that if his time in Torun, Poland was achievable having just recovered from an injury then he should be on track to make even bigger strides by the time he travels to Tokyo.

“It’s a frustrating one because you always want to win,” he added.

“In hindsight and when you have a chance to reflect, it was a good performance because it was an equal PB and I lost two months training from December and I only started again around three weeks before the champs because I had a bit of an injury.

“It’s probably a little quicker than I thought I was able to do. Training before that was going so well, I was really excited but we had to really work hard to adapt because I wasn’t able to train the way I liked for about six weeks. 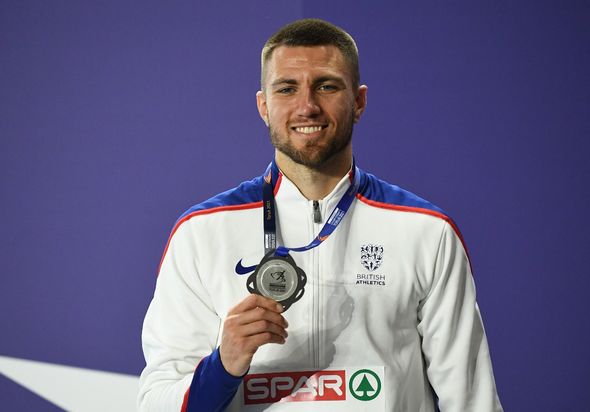 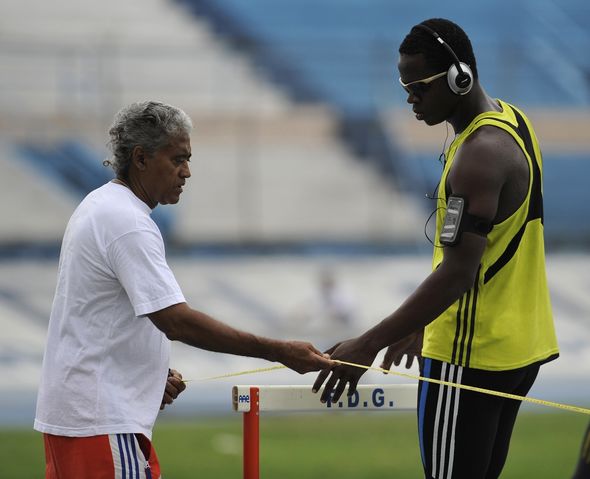 “So from that point of view, to run an equal PB, means that I’m really on a great track for the outdoors and I’ve just looked at it like that.

“From that point of view, we’ll have lots of time to prepare so I think we’re on track to do really well in the summer.

“I wouldn’t have chosen for it to happen but at the same time it’s actually been a really positive learning experience for me.”

His ideal preparations are still up in the air though with new post-Brexit rules limiting British citizens to a stay of 90 days in the European Union during any 180-day period, but Pozzi is hopeful the need for a change in regulation will spark the right kind of “conversations”. 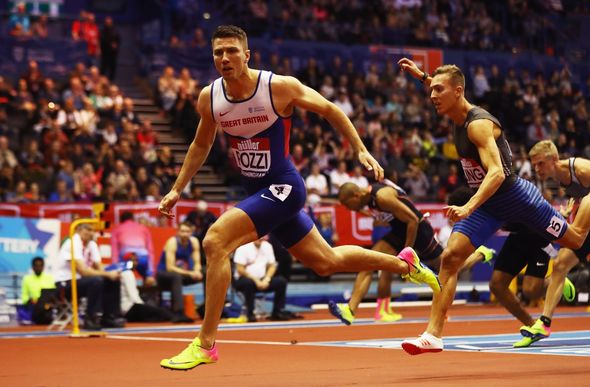 “I think we can see a relatively clear route to me getting back but the longer time goes on, the easier that will become because it’s recognised as a problem,” Pozzi added.

“At the moment, because of the coronavirus, there aren’t lots of people trying to do it.

“There aren’t lots of sports competitions, music festivals for people to be travelling around so I think it’s been somewhat overlooked whereas now the conversation is kind of starting.”

Pozzi is planning to return to the UK in July anyway for the Muller Anniversary Games (July 13), for what will be his last competitive meeting before travelling to Tokyo and he’s hopeful of seeing fans in the stadium.

“Undoubtedly you’re going to get the best athletes in the world wanting to come over to London to race there in order to get their preparations sorted so fingers crossed we’re able to get some fans in the stands.”

Andrew Pozzi is a Müller Ambassador and member of the Müller Athletic Squad. Müller are the official yogurt of British Athletics and Athletics Ireland. The Müller Anniversary Games will be held at the London stadium on the 13th July