The Milwaukee Bucks rallied from nine points down in the fourth quarter to defeat the Phoenix Suns 109-103 in Game 4 of the NBA Finals on Wednesday to tie the best-of-seven series at 2-2 in front their own elated fans at Fiserv Forum.

The teams were tied at the half but small forward Khris Middleton pushed the Bucks over the top, tallying 40 points, six rebounds and four assists.

Milwaukee had looked in deep trouble after losing the opening two games of the series in Phoenix but never counted themselves out. 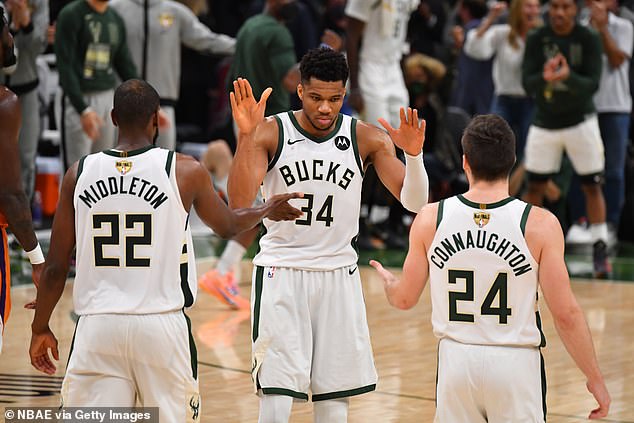 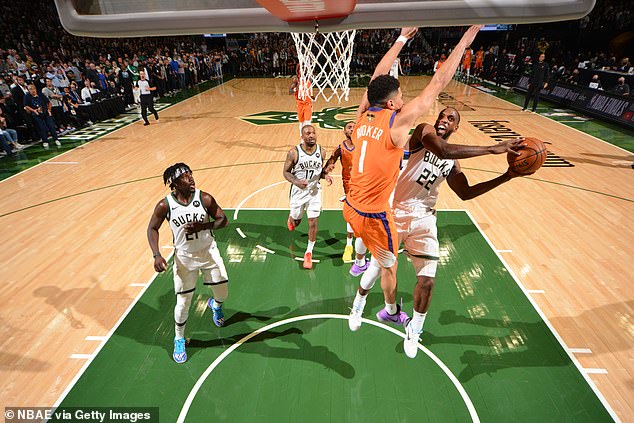 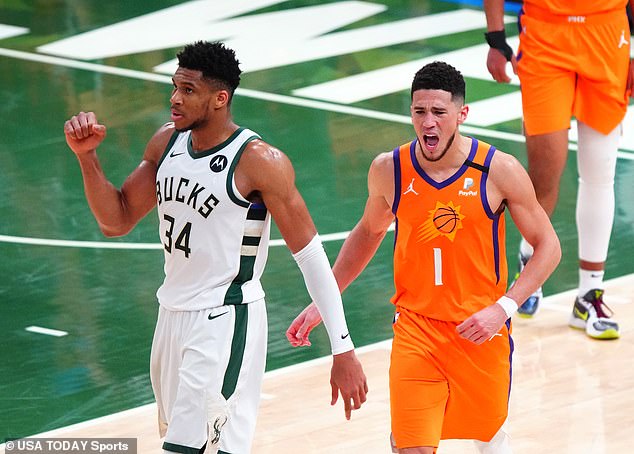 There were contrasting fortunes for Antetokounmpo (left) and Devin Booker (right), whose 42 points for the Suns top scored but couldn’t avert defeat

‘Just staying strong, staying with it,’ Middleton said. ‘Telling myself you’re always in the game no matter what the score until that clock runs out.’

Giannis Antetokounmpo did not match his plus-40 points efforts from the previous two games but still came up big for the Bucks with 26 points, 14 rebounds and eight assists.

Suns guard Devin Booker had 42 points but got little backup from his team-mates, none of whom were able to crack double-digits in the first half. 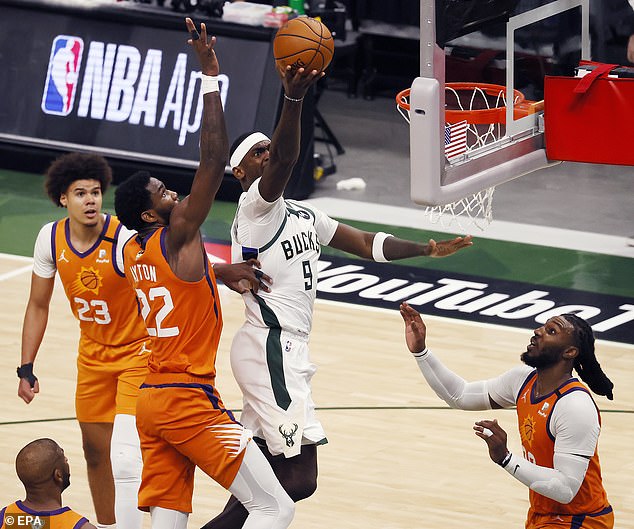 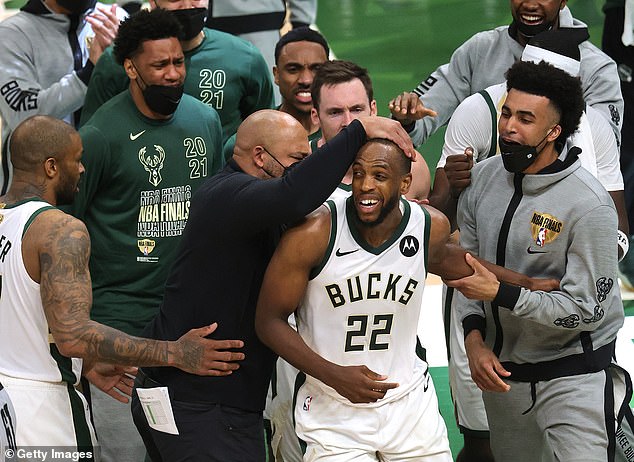 Middleton ended the night with 40 points, six rebounds and four assists in the Bucks’ win 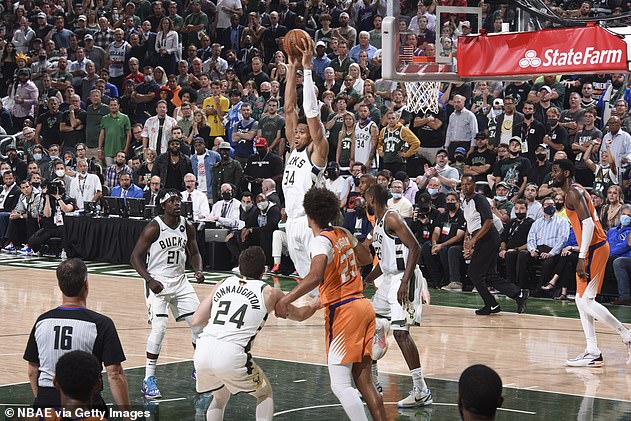 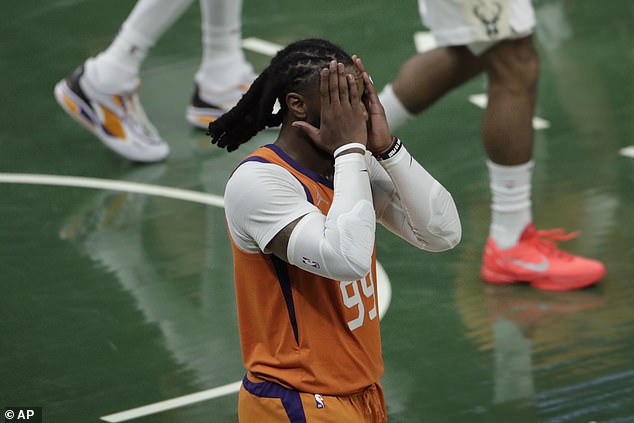 Point guard Chris Paul struggled from the start and only managed to put up two points in the first half and 10 total, a far cry from his 32-points performance in the series opener.

The series now shifts back to Phoenix for Game 5 on Saturday and Middleton said the Bucks had to take the momentum with them.

‘Whatever we’re doing here, we’ve got to find a way to do it there,’ he said.