NBA ROUNDUP: Damian Lillard scores a season-high 60 points while hitting nine 3-pointers to will Portland to win over Utah, while Stephen Curry is ejected from tight game in the fourth quarter for throwing his mouthpiece in Warriors win against Grizzlies

Lillard tied for second-most in the NBA this season. Donovan Mitchell had 71 for Cleveland against Chicago on Jan. 3. 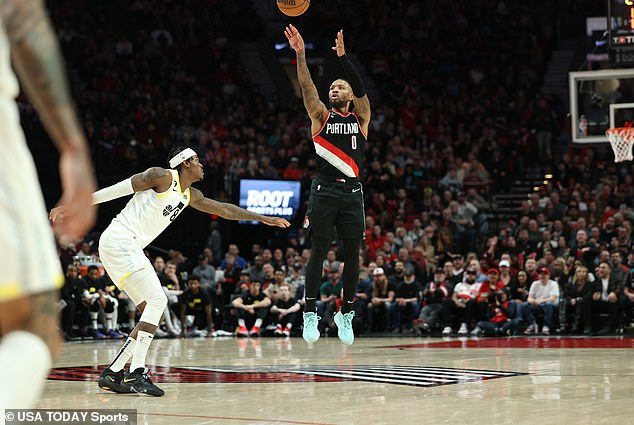 Grant and Anfernee Simons had back-to-back dunks to put Portland up 121-110 and the Blazers led comfortably the rest of the way.

When Lillard came to the free-throw line late in the game, the home crowd stood and chanted ‘MVP! ‘MVP!’ Lillard missed a jump shot with 29.1 seconds left that would have topped his career best 61.

After struggling for much of January, the Blazers were coming off a morale-boosting 147-127 victory over San Antonio on Monday. 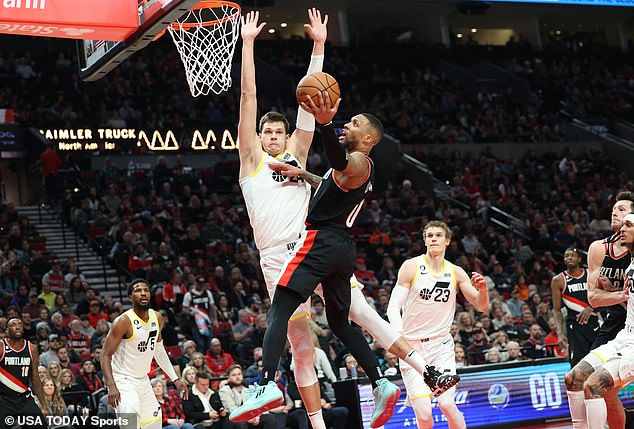 Lillard had 26 points in the first half, hitting six 3s.

Rookie Walker Kessler has been starting for the Jazz in Kelly Olynyk´s absence because of a left ankle strain. The 7-foot-1 center ranks among the lead leaders in blocks, with 1.9 per game.

Jazz coach Will Harvey said part of Walker’s development is knowing he belongs at the NBA level.

‘I think he’s getting some good feedback when he watches the film with the coaches, but I really think that he’s getting a lot of feedback from his teammates, and they’re empowering him,’ Harvey said.

‘The things that they say to him in the huddle, in the locker room, pregame, postgame and at practice, make him feel like he’s a big part of what we’re doing and that he does belong and I think that’s where you’re seeing his confidence grow.’ 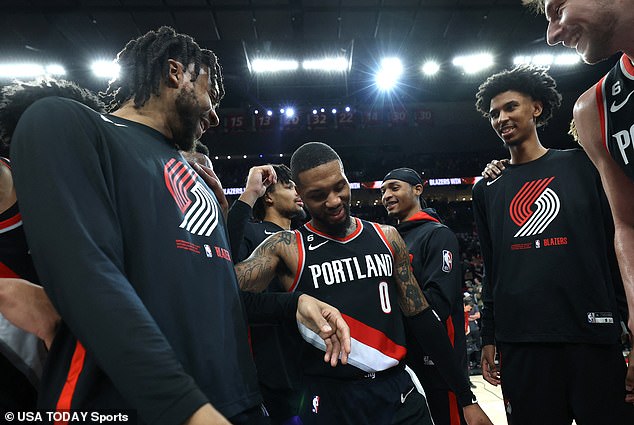 The Golden State Warriors won a neck-and-neck contest 122-120 after Jordan Poole hit a game winning layup leaving only one second left on the game clock.

Stephen Curry was ejected in the fourth quarter for throwing his mouthpiece into the stands after becoming frustrated following a missed shot.

Before the ejection Curry record 34 points and was shooting 10-11 from the foul line. 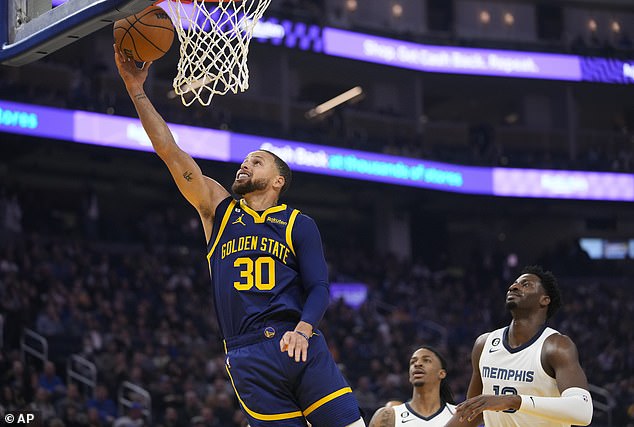 James Harden hit two 3-pointers and had a driving layup in the final four minutes against his former Brooklyn teammates and the Philadelphia 76ers stretched their winning streak to six games, outscoring the Nets 137-133 on Wednesday night.

Seth Curry had a season-high 32 points for Brooklyn. Kyrie Irving had 30 for the Nets, who have lost five of the last seven games without Kevin Durant.

The game was the first regular-season matchup between Embiid and former teammate Ben Simmons since a February 2022 trade that sent Simmons to Brooklyn for Harden. Simmons missed the rest of the 2022 season with various injuries, then Embiid was injured and missed the Sixers’ win in Simmons’ Philadelphia return November 22. 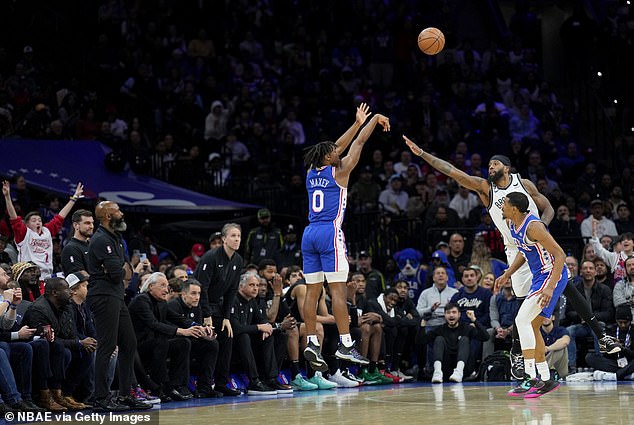 Jokic returned Tuesday night after missing two games and had his fourth straight triple-double in a 99-98 victory at New Orleans. But he rested the hamstring Wednesday rather than playing on back-to-back nights.

Aaron Gordon had 26 points and 13 rebounds for the Nuggets. 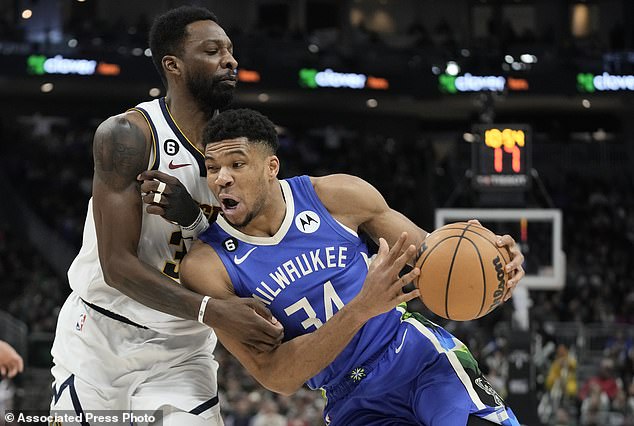 Anthony Edwards scored 37 points, Rudy Gobert had 17 points and 12 rebounds in his return from a groin injury, and Minnesota spoiled New Orleans star Brandon Ingram’s return from a two-month absence.

Ingram, who had not played since November 25 and had missed 29 games with a left toe injury, scored 13 points but struggled with his shot, missing 14 of 18, including all six attempts from deep.

CJ McCollum scored 25 points, and Jonas Valanciunas added 15 points and 12 rebounds for the Pelicans. They lost their sixth straight and dropped their ninth in the 12 games missed by star power forward Zion Williamson (right hamstring). 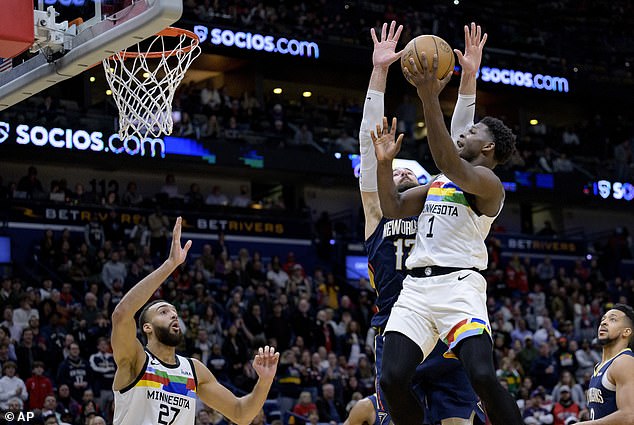 Kyle Kuzma scored 20 of his 33 points in the fourth quarter to help Washington rally past Houston.

The Wizards trailed by 19 points and were down by 10 to open the fourth quarter.

Houston’s Alperen Sengun had 21 points, 11 rebounds and 10 assists for his second career triple-double. 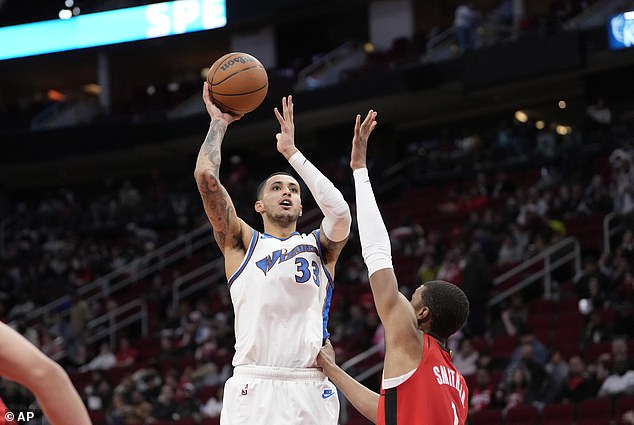 Trae Young had 33 points and 11 assists in Atlanta’s victory over Oklahoma City. 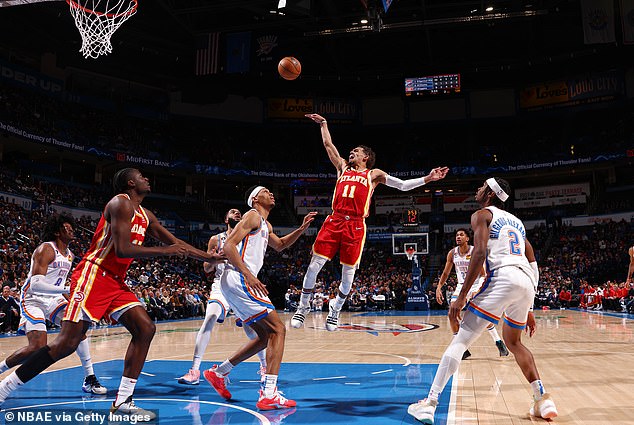 Paolo Banchero scored 23 points, Garry Harris made all six of his 3-pointers and added 22 points and Orlando held Indiana.

Orlando made 15 of 28 attempts from 3-point range and shot 56 percent overall. 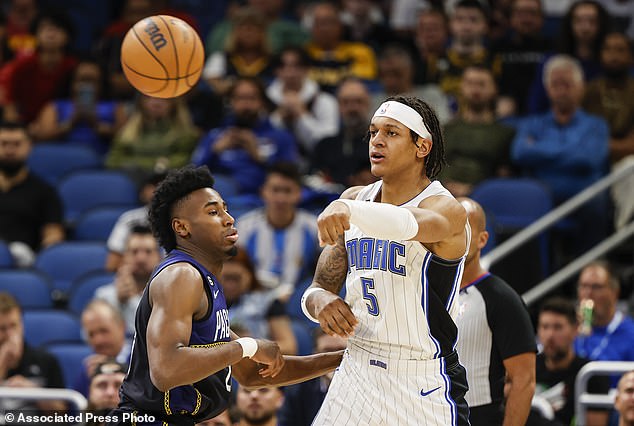 Pascal Siakam had 26 points and 11 rebounds as the Toronto Raptors beat the Pacific Division-leading Sacramento Kings 113-95 on Wednesday night.

Fred VanVleet scored 17 points and O.G. Anunoby added 11 for the Raptors, who had lost four of their last six games entering the contest. Precious Achiuwa added 19 points and Chris Boucher came off the bench to score 16. 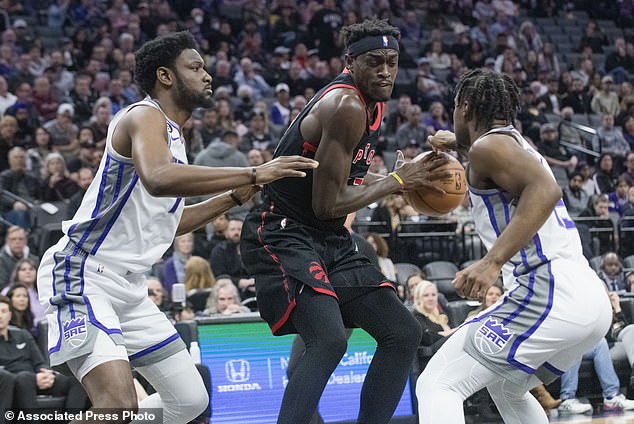 Anthony Davis scored 21 points in his return from a right foot injury, LeBron James added 20 and the Los Angeles Lakers bounced back from a rough loss to beat the San Antonio Spurs 113-104 on Wednesday night.

Davis, who missed 20 games due to a stress injury suffered during the first half of a Dec. 16 game at Denver, came in with 4:22 remaining in the first quarter. He was 7 of 15 from the field and also had 12 rebounds in 26 minutes for his 19th double-double in 26 games played this season.

Patrick Beverley scored a season-high 18 and Rui Hachimura added 12 in his Lakers debut.

Keldon Johnson had 25 points and Zach Collins scored 16 for San Antonio, which has won just five times in 22 road games. 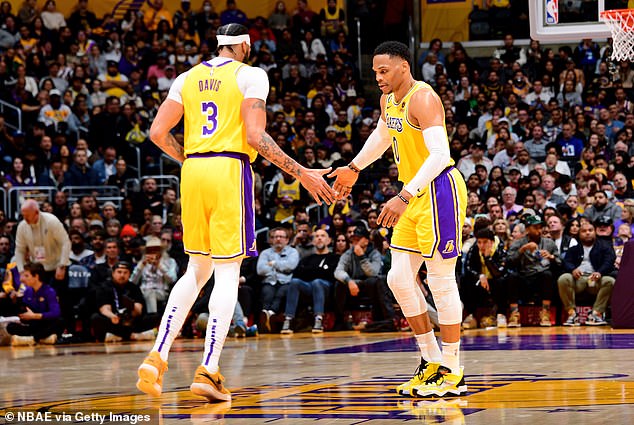