Giannis Antetokounmpo solicited the opinion of his mother ahead of signing the richest contract in NBA history with the Milwaukee Bucks.

The reigning back-to-back league MVP quashed suggestions of a 2021 departure this week as he agreed a five-year, $228m supermax extension ahead of the December 21 deadline to do so.

Having at one point looked set to headline a stacked free agency class next year, the 26-year-old insists he is happy to stay put in a place he calls ‘home’.

“I talked to my mother, asked her, did she want to move? She said, ‘No.’ So I said, ‘OK, cool. I’m just going to sign the deal then’. But, no, this is the place I want to be,” Antetokounmpo told reporters.

“This is my home. This is my city. I want to represent Milwaukee, and I want to do this for the next five years.”

Of course, his mother’s wishes were not the only reason for him to stay, with Antetokounmpo expressing his gratitude for the organisation’s role in his rise as one of the NBA’s most influential players.

After playing for Filathlitikos in Greece, he was drafted at 15th overall back in 2013 before becoming one of the youngest players ever to make his NBA debut at the age of 18 years, 311 days.

He has since become a two-time MVP, four-time All-Star, 2020 Defensive Player of the Year and the 2017 Most Improved Player. 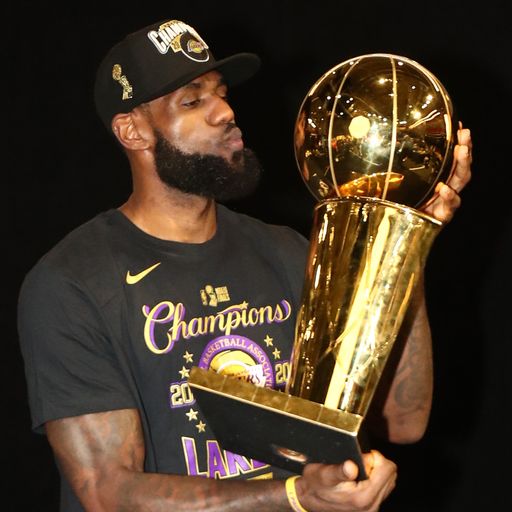 Stay up to date with the latest NBA news throughout the 2020-21 season.

“The way that this city has supported me and my family has been amazing since day one, since the day I walked in the Cousins Center gym and Bradley Center also,” he said. “It’s been amazing. I was 18. I’m 26 right now. All I know is Milwaukee.

“When I came here, all I knew is that this is a city that loves basketball. It’s a place where I want to raise my kids, and I feel good here. I feel that my family feels good here, so I’m good.”

Antetokounmpo starred as the Bucks dominated for much of the regular season with a record of 56-17 record before crashing out with a 4-1 series defeat to the Miami Heat in the Eastern Conference semi-finals.

The Bucks subsequently sought added support for him and Khris Middleton this offseason by trading for New Orleans Pelicans guard Jrue Holiday.

Milwaukee’s failure to go all the way naturally raised questions over whether the franchise could help its talisman fulfil his ambitions of winning a Championship – which Antetokounmpo himself evidently believes it can.

“At the end of the day, you’ve got to look at the past. We’ve gotten better every single year. In my opinion, the last two years were realistically the two years where we fight for a championship. The years before that, there wasn’t championship years, so it’s not going to be easy.”