London Marathon organisers have confirmed that a participant sadly passed away during the event. The 36-year-old man collapsed 23 miles into the run but was unable to be saved despite the quick response of medical teams.

The brief statement released by organisers read: “With deep sadness, we confirm the death of a participant in the 2022 TCS London Marathon.

“A 36-year-old man from South East England collapsed between mile 23 and mile 24 and, although he received immediate medical treatment and an ambulance was on the scene within three minutes, he died later in hospital.

“Everyone involved in the organisation of the London Marathon would like to express sincere condolences to his family and friends.

“The family has requested privacy and no further details will be released in accordance with their wishes.

“The cause of death will be established later through medical examination.” 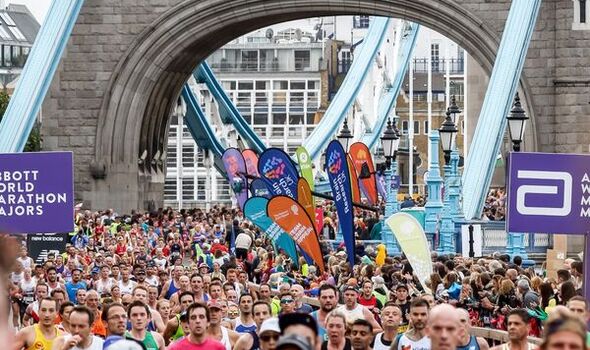 42,000 people competed in the event yesterday, which takes place between Greenwich and the Mall, with the race held in October for the third time after it was moved as a result of the Coronavirus pandemic. The women’s elite race was the first to get underway at 9am before they were followed by the elite men and general competition within the next hour.

Three of England’s victorious Euro’s squad got the races started, with captain Leah Williamson joined by veterans Jill Scott and Ellen White to give competitors a mental boost as they got underway. Thousands lined the streets of the capital to provide moral support and help provide refreshments as the competitors took on the 26.2 mile long challenge.

The women’s event was won by Ethiopia’s Yalemzerf Yehualaw who set a personal best time of 2:17:26 while Kenya’s Amos Kipruto claimed success in the men’s race, finishing with a time of 2:04:39. Chris Evans, Sophie Raworth and Mark Wright were among the celebrities who completed the marathon alongside the wider public to raise money for charities and good causes. 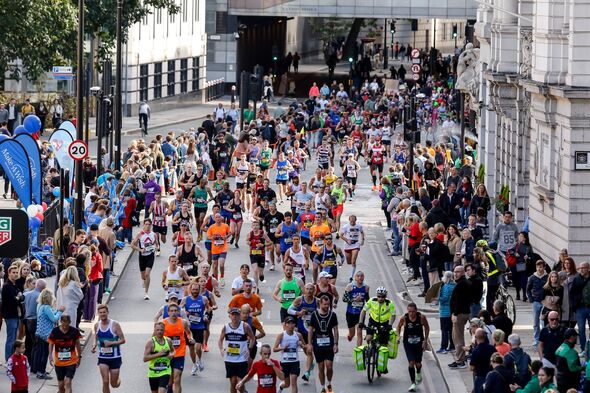 London Mayor Sadiq Khan praised those running after the event. He said: “I want to applaud everyone running today. Having taken part myself in 2014, I know how incredibly challenging and rewarding it can be.

“It’s amazing to see tens of thousands of people taking to the streets of London to support good causes.”