It has been an eventful few days for Efe Obada.

The Carolina Panthers were first NFL team to announce their final 53-man roster on Saturday, and the versatile defensive lineman had made it.

On Sunday, he tweeted his happiness at the decision. But a few hours later, he was one of three players waived after the Panthers claimed as many players off waivers.

And then, following the decision to place cornerback Eli Apple on injured reserve, Obada was back on the team.

And after laughing (and crying) at his original tweet, Obada showed his sense of humour by tweeting a picture of an Uno reverse card. 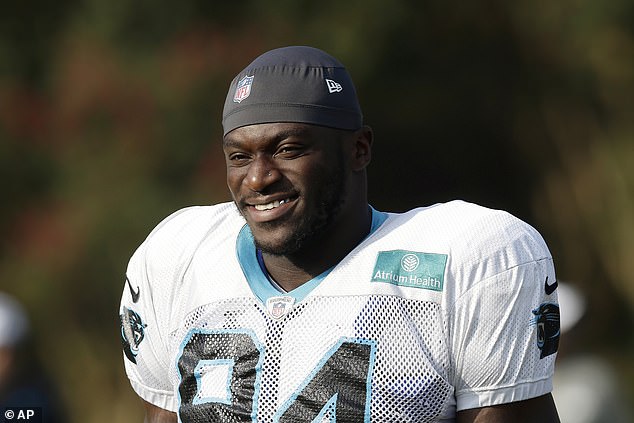 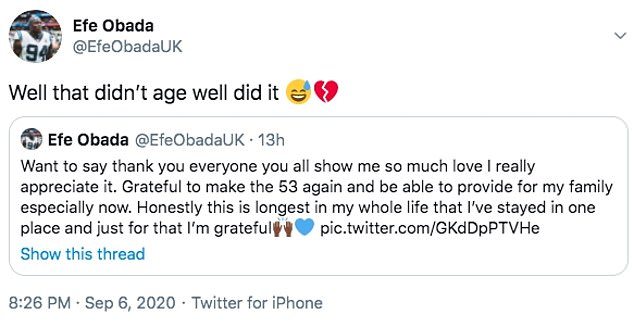 Obada has made himself at home in Carolina, endearing himself to team-mates and fans alike.

Last month, new head coach Matt Rhule praised the 28-year-old for his work ethic and for his ability to put on 10lbs in the offseason. The 6ft 6in Obada now weighs a fearsome 19-and-a-half stone.

‘He’s a really good player. We’re trying to carve out and find a great roel for him where he can make an impact on the game. He’s the kind of guy that makes you have a good defense.’

During lockdown, Obada was forced to be in Caroline while his wife, who has a systematic autoimmune disorder, was shielding in London.

He only saw her twice during the pandemic, and had to quarantine himself for 14 days when landing in England and on his return to the US. 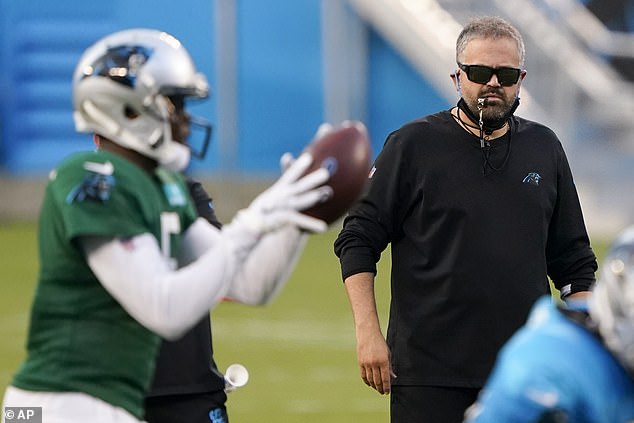 Obada, who signed a one-year, $750,000 deal in January, has one of the most remarkable stories in sport.

He grew up in Nigeria, was trafficked to England via Holland aged 10 and spent time on the streets of London looking after his sister.

By chance, he started playing American football with the London Warriors and after five games was flown out to Dallas to work out with the Cowboys. After stints with the Kansas City Chiefs and Atlanta Falcons, Obada joined the Panthers in 2018 after a successful spell on the NFL’s International Pathway Programme.

Former Panthers head coach Ron Rivera handed Obada his debut in week three of the 2018 season against the Cincinnati Bengals. Obada came away with a sack, an interception and a game ball. He was also named the NFC’s defensive player of the week. 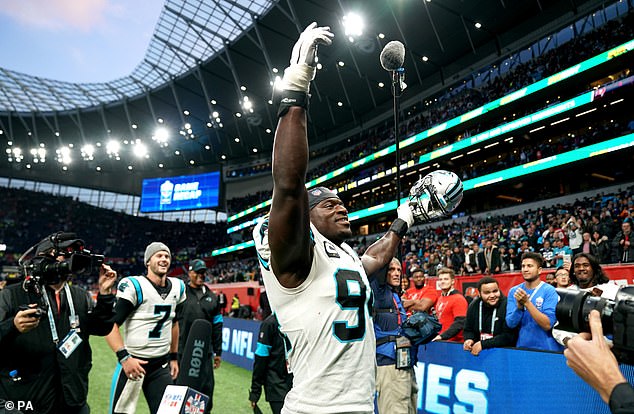 Last October, he returned to the capital and was an honorary caption for the Panthers’ 37-26 victory against the Tampa Bay Buccaneers at Tottenham Hotspur Stadium.

Rhule said: ‘I love Efe. He’s a tremendous person and player. Hard decisions have to be made, unfortunately.’

But, not for the first time, the life of Efe Obada continues to take remarkable turns. 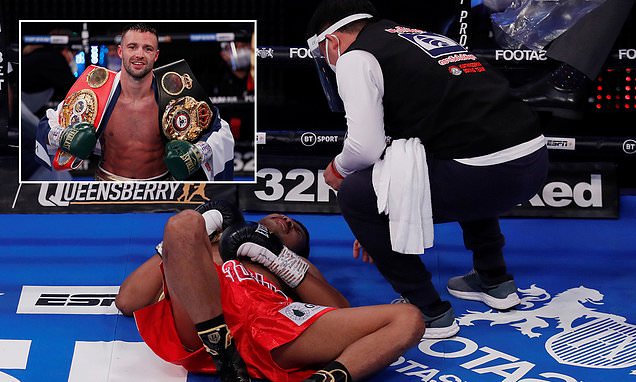