Despite the 26-11 win, their seventh in a row at home over their AFC South rivals, the 3-14 Jaguars will receive the first overall pick of the draft for the second season in a row. 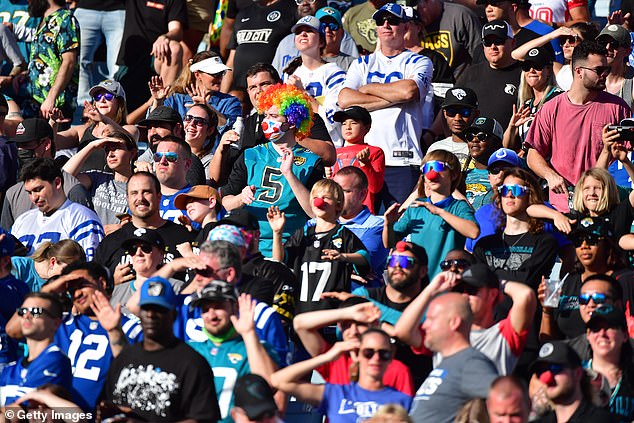 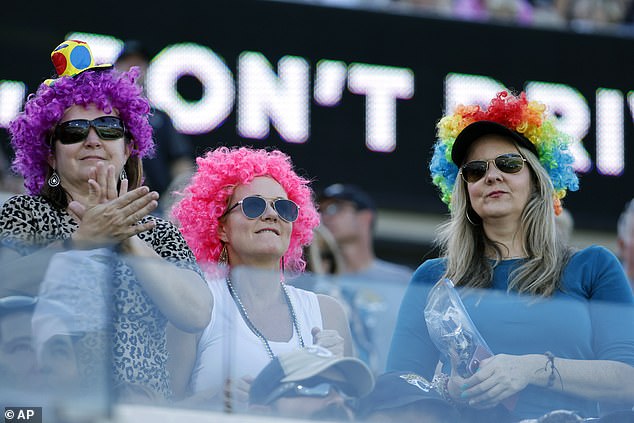 And despite the circus atmosphere, it appears Khan will continue with Baalke, 57, who oversaw one of the most dysfunctional seasons in NFL history.

It has been another wretched season for Jacksonville, who sacked head coach Urban Meyer last December after a string of increasingly excruciating and barely believable missteps.

After it was reported that Khan will retain Baalke’s services for another season, Duval fans took matters into their own hands.

Following last week’s 50-10 defeat by New England – the team’s fifth by 20 points or more this season – disgruntled supporters changed their social media avatars to pictures of a clown with Khan’s trademark tache. 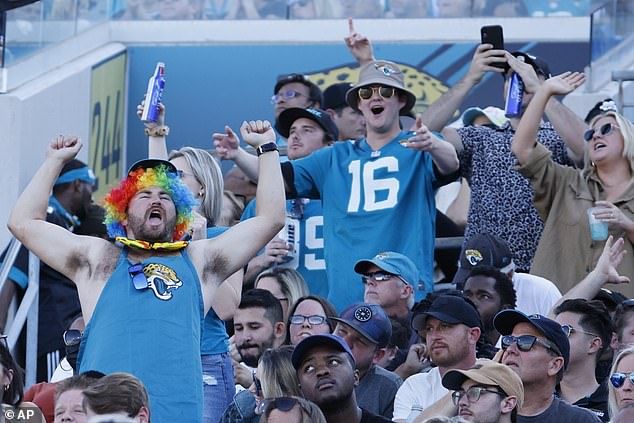 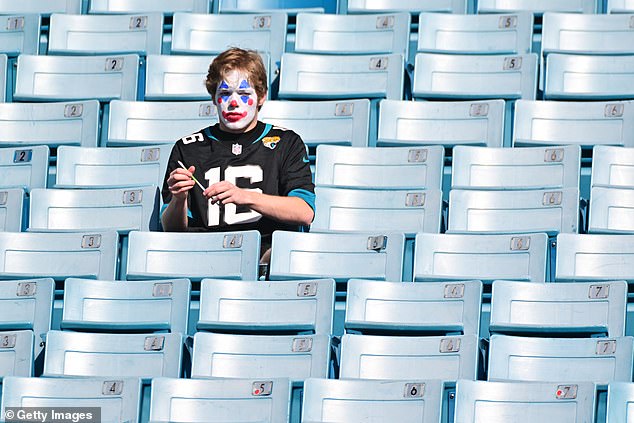 The ‘clown game’ movement snowballed. So much so that RoofClaim.com, the title sponsor of the Colts match up, sued the Jags to have its name removed.

‘I mean I don’t know what they’re talking about very much, but I do understand the frustration that they have,’ interim head coach Darrell Bevell said on Wednesday.

‘There’s a level of frustration here within the building. The players are frustrated, we’re frustrated with what’s going on, and we want it to be better as well.’ 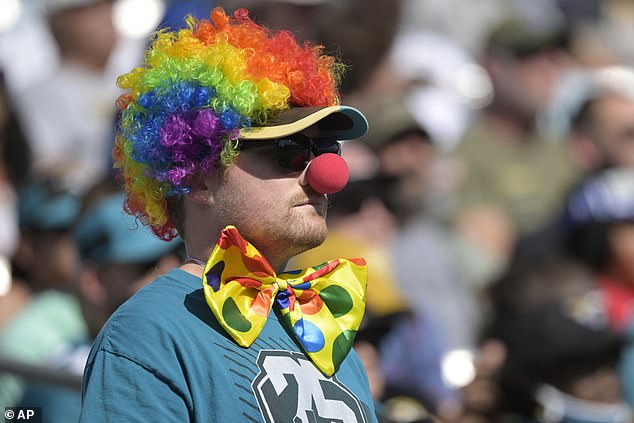 Khan bought Jacksonville in 2012. They have had one winning season in that spell – reaching the AFC Championship in 2017 – but have lost 10 or more games in 10 of the last 11 seasons.

With Baalke as general manager, the San Francisco 49ers reached three straight NFC Championship games from 2011. But his tenure was pockmarked by conflicts with head coaches Jim Harbaugh, Jim Tomsula and Chip Kelly.

Baalke moved to Jacksonville in 2020 as director of player personnel and was promoted to GM last year. 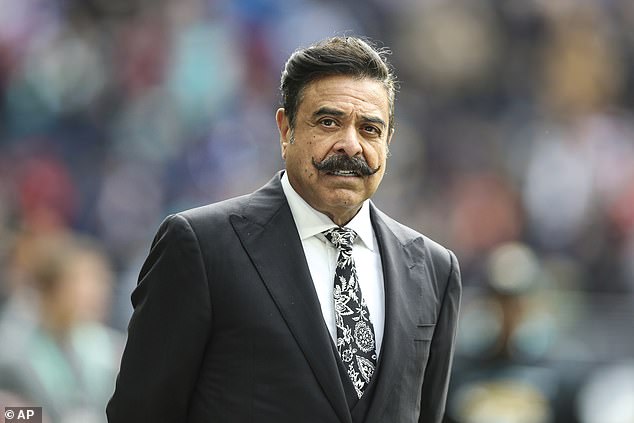 But despite having the No 1 overall pick, over $100m of cap space and appointing a new head coach in Meyer, the Jags have continued to unravel.

They picked quarterback Trevor Lawrence last year, but after a chastening first season in the NFL he can look forward to an offseason buoyed by a third win. 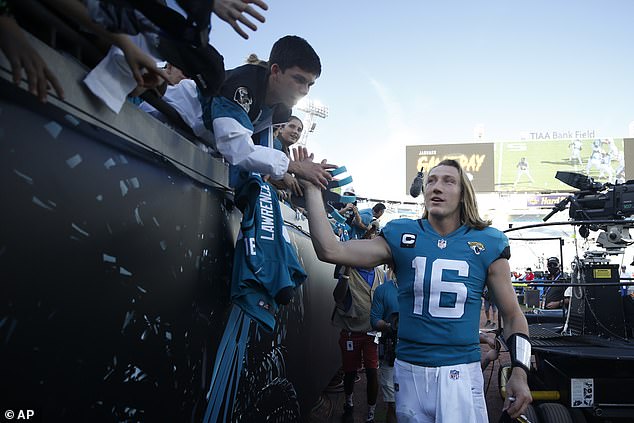 ‘We’re not playing for the playoffs. This is our last game. Going to see a lot of different faces. Just knowing all those things and to have a group that really comes out ready to go, locked in and dominates the game, especially when you’re playing against a team that is playing for everything.

‘They win this game, they’re in, the stakes don’t get higher, and just to come out and dominate, it feels really good to finish the season that way.’ 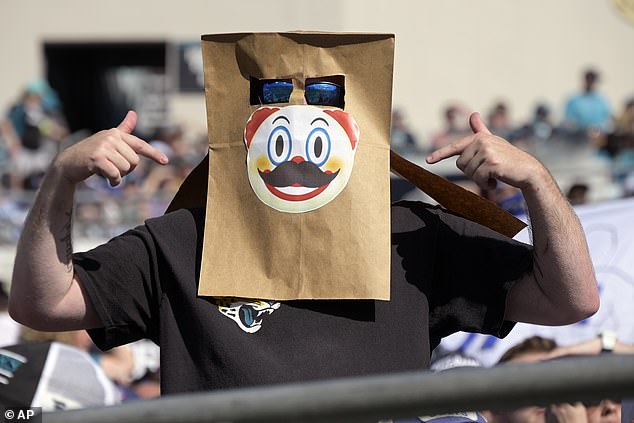 Another Jaguars fan makes his point during the season finale, a surprise win over the Colts

For the Colts, there will be nothing but regret. They went into the game as 14.5 point favourites, despite losing on their last six visits to Jacksonville. A win would have secured back-to-back playoff appearances, but instead they are on the outside looking in.

And in Jacksonville the search for another head coach – the fifth of the Khan era – continues. Bill O’Brien, Kellen Moore, Jim Caldwell and Doug Pederson are among those linked with the vacancy.