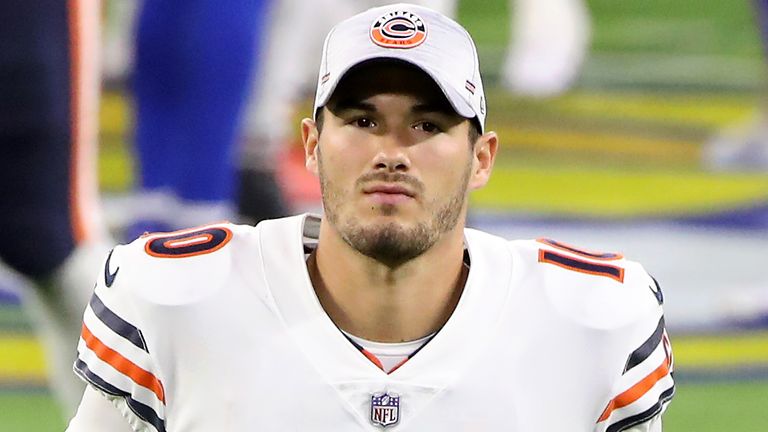 Mitchell Trubisky will start at quarterback when the Chicago Bears face the Green Bay Packers on Sunday night in a key NFC North match-up.

Bears coach Matt Nagy announced the return of Trubisky, who started the first three games of the season, on Friday.

The 26-year-old was replaced by veteran Nick Foles during the Bears’ Week 3 win at the Atlanta Falcons. Trubisky was 3-0; Foles has a 2-5 record.

Foles injured his hip on the final series of the Week 10 home loss to the Minnesota Vikings, while Trubisky has been out with a shoulder injury. “We are excited that Mitch is ready and it is an opportunity for him,” Nagy said.

Foles managed only 106 yards on 15 of 26 passing against the Vikings on November 16. He was intercepted once. Tyler Bray came on to finish the game with Trubisky unavailable.

Nagy said Foles will travel to Green Bay and has not ruled him out as a back-up to Trubisky.

The Bears have lost four games in a row heading into the game against the Packers (7-3).