NFL and baseball legend Bo Jackson has messaged Damar Hamlin, telling him ‘we won’ after hearing the hospitalized Bills safety asked if his team had triumphed in Monday night’s game.

The 24-year-old has shown signs of encouragement in his progress in recent days after suffering a cardiac arrest and being resuscitated during the first quarter of the Monday Night Football game against the Cincinnati Bengals.

The football world has come together following the horrifying moment and Jackson, who played for Las Vegas Raiders between 1987 and 1990, responded to Hamlin’s question three days after his collapse. 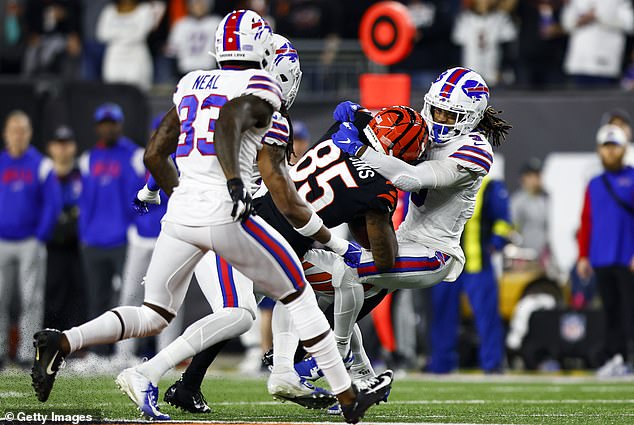 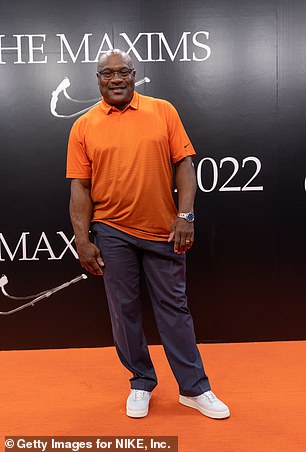 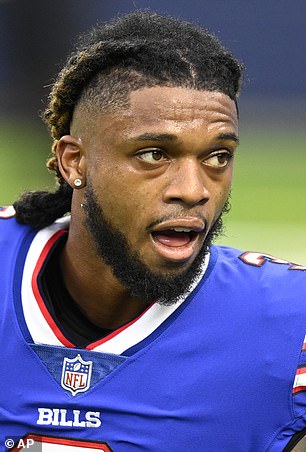 ‘Dear @HamlinIsland, The question you asked, “Did we win?” The answer to that is yes, we did win,’ the 1990 Pro-Bowler wrote on his Twitter profile.

‘The very second you opened your eyes, the nation celebrated and cheered. So to answer your question, hell yeah we won young man!!’

Doctors at the University of Cincinnati Medical Center said Hamlin had made ‘substantial improvement’ on Thursday.

‘He is beginning to awaken and it appears his neurological condition and function is intact,’ said UC College of Medicine’s Dr. Timothy Pritts in a video press conference.

Hamlin had been sedated following his on-field resuscitation on Monday, but began communicating with doctors in writing Wednesday.

The 24-year-old defensive back even asked doctors who won Monday’s game, which was canceled Thursday. 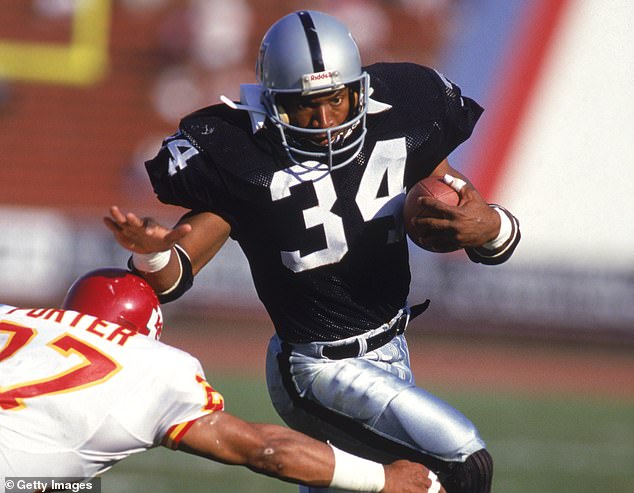 ‘Our response was: Damar, you won,’ Pritts told reporters. ‘You won the game of life.’

On Friday Hamlin’s breathing tube was removed and Buffalo team coach Sean McDermott also revealed the player talked to the team, saying ‘love you boys’ via a FaceTime call on Friday and flexed his arm muscles for his surprised Bills teammates.

The NFL will support Hamlin this weekend with all 32 teams able to offer a pregame moment of support, wear t-shirts with Hamlin’s name and number on while the number threes on fields may be painted in Bills colors.

Damar Hamlin’s inspiring progress over the past few days has lifted the spirits of the entire NFL and football fans across the country.

While his recovery is just beginning, we thank the NFL medical personnel and the medical staffs from both teams whose emergency action quite likely saved his life. We are also grateful to the professionals at the University of Cincinnati Medical Center who tended to Damar and continue to oversee his care.

Seeing the entire NFL family — teams, players, coaches, and fans like you — band together was yet another reminder that football is family: human, loving and resilient.

This weekend, players and coaches from all 32 teams will wear “Love for Damar 3” T-shirts during pregame warmups in a league-wide show of support for Damar.

I’m deeply hopeful that with his continued progress, there is a good chance Damar himself will be watching his teammates. We are grateful for and humbled by all who played a role as he continues on his road to recovery.

On behalf of the entire NFL, thank you.