Of all the B-roll coming out of NFL training camps this summer, nothing resonated quite like the sight of Cam Newton dancing up a storm on Bill Belichick’s practice field.

I’m guessing the footage came from the warm-up period, but the image spoke loudly nonetheless.

Of course, it’s all about winning football. Yet with Newton securing the starting job as the Patriots begin the post-Tom Brady Era on Sunday against the Dolphins – while Belichick has heaped the type of praise on his new quarterback that he usually saves for talking up the merits of an upcoming opponent – apparently there’s much substance flowing with the style.

Still, we’re talking Team Cyborg here. Patriots players have raved as much about Newton’s ability to boost the team’s energy level in the same spirit that Belichick has gushed about his work ethic.

What does that tell us? After the deflation of TB12’s departure with his six Super Bowl rings, the Patriots could definitely use a jolt.

They both need each other. Newton, who has called it a “match made in heaven” to be aligned with Belichick, needs to revive a career that has sputtered since his MVP season in 2015 was ingloriously capped by a blowout loss in Super Bowl 50. Part of his slide can be attributed to injury, but even that has another layer of context when considering that he suffered the original foot injury that ultimately wrecked his 2019 season by scrambling in a preseason game – at Foxborough, of all places – as if it were a championship moment.

Superman, as Newton fashions himself, can sometimes be a bit reckless. Although there’s surely a fine line between preservation and the ability to tap into special athleticism, being available generally trumps subjecting yourself to Kryptonite.

Belichick, meanwhile, can further prove his resourcefulness by knocking it out of the park with another revived veteran. Previous cases, including Rodney Harrison, Corey Dillon, Randy Moss and Junior Seau, bought into the Patriots’ culture and fit in. That’s undoubtedly part of the mix with Newton, but maybe Belichick has evolved to some extent, too, and realizes that being hard-line rigid won’t be the ticket to getting the best out of his new quarterback. Until proven otherwise.

It probably won’t matter to Belichick if QB1 celebrates touchdowns with his imaginary bit of peeling back his uniform to reveal the “S” on his chest. And if Newton shows up to post-game press conferences in elaborate fashion statements or costumes, it probably won’t be big deal – as long as the substantial football work is flowing.

Give it time before drawing conclusions. The bargain contract says as much. Newton, whose market leverage was zapped when he signed in July, took a one year, $1.75 million deal, with an additional $6 million in incentives. If he stays healthy, with his tools a much bigger deal looms — from the Patriots or a free agent suitor.

In the meantime, Newton might prove to be the perfect dance partner for the Patriots as they transition to life without Brady.

INSIDE THE OPENER: Winners and losers from the Chiefs' win over Texans

WEEK 1 PICKS: We make the call on all the opening games

A quick glance at other items of interest as Week 1 rolls on in the NFL:

— Who’s hot: Dak Prescott. With the huge contracts signed recently by Patrick Mahomes (10 years, $503 million) and Deshaun Watson (4 years, $160 million), the price the Cowboys will have to pay to keep their franchise quarterback continues to rise – especially if he can build off his sparkling 2019 campaign. Prescott surely has something to work with as his already strong supporting cast was bolstered by rookie receiver Cee Dee Lamb and new coach Mike McCarthy. Sure, championships matter, but Watson has yet to reach a Super Bowl, too, and scored a $40 million average. Also striking: During an offseason when he “settled” for a $31.4 million franchise tag, Prescott has sent some strong public messages – in social justice actions and in revealing that he underwent counseling for depression and anxiety — that seemingly reflect inner growth.

— Pressure’s on: Dan Quinn. Until the Falcons rallied with a four-game winning streak that turned 3-9 into 7-9 last season, it seemed that Quinn was hard-pressed to survive. Now, given havoc the pandemic has inflicted on normal NFL operations, it will be interesting to see how that factors into decisions on coaching staffs across the league – and not necessarily as a cushion to buy more time. In Quinn’s case, other potential factors include the projected rise of the Bucs with Tom Brady and the perceived shrinking Super Bowl window for Matt Ryan. But first things first: The Falcons can perhaps set a tone against a legit championship contender in the Seahawks.

— Key matchup: DeAndre Hopkins vs. Richard Sherman. The past three seasons, with Deshaun Watson as his quarterback, Hopkins caught 315 passes for 4,115 yards and 31 TDs. And the Texans still dealt him away. Now, he’s suddenly Kyler Murray’s top target with the Cardinals and a 49ers pass D that ranked No. 1 in the NFL last season will undoubtedly account for his presence. Rarely will Sherman, 32, exclusively trail one receiver in a zone-heavy scheme. But the 49ers bucked that trend in the NFC title game smashing of the Packers as Davante Adams received extensive shadow treatment from the crafty vet still considered one of the best. Either way, whenever Hopkins and Sherman face off, it will be one of the most enticing game-within-a-game scenarios of Week 1.

— Rookie watch: Joe Burrow. Maybe the fresh face of the Bengals would not have been drafted No. 1 overall following the most prolific season ever by a college quarterback, if the pandemic occurred a year earlier. Burrow’s rise at LSU last year clearly came at the right time for a Cincinnati franchise desperate to make a leap of its own. The degree of difficulty for rookie quarterbacks is compounded by the lack of offseason reps lost to the pandemic. So, as Burrow debuts against the Chargers, it’s fair to temper the expectations. Then again, when you can hand the ball off to Joe Mixon and throw to A.J. Green, you’re in better shape than most rookie quarterbacks.

—  Next man up: Jeremiah Attaochu…and Malik Reed. You don’t have to remind Broncos coach Vic Fangio that he can’t replace centerpiece linebacker Von Miller with one player. Miller, an eight-time Pro Bowl pick with 106 career sacks on his resume, went down on the last play of practice on Tuesday with what is feared to be a season-ending ankle injury. He will soon undergo surgery to repair tendon damage. Both Attaochu (primarily a backup during his first six seasons) and Reed (who stuck last year as an undrafted free agent) logged starts last year after Bradley Chubb’s ACL injury, but Fangio didn’t declare a clear-cut starter for Monday night’s opener against the Titans. They will split the reps in a fluid situation that will depend on specific packages and presumably performance. What a tough loss for the Broncos and certainly for Miller, who earlier this year contracted COVID-19. It will also be interesting to assess whether there is an uptick in non-contact, lower-extremity injuries such as Miller’s – one of the trends the last time the NFL had a season without a full offseason, following the lockout in 2011.

— If the playoffs were today… The Ravens and Lamar Jackson would seriously have something to prove. Jackson, the reigning NFL MVP, has had months to process the fact that his remarkable NFL ascent has been dampened by one-and-done playoff results in back-to-back seasons. No, it’s not all on the quarterback. But Jackson is the obvious focal point while gracing the cover of Madden 21. And he knows. The Ravens, opening against pesky division rival Cleveland, can’t accept anything less than a Super Bowl run after squandering their No. 1 seed in January. Perhaps the Ravens are the team most likely to prevent the Chiefs from becoming the repeat Super Bowl champ since the ’04 Patriots. At least that’s how it looks to start the season.

— Stomach for an upset: Cardinals at 49ers. If Kyler Murray & Co. are to live up to the hyped expectations for a breakout season, the opener at Levi’s Stadium against the defending NFC champs provides the prime opportunity to make a statement. San Francisco is a 7-point favorite, but remember, the Cardinals played the 49ers tough in both games last year and in Santa Clara flirted with an upset until the final minutes. And hey, are the 49ers poised to suffer from a Super Bowl Hangover as others who lost the Big Game?

—  Did you notice? The Eagles seemingly avoided a sudden contract controversy in striking a new contract with Jason Peters that includes a significant raise that accounts for his shift back to his old left tackle post. Peters was previously pegged to roll at right guard to replace Brandon Brooks, out for the year with an Achilles injury, but switched back to the role protecting Carson Wentz’s blind side after Andre Dillard suffered a season-ending biceps injury. The musical chairs emergency duty netted Peters, 38, a $2 million signing bonus with the new, one-year deal that could be worth $8 million, ESPN’s Adam Schefter reported. This reflects the premium for O-tackles, as the previous contract paid $3.163 million.

— Stat’s the fact: When the two oldest active players in the NFL, Tom Brady (43) and Drew Brees (41) meet at the Superdome on Sunday, it will mark the first time in NFL history that two opposing quarterbacks over 40 will start. That, and the first matchup pitting two guys who have combined to pass for 151,933 yards and 1,088 touchdowns. 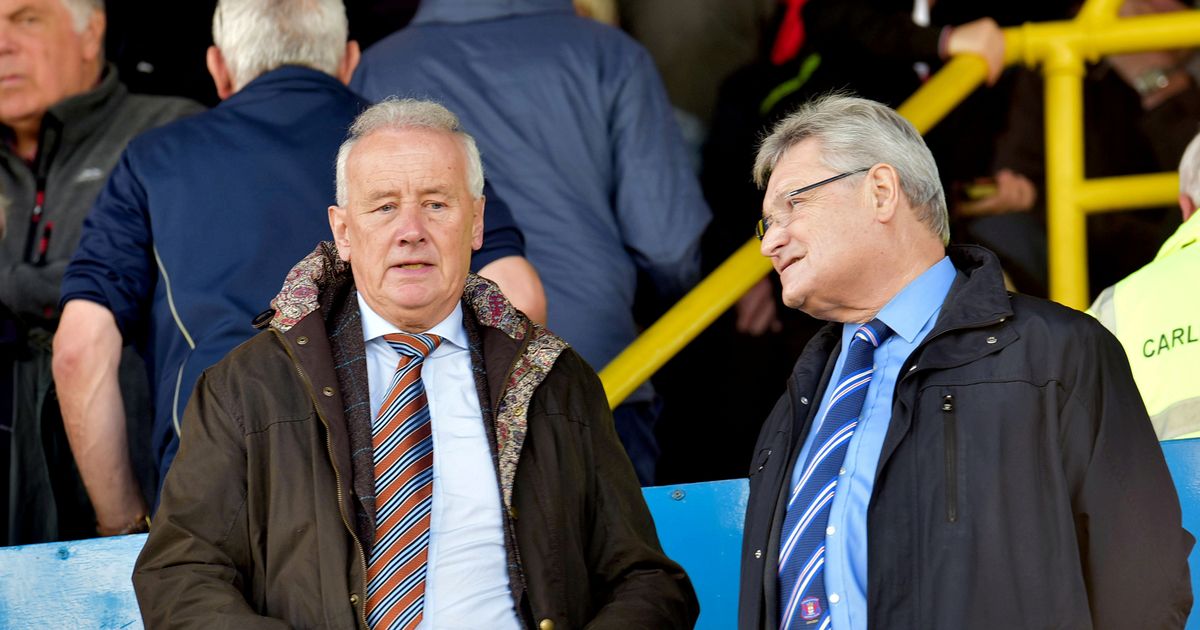