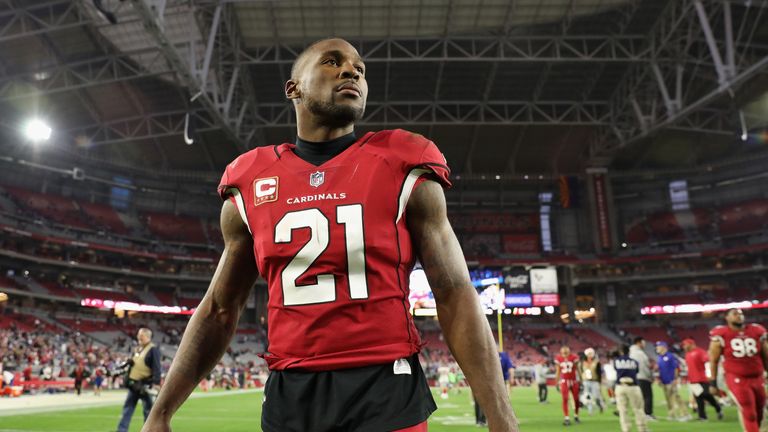 Arizona Cardinals cornerback Patrick Peterson has reaffirmed his commitment to the team, saying he intends to be around for “years to come.”

Peterson moved to clarify his future two days after ESPN reported the 28-year-old “desperately” wanted out in Arizona and had requested a trade amid the team’s 1-6 start to the season.

In a statement posted on Twitter, Peterson said: “I’ve been incredibly frustrated with how the season has gone.

“But my energy is 100% focused on being part of the solution & helping us turn this around. I’ve never shied away from a challenge before and I’m not starting now.

“I have always given my all to the Cardinals organization, my teammates & fans. That is what I intend to do for the years to come. I am an Arizona Cardinal and my focus is on this week’s game.”

After the statement was released, ESPN reported Peterson met with Cardinals president Michael Bidwill for 30 minutes on Tuesday. Per the report, the pair discussed ways for Arizona to improve, and Bidwill assured Peterson of the team’s desire to win.

Back story to Patrick Peterson announcing he's staying with Arizona: He met Tuesday for 30 minutes with Cardinals president Michael Bidwill. They discussed ways for the Cardinals to get better and for Peterson to be a leader. PP got assurances from ownership about winning.

Bidwill and head coach Steve Wilks have each been emphatic the Cardinals would not trade Peterson, who is one of only four players (along with Joe Thomas, Patrick Willis and A.J. Green) since 1990 to make the Pro Bowl in each of his first seven NFL seasons.

Taken fifth overall by Arizona in 2011, Peterson has started all 119 games in his career, posting 23 interceptions (one returned for a touchdown) and 74 passes defended.

Known for shadowing opponents’ No. 1 wide receivers, Peterson has taken a different role this season in Wilks’ zone-heavy scheme. He has two interceptions and three passes defended through seven games, along with a sack and a fumble recovery.