Four arrests, a fifth defeat in six games and one quarterback controversy that just won’t go away.

The Jacksonville Jaguars’ latest annual excursion across the Atlantic was one to forget, as they sank to a 24-18 defeat by the Philadelphia Eagles.

It was a first loss in four years in their adopted home, and leaves their season in a state of flux, as they move to 3-5. 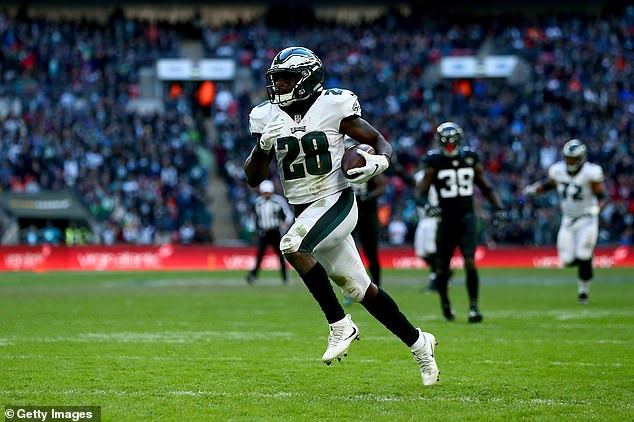 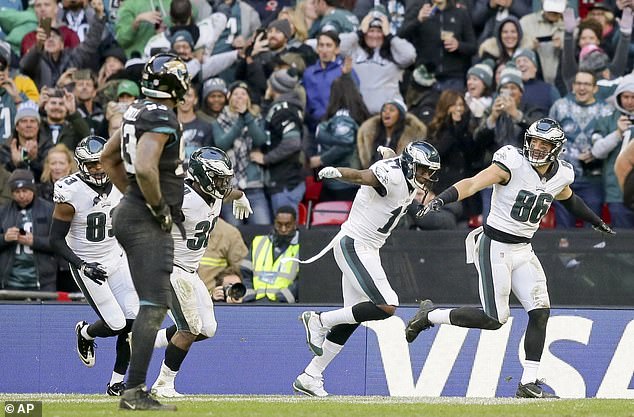 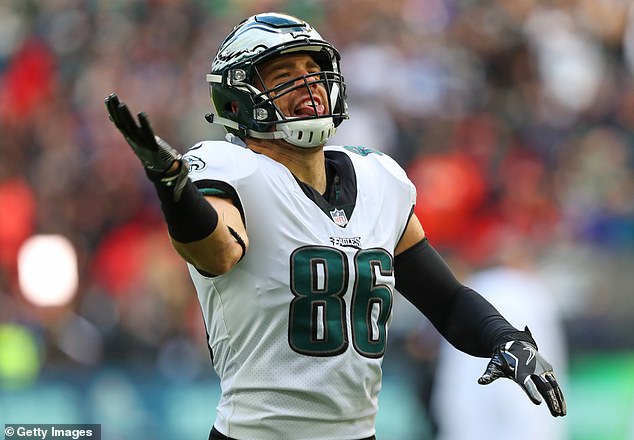 Ertz celebrates his touchdown as Philadephia coast to victory over Jacksonville 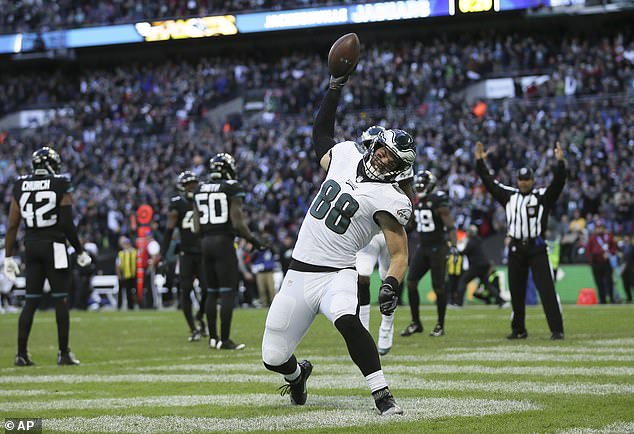 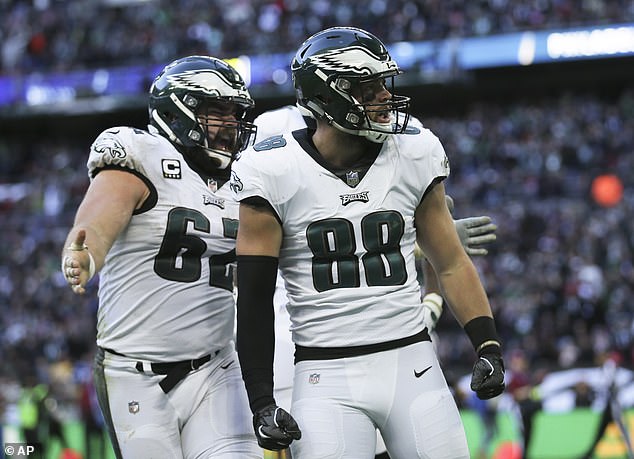 The reigning AFC South champions are a distance off retaining their title.

Quarterback Blake Bortles, who threw for 286 yards and a touchdown, stalled in the red zone as he failed to inspire an insipid offense, which has scored a meagre 46 points in the last four games.

Meanwhile, the Eagles are a shadow of the side that won the Super Bowl in February, but retain a knack for scoring at the right time.

Two touchdowns either side of half-time knocked the wind out of the Jaguars, and their defense just about did enough to stall any hope of a Jaguars comeback. 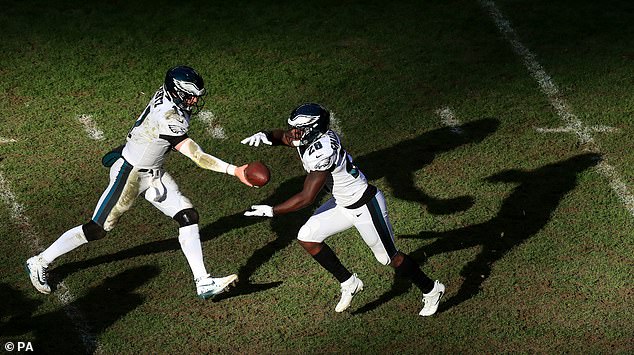 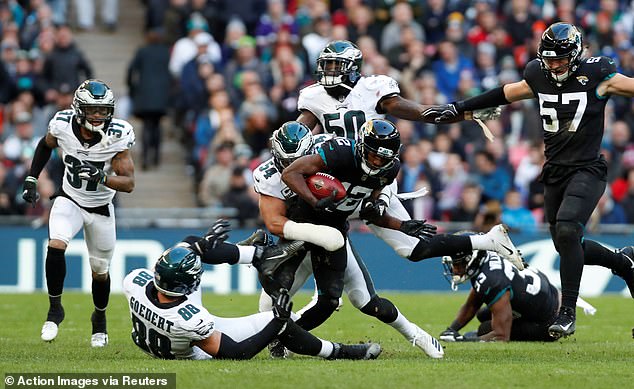 The first came after a game-changing forced fumble from Avonte Maddox on Jaguars receiver Keelan Cole deep into the second quarter. Wentz marched the Eagles up the field before connecting with tight end Dallas Goedert for a 32-yard touchdown.

On their first drive of the second-half, the Eagles’ indifferent running game finally got going, with Wendell Smallwood finishing off a second-straight scoring drive with a 36-yard touchdown.

The Jaguars rallied with a touchdown of their own – Bortles threw a dime to Dede Westbrook – but Wentz found Zach Ertz from 5 yards with 9min 55secs remaining to make it a two-score game. 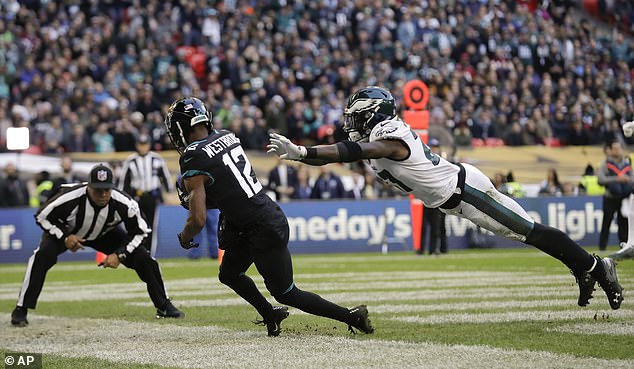 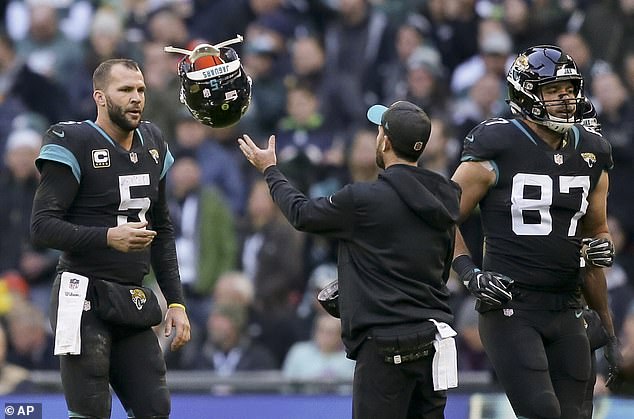 The Jaguars had their chances to win it, but receiver DJ Chark dropped Bortles’ pass in the end zone.

On the following possession, there were howls on the Jacksonville sideline – and among the record 85,870 crowd – as a fumble was overturned in favour of the Philadelphia.

They held on, and might just have saved their season. The same cannot be said for Jacksonville.