Dave Wilson is an editor for ESPN.com since 2010. He previously worked at The Dallas Morning News, San Diego Union-Tribune and Las Vegas Sun.

The 2020 college football season is guaranteed to look different, but the Big 12 has a similar feel to the past few years. The Sooners are the king until someone else dethrones them.

The question, however, is which Oklahoma players will stand out. We know quarterback won’t be an issue, judging from Spencer Rattler’s pedigree and Lincoln Riley’s history dating to East Carolina. But the team’s first depth chart is missing some big names: No Kennedy Brooks (opted out) or Trey Sermon (transferred to Ohio State) at running back, no Caleb Kelly (injured) at linebacker. CeeDee Lamb, Kenneth Murray, Parnell Motley and Neville Gallimore are in the NFL.

Yes, the Sooners always have talent. Stars will emerge. But for now, a survey of the conference’s best players make it clear: Oklahoma State has the star power to make Bedlam interesting; Texas and Sam Ehlinger, with two new coordinators, is hungry for a breakthrough; and Iowa State has talent at key positions to threaten anyone.

It’s still the high-flying Big 12 and a couple of common themes are clear: Quarterbacks and safeties are among the strengths of the league. Same as it ever was.

Here are our top 25 players in the conference:

The Big 12’s best player already has earned a place in OSU history. Hubbard’s 2,094 yards in 2019 ranked behind only Barry Sanders’ legendary 1988 season, and his 12 100-yard games rank tied with Sanders. Along with Tylan Wallace and Spencer Sanders, he makes the Cowboys’ offense among the country’s most dangerous. After leading the FBS in rushing yards and 200-yard games (four), he became just the fifth 2,000-yard rusher to return to school.

Wallace tore his ACL last season in Week 9 and still finished with 903 yards and was a finalist for the Biletnikoff Award as the best receiver in the country. In 2018, he led the Big 12 with 1,491 yards and added 12 touchdowns. Last season, he was leading the Big 12 in receiving yards and was fourth in the FBS, averaging 17.0 yards per reception, at the time of his injury. Wallace appears healthy and ready to prove he’s the best receiver in college football.

Despite a depleted running back corps last season, Ehlinger carried the load for the Longhorns, putting up 4,326 all-purpose yards, second in school history to Colt McCoy’s 2008 season, and scored 39 touchdowns (32 passing, seven rushing). He opened eyes against eventual national champion LSU by throwing for 401 yards, rushing for 60 more and scoring four total TDs. In new offensive coordinator Mike Yurcich’s quick-paced scheme, Ehlinger might have more opportunities to spread the ball around and contend for that elusive conference title.

The Sooners (and new QB Spencer Rattler) got a big boost with Humphrey’s decision to return for his senior year. A Rimington Trophy finalist a year ago, Humphrey did not allow a sack in 799 plays and had 93 knockdowns. He’s Mel Kiper’s No. 1-ranked center for next year’s draft and will anchor a solid OU O-line that has all five starters returning.

In 2018 as a true freshman, Sterns made the All-Big 12 first team and was a finalist for the Thorpe Award. He made just eight starts last year with a lingering knee injury and the Longhorns’ injury-plagued defense fell apart. Sterns says he feels back to himself this offseason, which is bad news for opposing offenses, and good news for new defensive coordinator Chris Ash.

The 6-7, 309-pound junior has the NFL drooling and draws raves for his footwork and composure. He already has started 26 games, including a full season at left tackle last year, where he allowed pass-rush pressure on just 10 plays, with only one resulting in an incompletion. He’s listed as the No. 10 overall prospect in Todd McShay’s most recent 2021 NFL draft rankings.

Purdy is coming off an outstanding sophomore year in which he threw for 3,982 yards with 27 TD passes and was a second-team All-Big 12 selection. In two years with the Cyclones, he has quickly developed into a NFL prospect and starts the year as ESPN NFL draft analyst Mel Kiper Jr.’s No. 5-ranked draft-eligible quarterback.

The Big 12’s preseason Defensive Player of the Year, as voted on by conference media members, Stills is coming off a breakout junior season in which he was named first-team All-Big 12. He finished the season with 14.5 tackles for loss and seven sacks.

The 6-2, 230-pound senior broke out last year as a force in the middle of Gary Patterson’s 4-2-5 defense, leading the Big 12 with 125 tackles, including 18 for a loss to earn first-team all-conference honors. He led the Horned Frogs in tackles in 10 of their 12 games, including racking up 19 against TCU.

Moehrig emerged last year as one of the best safeties in the country, when he had 62 tackles, four interceptions, forced two fumbles and broke up 11 passes. Now a 6-2, 202-pound junior, he made ESPN’s preseason All-America team and teams with fellow standout safety Ar’Darius Washington to form an imposing back end for TCU.

Crazy stat: Williams is just the second running back in KU history to have back-to-back 1,000-yard seasons (James Sims was the other). While his production slipped from his freshman season (down from 7 yards per carry to 5.1 and from 7 TDs to just 3), he still showed his game-breaking ability in a 50-48 slugfest loss to Texas, when he had 190 yards and two touchdowns. After finishing the year with 1,042 yards, Williams will try to make history with a third straight 1,000-yard season.

As a sophomore, Bernard had 112 tackles in 2019 with 9.5 tackles for loss and 4.5 sacks to lead a stingy Baylor defense and helped fill in for the loss of Clay Johnston, who was leading the team in tackles at the time of a season-ending injury. Bernard had a career-high 19 tackles against TCU, the most by a Baylor player since 2011. He was a second-team All-Big 12 pick last season and begins the year on several national award watch lists.

Like Chuba Hubbard, Ogbongbemiga is another Canadian star for the Cowboys. He was voted defensive MVP by his teammates after last season, where he had 100 tackles (15.5 for a loss) and had five sacks. Leads an experienced linebacker corps alongside Malcolm Rodriguez with Calvin Bundage returning from injury.

Considering an Oklahoma quarterback has been a Heisman finalist in each of the past four seasons, Rattler became a legitimate contender for college football’s most prestigious award the moment he was named the Sooners’ starting quarterback. He arrived at OU as the No. 1-ranked dual-threat quarterback in the country and has drawn praise not only for his ability to play within the offense but also after a play breaks down.

As a sophomore, Ossai had a productive season with 90 tackles (13.5 for a loss), five sacks and two interceptions. But he showed a flash of his star potential operating from a hybrid pass-rush position in the Valero Alamo Bowl, where he had nine tackles — six of those for a loss — and three of his five sacks. Now moved to that Jack hybrid position full time this year, Texas will turn him loose.

After fleeing Arizona, and the Pac-12, as a graduate transfer in search of a fall season, Schooler quickly was named a starter for the Red Raiders. In three years at Arizona, Schooler was one of the Pac-12’s most productive linebackers. He was the conference Defensive Freshman of the Year in 2017 and a first-team all-conference selection in 2018.

The Cowboys’ team MVP as a sophomore in 2019, Harvell-Peel was one of the most productive defensive players in the Big 12. He finished the season with 71 tackles, five interceptions, 13 pass breakups and was named first-team All-Conference. His six pass breakups against Iowa State were the most by a player in an FBS game last year.

After being named a freshman All-American by ESPN in 2018, Perkins was even better as a sophomore, ranking second on the Sooners in both sacks (6.0) and tackles for loss (13.5). He was a second-team All-Big 12 selection but missed the Sooners’ College Football Playoff semifinal loss to LSU because of a suspension and will be out an indefinite number of games to start the season.

A newcomer to the Big 12, Spielman led Nebraska in receiving yards (898) and touchdown catches (five) last season before transferring over the summer. He recorded at least 800 receiving yards in all three seasons in Lincoln, had 170 catches and provides a boost for an offense that will be breaking in a new quarterback with last year’s starter Max Duggan sidelined with an undisclosed health issue.

As a redshirt freshman, Washington broke into the starting lineup, starting five games including the last four of the season. He led TCU with five interceptions, the most by a freshman in Gary Patterson’s 19-year career as a head coach. Washington was third on the team in tackles with 46, including 14 against Oklahoma.

One of the nation’s few fourth-year starting quarterbacks, Brewer was an All-Big 12 honorable mention pick in 2019 when he threw for 3,161 yards with 21 touchdowns and seven interceptions. He enters the season ranked No. 2 nationally among active quarterbacks with 7,742 passing yards, behind only Texas’ Sam Ehlinger (8,870).

The 6-3, 270-pound Hubert received first-team All-Big 12 honors as a sophomore in 2019 when he led the Wildcats with 12.5 tackles for loss and seven sacks. A disruptive force on the defensive line, he ranked eighth in the conference in tackles for loss with 12.5 last year.

Kolar was a semifinalist for the John Mackey Award in 2019 after catching 51 passes for 697 yards with seven touchdowns. His 697 receiving yards were the most by a tight end in school history and he was a third-team AP All-American.

The younger Stills brother was named second-team All-Big 12 in 2019 after recording seven sacks and 11.5 tackles for loss. His 10 career sacks in two years, with just three starts, are the most on the roster. 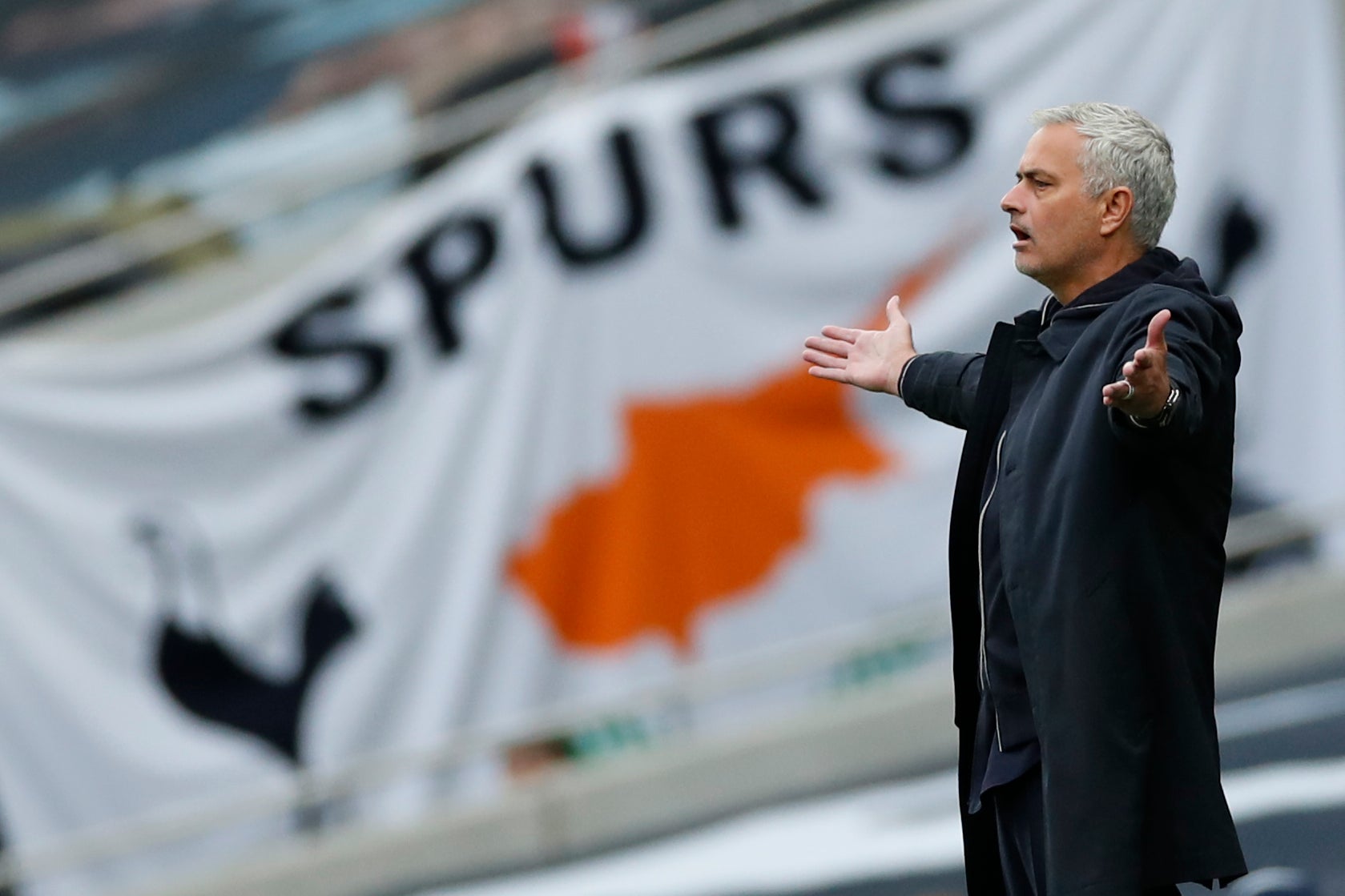 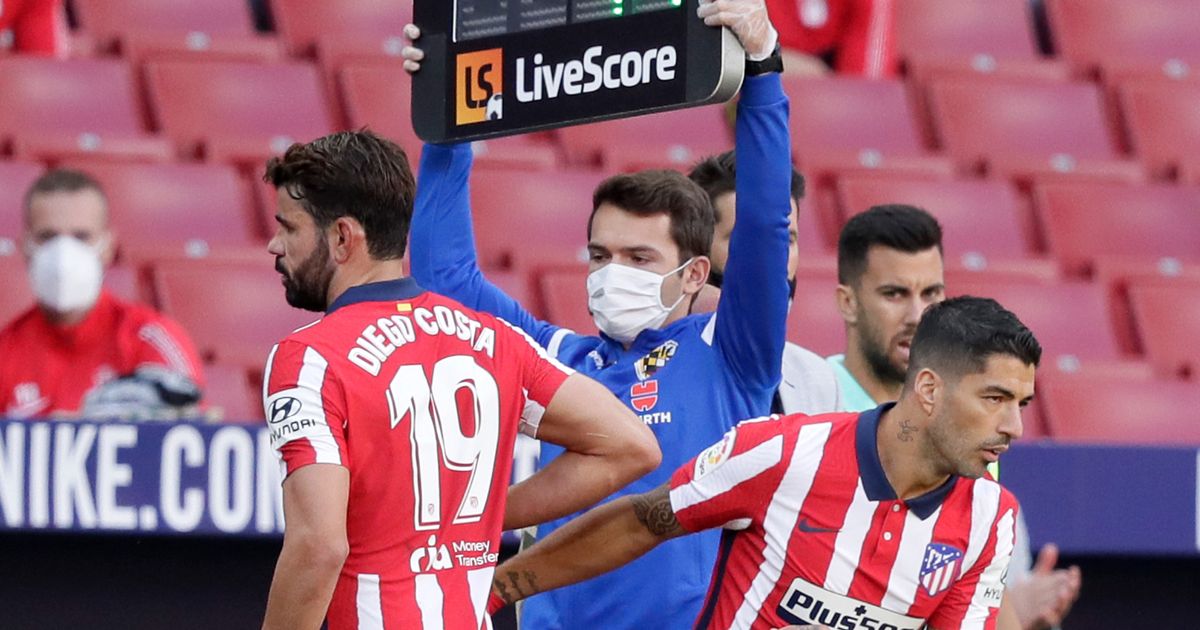 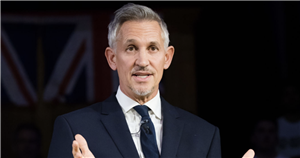