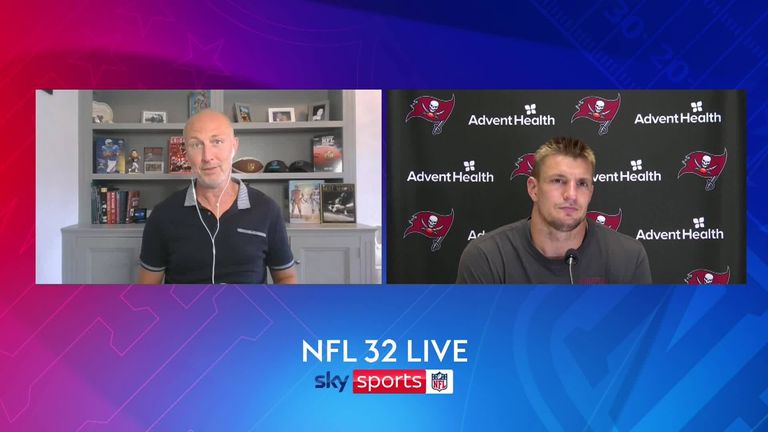 A well-rested Rob Gronkowski is raring to go as he edges closer towards his NFL comeback with the Tampa Bay Buccaneers.

The tight end had announced his retirement in March 2019 after winning three Super Bowl rings and earning five Pro Bowl selections in his nine-year career with the New England Patriots.

He returned to the league this off-season though, reuniting with former Patriots team-mate Tom Brady following his New England departure after 20 years.

“It feels good to be back doing what I love, catching passes from Tom, making blocks for the running back, just doing what I do,” he said on NFL 32 Live.

“Running up and down, running up the seams, just all over the place. I just love the game of football and being out there with my team-mates.

“I took care of myself and I felt like I was ready to come back and play and what better situation can it be than coming down to Tampa and playing with Tom? It’s a fantastic organisation. I’m just glad to be back.”

Gronkowski and Brady connected for 7,786 yards and 78 touchdowns in their time together in Foxborough, putting them fifth on the list of most prolific touchdown combinations in NFL history.

Having spearheaded the Patriots’ offense together for so many years, they are now hoping to lead the Buccaneers to the playoffs for the first time since 2007.

On the subject of his old friend, Gronkowski said he has seen little difference to his game despite Brady turning 43-years-old in the summer. 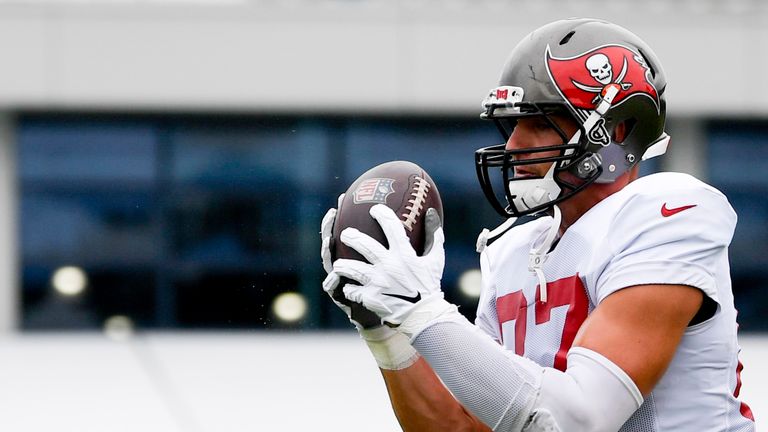 “He’s looking like Tom,” he added. “I met him when he was like 32/33-years-old and now he’s 43 and he’s looking like the same old Tom, throwing the money all over the place, short routes, deep routes, intermediate routes.

“Wherever the ball needs to be he’s placing it well and he’s running the offense super well. It’s a lot of fun to be a part of it. We’ve been part of one organisation our whole lives and there’s a lot of guys that jump around, it’s a new situation for both of us.”

The arrival of both has naturally fuelled optimism in Tampa Bay, particularly with key pieces already in place elsewhere on the team.

Shaq Barrett led the NFL in sacks with 19.5 last season on a defense that ranked first against the run, while on offense Brady has two 1,000-yard receivers in Mike Evans and Chris Godwin to aim for, alongside a tight end unit containing Gronkowski, O.J. Howard and Cameron Brate.

This off-season also saw the Bucs supplement the potential of running back Ronald Jones with the experience of LeSean McCoy in the backfield. 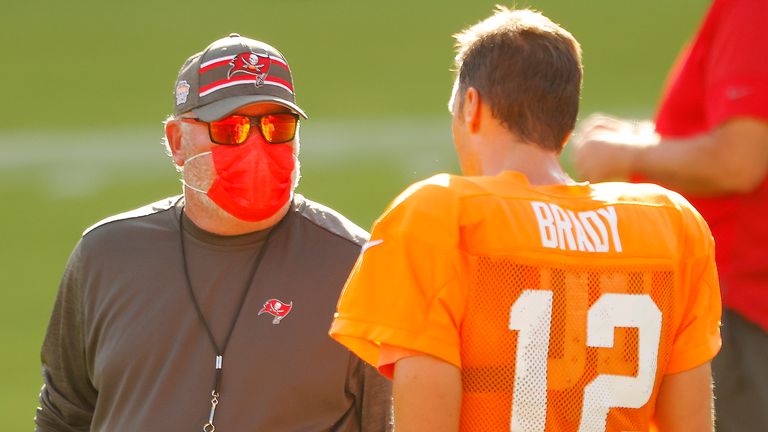 Nevertheless, Gronkowski has been around long enough to know that pre-season excitement means nothing without results on the field.

“There’s always going to be hype, there needs to be hype,” he said. “That’s how you sell papers, that’s how you get people to read the headlines, the article. Hype doesn’t mean anything, you actually have to play the game.