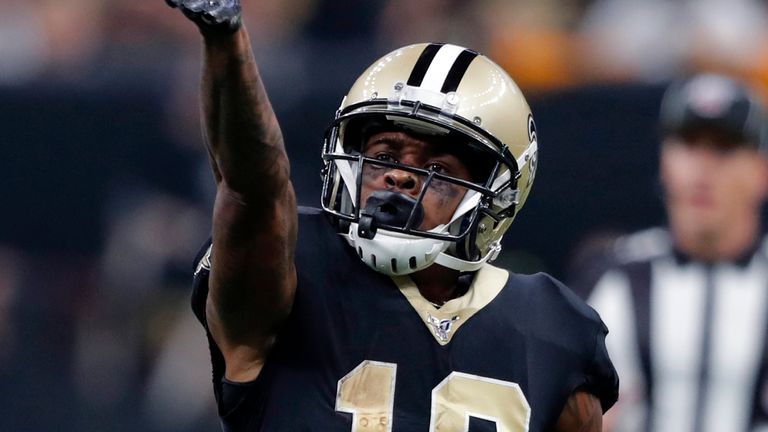 Veteran wide receiver Ted Ginn Jr retired from the NFL after 14 years on Friday, returning to Glenville High School where his career first began to make the announcement.

Ginn, selected ninth overall by the Miami Dolphins in 2007, posted 412 catches for 5,742 and 33 touchdowns alongside 9,523 return yards for seven scores across 193 regular-season outings in his career.

“I’ve dedicated my entire life to football until now,” Ginn said during his press conference. “I’m going out in peace. On my own terms, not forced out.”

Ginn had been a star at Ohio State prior to his arrival in the NFL, his elite track speed paving the way to 125 receptions for 1,943 yards and 15 touchdowns along with a Big Ten record for most career punt return touchdowns with six. He was also a three-time All-American and the recipient of All-Big Ten first-team honours in 2006.

“Sad to say, but not really sad to say, really joyful to say that I’m going to take my time and retire this year,” Ginn said on NFL Network’s Total Access. “I had a great career. Little League to NFL. I have nothing to hold back. I enjoyed my time at every level. I played at the highest level. I’m just thankful to be able to have this time and it’s a joy.”

His most productive season in the NFL arguably came in 2015 when he recorded 16.8 yards-per-catch and 10 receiving touchdowns, both career highs, within his 44 catches for 739 yards to help the Panthers reach Super Bowl 50.

Between 2015 and 2017 he managed three successive seasons of at least 700 yards receiving, before seeing a knee injury limit him to just five games with the Saints in 2018.

Having supplied 30 catches for 421 yards and two touchdowns in New Orleans in 2019, Ginn headed for Chicago where he would feature just six times during the 2020 campaign.