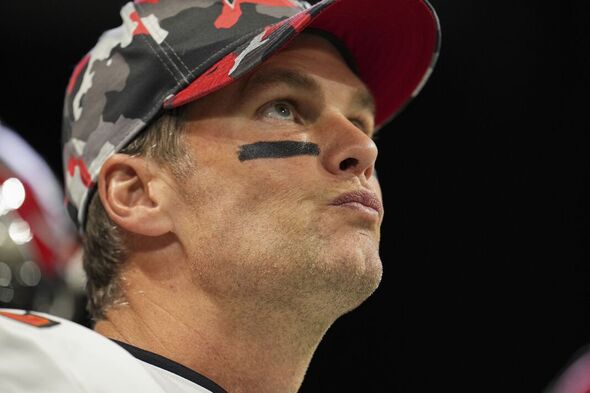 Tom Brady snapped back on his own podcast when asked a familiar question – whether or not he will return to the NFL in 2023 for his 24th season. Brady’s season ended last week when his Tampa Bay Buccaneers were defeated by the Dallas Cowboys in comfortable fashion. It brought an end to a disappointing campaign, with the team finishing with a losing record for the first time in Brady’s career.

Fans now wonder whether they have seen Brady on an NFL field for the last time, just one year removed from him announcing his retirement before reversing that decision to run it back for one more year with the Buccaneers.

But after the team’s disappointing season, with work to do on the roster and limited resources to do so, Brady may be swayed to not return to the team, only interested in playing if he has a good chance of winning another Super Bowl.

Rumours swirling recently have all seemingly pointed to one direction, that the 45-year-old will return to the sport next season, but it’s unlikely to be with the Buccaneers. Even some of his former teammates have stated that they think he will leave the team.

And Brady himself spoke for the first time on his future since the season-ending loss, when Jim Gray asked him on his own Let’s Go! podcast how long he will leave it before revealing his choice.

The 45-year-old is clearly unsure whether he will return to the sport, and he may look to see what options are out there before he makes his final decision.

The New York Jets, San Francisco 49ers, Las Vegas Raiders, Miami Dolphins and New Orleans Saints have all been linked with a potential move for Brady – all teams who feel that they could contend if the legendary passer joins them.

However, Brady will be unable to communicate with any team until the legal tampering period opens on March 13, with free agency beginning 48 hours later.